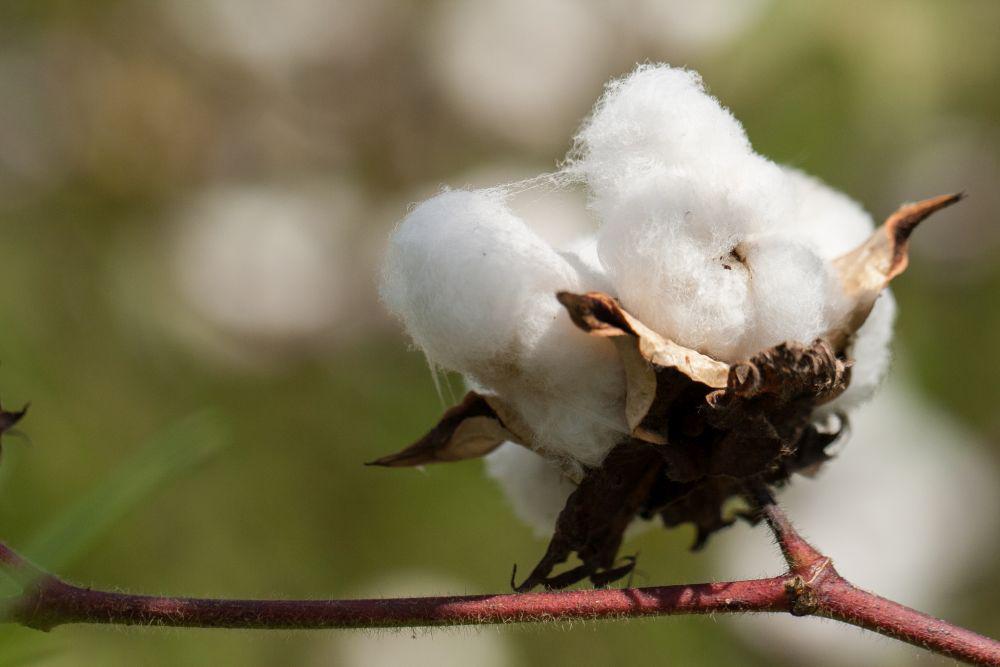 GOTS-certified organic cotton contains gene-manipulated organisms (GMO). The guidelines prohibit this. However, GOTS (Global Organic Textile Standard) does not pursue these accusations, but rather contests the testing process. Not only we have been warning for a long time: at some point, there will be neither GMO-free cotton, nor clean seed in India, as manipulated genes reach non-manipulated plants of the same species through pollination and thus become part of the seed. Especially India, where GMO cotton was first cultivated in 2002 and where the percentage has in the meantime reached more than 90%, now has a greater problem. GMO contamination has now been found in GOTS-certified cotton thread from India.The suspicion that certified organic cotton contains GMO was voiced by the state-run Indian export organisation Apeda in April 2009. During his time with the organisation, director Sanjay Dave spoke about a case of fraud of “gigantic proportions”. It was written in an article of the Financial Times Germany, that dozens of villages had introduced large amounts of genetically-manipulated cotton to the market together with Western certification companies. Back then it was assumed that the organic textile industry would not bite the hand that feeds it, and that the industry would start to monitor the production process more closely. However, this sadly did not happen.Now, the Swiss magazine Saldo (similar to the German Ökotest-Magazin) has conducted research in India and has had GOTS-certified organic cotton thread tested. The result: the German laboratory has detected high amounts of GMO contamination. When confronted with the results, a GOTS spokeswoman opposed the results, saying “GMO can only be detected in the raw cotton, not in cotton thread”. This statement is true as long as only cheap, fast tests are conducted. If one really wants to get to the bottom of the matter and if more money is spent on reliable tests, this statement is false.read more: http://www.cotonea.com/toxid-curl/press-release-gmo/Since the cotton weaving mill Elmer & Zweifel was founded in 1855, the natural fibre cotton accompanies the enterprise. Until 2003 they produced almost excluding cotton articles for medical purposes as well as technical fabrics for the automobile industry. In addition to technical textiles, the enterprise today concentrates on biologically cultivated cotton and the production of home and house textiles as well as clothing. Since 2006 organic cotton bedclothes and bath laundry, bed goods and baby clothes as well as clothing for adults are produced and distributed under the brand Cotonea. The organic cotton comes from own orcanic cotton projects in Uganda and Kyrgyzstan.Cotonea - Gebr. Elmer & Zweifel GmbH & Co KG Roland Stelzer Auf dem Brühl 1-9 D-72658 Bempflingen roland.stelzer@elmertex.depress contact: indivisio Hannelore Ohle Hohnerstr. 25 D-70460 Stuttgart ++49 711 75881374 hannelore.ohle@indivisio-pr.de

06-08-2020 | Fashion, Lifestyle, Trends
Cotonea - Gebr. Elmer & Zweifel GmbH & Co. KG
How does a customer know how “green” a textile manufacturer is?
Our sales representatives are often asked at fairs how a customer can know how “green” a textile manufacturer is. In concrete terms, the question is whether a producer or supplier really does what it claims to do. Is a quality standard label such as Oeko-Tex (with relatively low standards) enough for the consumer or does he ask for a completely organic product with high standards such as IVN BEST or
09-05-2019 | Politics, Law & Society
Cotonea - Gebr. Elmer & Zweifel GmbH & Co. KG
Cotonea contributes to achieving the UN’s Sustainable Development Goals (SDG): …
In order to finally and fundamentally move the world in the direction of sustainable development, in 2014 the United Nations (UN) agreed on 17 global Sustainable Development Goals. The member countries should implement these by 2030. In order to achieve this, everybody has to contribute. Simply by cultivating and processing fair cotton, the world’s poverty could be drastically reduced. Cooperative models with fair pay and the participation of farmers, run in
11-28-2018 | Politics, Law & Society
Cotonea - Gebr. Elmer & Zweifel GmbH & Co. KG
Cotonea is the world’s fourth-largest processor of fair organic cotton
Cotonea has come fourth in a list of the ten largest manufacturers of fair organic cotton – of 111 companies worldwide that took part in the survey. This has just been announced by the US non-governmental organization Textile Exchange (TE). For more than ten years Cotonea has been using fair organic cotton from its own cultivations and has now been rewarded for its many years of commitment in Uganda and
11-12-2018 | Energy & Environment
Cotonea - Gebr. Elmer & Zweifel GmbH & Co. KG
Cotton requires only little water – when professionals are at work!
Who invented it, the fairy tale of thirsty cotton; who claimed it was true, repeated and spread it, thus making everyone believe it? Maybe the synthetic fibre industry? The truth is: cotton uses less water than all other common field crops! And in the end, farmers do have to cultivate some kind of crop. This escalation clearly shows that the cotton plant is not the problem. When taking water shortage into

10-10-2018 | Advertising, Media Consulting, …
XploreMR
GMO Soybean Market Estimated to Flourish at by 2026
Global market for GMO soybean will continue to be influenced by its increasing adoption for use as animal feedstock, and for production of GMO soybean oil. However, GMO soybean oil has been witnessed to be harmful for liver functioning. This may hinder adoption of GMO soybean significantly. This report, published by XploreMR, provides in-depth analysis of the global GMO soybean market for the forecast period 2017-2026, and offers key
09-19-2018 | Business, Economy, Finances, B …
Fact.MR
GMO Soybean Market Via Indepth Qualitative Insights 2017-2022
A new research study published by Fact.MR projects the global GMO soybean market to record an impressive 8.2% CAGR, in terms of volume, over the forecast period, 2017 to 2026. More than US$ 410,000 Mn worth of GMO soybean are poised to be sold across the globe by 2026-end. Biotechnologies help Farmers Producing GMO Soybeans in Reducing Market Risks and Production Time Adoption of genetically modified organisms (GMO) soybean has surged considerably since the
07-26-2018 | Energy & Environment
Silage Corn Seed Market Report 2018
Silage Corn Seed Market Report 2018: Segmentation by Product (GMO, Non-GMO, Othe …
Global Silage Corn Seed market research report provides company profile for Limagrain, Dow AgroSciences, Bayer, Denghai, China National Seed Group, Advanta, DuPont Pioneer, Monsanto, Syngenta, KWS and Others. This market study includes data about consumer perspective, comprehensive analysis, statistics, market share, company performances (Stocks), historical analysis 2012 to 2017, market forecast 2018 to 2025 in terms of volume, revenue, YOY growth rate, and CAGR for the year 2018 to 2025,
05-30-2018 | Advertising, Media Consulting, …
Future Market Insights
Non GMO Yogurt Market Intelligence with Competitive Landscape
Non-GMO and organic foods, apart from natural food stores, Non-GMO products now came in mainstream and sold in major supermarkets nationwide. It has been noticed, consumer is demanding more organic & Non GMO products. Non-GMO yogurt is where the presence of toxic persistent pesticides, artificial hormones and antibiotics, for production of the milk is zero. The use of Non-GMO reached nearly 11% on food and beverages since 2013, the demand
09-08-2017 | Business, Economy, Finances, B …
Global GMO Seed
Global GMO Seed Sales Market Report 2017
The Global GMO Seed Sales Market Report 2017 is a professional and in-depth study on the current state of the GMO Seed industry. Firstly, the report provides a basic overview of the industry including definitions, classifications, applications and industry chain structure. The GMO Seed market analysis is provided for the international market including development history, competitive landscape analysis, and major regions’ development status. Secondly, development policies and plans are discussed as well as manufacturing processes and cost
03-16-2017 | Business, Economy, Finances, B …
Transparency Market Research- Food & Beverage
Major Driving Factors for Non-GMO Papaya Seed Market
Non-GMO Seed refers to a seed which consists of Non-GMO (Non Genetically Modified) components in the range of 99.1% to 100% whereas rest can be GMO components, ingredients or qualities. Non-GMO Seeds helps in maintaining the underlying basis for organic agriculture and interaction of the ecological effects of the inputs into our food supply. Non-GMO Seeds are preferred over GMO seeds because of the negative impact of GMO seeds on
Comments about openPR
We publish our press releases on openPR.de because we like people who are "open" - just like us.
Frank Obels, CEO, INCONET - Informationssysteme, Communication und Netzwerkberatung GmbH