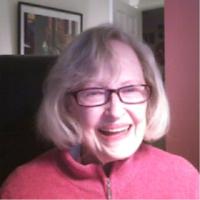 You can edit or delete your press release Life After Death Can Be Proven Says Pat Chalfant, CARE Certified Spiritualist Psychic Medium, Author of 'Spirit Lights a Path To Mediumship' here

12-16-2020 | Fashion, Lifestyle, Trends
CouponMeUp.com
Spirit of giving on a budget
Now that Black Friday and Cyber Monday are behind us, shoppers could be thinking that the best deals are in the past. However, savings season is still going strong with lots of stores pushing hard with their discounts to lure last minute shoppers still looking for their presents this holiday season. You can finish your shopping with strong discounts. Sale promotion manager Andrew from CouponMeUp.com says, “Shoppers working their
01-26-2018 | Associations & Organizations
TRG International
Creating a “Team Spirit” in Your Organisation
It is a generally accepted fact that projects, when done by a group of people, yield better results and require much lesser time to execute. While some types of work do not require you to interact with many people, possessing a team spirit nowadays is considered to be one of the essential skills that every candidate must have. Teamwork is essential to the success of your business Teamwork is essential to the success
05-18-2017 | Associations & Organizations
MarketResearchReports.biz
Global Spirit Market to 2021
MarketResearchReports.Biz presents this most up-to-date research on "Global Spirit Market to 2021" Description This publication enables readers the critical perspectives to be able to evaluate the world market for spirits. The publication provides the market size, growth and forecasts at the global level as well as for the following countries: Argentina, Armenia, Australia, Austria, Azerbaijan, Bangladesh, Bolivia, Bulgaria, Cameroon, Canada, China, Colombia, Cyprus, Czech Republic, Ecuador, Egypt, Estonia, Ethiopia, Finland, France, Georgia, Germany,
11-22-2016 | Tourism, Cars, Traffic
Bow Tie Strategies
KO DISTILLING ANNOUNCES FIRST ‘BROWN’ SPIRIT
KO Distilling is releasing their first-ever brown spirit, Bare Knuckle American Wheat Whiskey, just in time for Black Friday. Containing a high wheat and no corn mash bill of 60% wheat, 30% rye and 10% malted barley, all from Bay’s Best Feed Farm in Heathsville, VA, Bare Knuckle has been aged for a year in full-size 53-gallon new charred American Oak barrels. KO Distilling will unveil Bare Knuckle American Wheat Whiskey
07-22-2011 | Leisure, Entertainment, Miscel …
Spirit Rescue International
The Illanelli Poltergeist Haunting - Spirit Rescue International
A series of online videos, which have received exposure through YouTube, show an "entity investigation" taking place at a Llanelli, Wales home. Whistles, chirps and whispered words in Welsh and English are clearly audible in the video. As well, large and smaller objects have moved about in the living room and kitchen As things have continued to go bump in the night, the terrified occupants of the Llanelli house — a
10-28-2010 | Arts & Culture
Stagevisions
Spirit of Scotland John Cashmore
On Thursday 4th November at 19:30 in the Johanniskirche in Düsseldorf, the British Opera star John Cashmore will be presenting his Scottish concert „Spirit of Scotland“. You may already know of John from his performances in NRW in Eric Woolfsons musical Gaudi, West Side Story, Bernsteins Mass and concerts with the WDR rundfunkorchester. This is the 5th tour station of Spirit and a chance to see this lovely concert full of
Comments about openPR
I can't but agree to the positive statements about your portal: easy to use, clear layout, very good search function, and quick editing!
Jens O'Brien, Borgmeier Media Communication