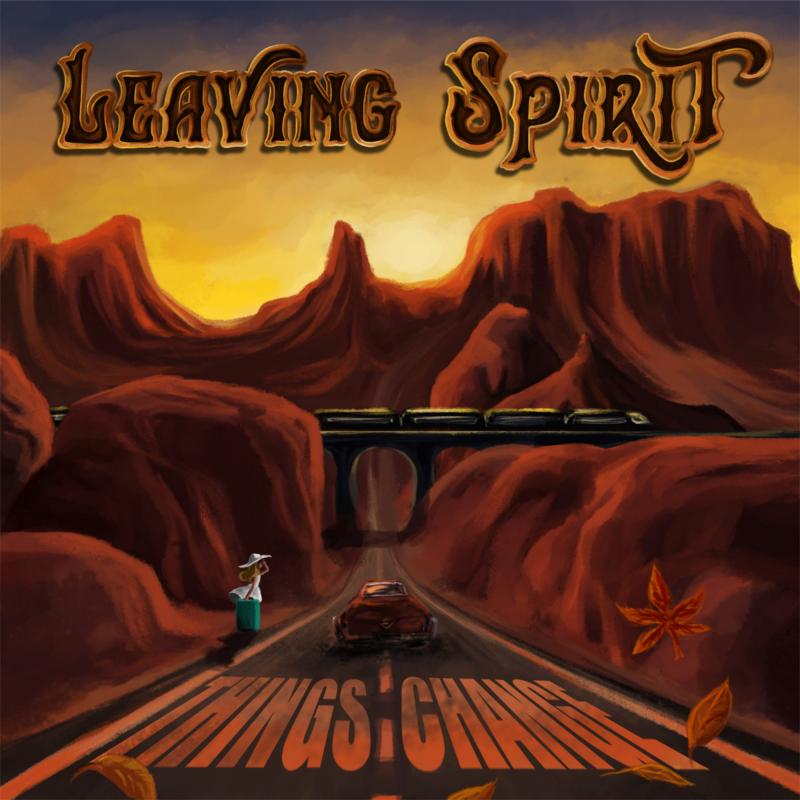 After more than 1.5 years of production, the time has finally come: On August 2, 2019, the debut album "Things Change" by the young german blues and southern rock band "Leaving Spirit" will be released on all digital platforms and on CD. On average, the boys and girls are younger than 20, but nevertheless they count artists like Neil Young, Eagles and Robert Johnson among their biggest influences. But it's not just about reproducing the well-known, but rather preserving the culture of handmade rock music and carrying it into the present day!"Each of the 13 songs on our album has its own character. Musically, we tried to underline that with different instruments like the Lap Steel guitar, mandolin, dobro, blues harp and even spoons!", says Songwriter and guitarist Florian Eppel. A recommendation for fans of blues, country and southern rock, who are still looking for the right soundtrack for the next road trip in summer!Leaving Spirit Florian Eppel Thebenweg 1 97084 Würzburg +49 176 96789010 info@leavingspirit.comLeaving Spirit stands for handmade rockmusic with influences from blues-, country- and southernrock! The six young musicians from Wuerzburg, Germany present their original songs in the style of Neil Young, Eagles, Blackberry Smoke, etc. Their debut album „Things Change“ will be released on August 2nd, 2019 on all digital platforms and on CD via amazon. In addition to classic rock formation based on three guitars, bass and drums, they also use some more exotic instruments like lap steel guitar, mandolin and blues harp. The band was founded in 2016 out of a project of a local music school in Wuerzburg. Since then they played a lot of gigs in the local area around their hometown. The band presented their first original song “Red Leaves” at „Enter the Stage“ contest of a local rock organization (WüRG e.V.) in May 2017. In the following months they played a lot of gigs at clubs and festivals in northern bavaria and began to record their debut album in 2018. They will play a small tour around Germany to support their release.

06-03-2021 | Health & Medicine
Change the Change
Change The Change Is Launching Its 6-Week Menopause Education
UK –Change the Change, a startup company helping ageing women cope with the effects of menopause, will launch its 6-week online course that talks about everything a woman should learn and do during menopause. The target release date is June 8, and those who will sign up will get the chance to chat with the company’s owners Andie, Carol, Fran, and Karen.  Change the Change is an online startup offering education
01-14-2020 | Business, Economy, Finances, B …
GS Industries of Bassett, Ltd.
GSIB Leadership Change
A major leadership transformation occurred at GS Industries of Bassett, Ltd. Tony Helms, Production Manager took over the management of the company as General Manager on January 1, 2020. Mr. Helms has worked for GS Industries of Bassett for 32 years. Mr. Terry Cundiff will continue as Vice President for a time to insure a smooth transition for the new General Manager. 85 Rosemont Road Bassett, VA
12-18-2019 | Science & Education
Success Gyan
Change makers 2019: Enabling change, Fueling Success
Looking down memory lane reminds us of the memorable Success Gyan journey. Right from when the Founder and CEO Surendran Jeyasekar sowed the seed for Success Gyan eight years ago with a path-breaking idea, the company has gone from strength to strength. Despite people not catching on to the concept early on, Success Gyan has actively worked towards increasing awareness about the potential of the idea, throughout the years. From one
10-30-2018 | Industry, Real Estate & Constr …
IMAF Group
Risk Management at Change
Germany/Europe - 10/30/2018 The recent political turmoils in terms of globalization versus patriotism is baffling business stakeholders worldwide about business risks and chances, especially in the framework of investments abroad. Handling perils like sudden travel advises, updated sanction lists and the likeliness of a global trade war can be a rather challenging and demanding for private individuals, enterprises and company groups alike. This makes cooperating with a specialised, internationally positioned
10-04-2017 | Arts & Culture
Diamante Daniel
Author Diamante Daniel Releases New Book About Climate Change, 'It Starts With A …
Diamante Daniel has announced the release of 'It Starts With A Change - Endangered Animals And Climate Change In Pennsylvania'. Climate change. What do we imagine when we hear the words? Increasing temperatures? Rising sea levels and flooded cities? Drought that causes starvation of millions of people? Many books have been written about the impact of climate change on people’s health and well-being. What is less well known is that climate
09-13-2012 | Science & Education
Pragya Publications
What Does Not Change
Summary: There is no dearth of people saying that in this universe only constant is change. However, this is not so. Natural laws and innate nature of things are invariant with respect to time and place. It is generally known that this is an ever-changing universe. Each and every thing we see and all the events we observe are in a state of constant flux. Even the simplest of stable
Comments about openPR
Your portal is fast, simple, and easy to use. Others may have more functions but they also demand more editing time, you have to preformat the text in order to achieve a good result etc. I think openPR is really fantastic!
Andreas Knepper, wallmedien AG