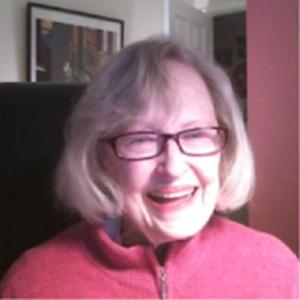 You can edit or delete your press release Proof Of Life After Death Offered By Pat Chalfant, CARE Certified Spiritualist Psychic Medium In 'Spirit Lights A Path To Mediumship' here

12-06-2017 | Arts & Culture
Pat Chalfant
Pat Chalfant, Certified Care Medium, To Offer Psychic Readings As Christmas Gift …
Pat Chalfant is a Certified CARE Medium who gives psychic readings and teaches mediumship classes. For the 2017 Christmas Season, she will be offering psychic readings to members of the public who wish to give them to others as Christmas gifts. Pat is offering a special holiday reading of 15 to 20 minute for $25 which she calls a Mini-Reading. She expects it to join the ranks of her regular
09-12-2017 | Arts & Culture
Pat Chalfant
Miraculous Visions And Miracle Healings Are Common Occurrences For Pat Chalfant, …
For most people, miracles in the forms of healings or visions are extraordinary events. For Pat Chalfant, they happen frequently. So much so that she has incorporated these kinds of events into her work and her life. Pat is a Certified CARE Medium who now gives psychic readings and teaches mediumship classes. Pat recently related several of these events. "Dr. Brumet had barely finished his final comments," Pat stated, "in the
07-05-2017 | Arts & Culture
Pat Chalfant
Life After Death Can Be Proven Says Pat Chalfant, CARE Certified Spiritualist Ps …
While many of us believe there is an afterlife, for most it is just that - a belief. But where is the proof? The proof will not be found by science; it will instead be found in experience. CARE Certified Medium and author Pat Chalfant knows, beyond any shadow of doubt, that the afterlife exists. For Pat and many of her students and clients, the proof lies in the
04-11-2017 | Arts & Culture
Pat Chalfant
Proof Of The Afterlife Is Not Available To Science, But Exists Nevertheless Says …
All of us experience death. It might be the death of a spouse, the death of a family member, the death of a child or a close friend. It is the most devastating experience any human must endure. Not surprisingly, many of us believe in an afterlife or, at the very least, hope there is an afterlife. But where is the proof? Finding proof of the afterlife is no easy task.

02-17-2021 | Advertising, Media Consulting, …
HTF Market Intelligence Consulting Pvt. Ltd.
Milk Chocolate Market Worth Observing Growth | Brookside, Nestle, Barry Callebau …
HTF MI started a new business research with title Global Milk Chocolate Market Study Forecast till 2027 . This Global Milk Chocolate market report brings data for the estimated year 2021 and forecasted till 2027 in terms of both, value (US$ MN) and volume (MT). The report also consists of detailed assessment macroeconomic factors, and a market outlook of the Milk Chocolate market. The study is conducted by applying both
02-25-2019 | Business, Economy, Finances, B …
eonmarketresearch
Global Organic Cocoa Market 2019 - Barry Callebaut, Olam, Cargill, SunOpta
This new report by Eon Market Research, titled “Global Organic Cocoa Market 2019 Research Report, 2015 – 2025” offers a comprehensive analysis of Organic Cocoa industry at a global as well as regional and country level. Key facts analyzed in this report include the Organic Cocoa market size by players, regions, product types and end industries, history data 2014-2018 and forecast data 2019-2025. This report primarily focuses on the study
06-22-2018 | Business, Economy, Finances, B …
business news
Global Stevia Dessert Market 2018 - Coco Polo, Sweetal, Barry Callebaut
Apex Market Reports, recently published a detailed market research study focused on the “Stevia Dessert Market” across the global, regional and country level. The report provides 360° analysis of “Stevia Dessert Market” from view of manufacturers, regions, product types and end industries. The research report analyses and provides the historical data along with current performance of the global PP Pipe industry, and estimates the future trend of Stevia Dessert on
07-26-2016 | Advertising, Media Consulting, …
Market.Biz
Global Cocoa Market 2016 - Nestle, Mars, Cargill, Blommer, Barry Callebaut
Report on 2016 Global Cocoa Industry provides a deep analysis of the Cocoa market. Global Cocoa Consumption Price, Cocoa Market Size (Volume and Value) and End Users Analysis. In the beginning, (Worldwide Cocoa Market-2016) provides a basic overview of the Cocoa industry including definitions, classifications, applications and Cocoa industry chain structure. The Cocoa market analysis is provided for the international market, which includes Cocoa industry development history, competitive landscape analysis and
09-02-2011 | Media & Telecommunications
Barry Communications
Koziak Joins Barry Communications as Controller
WORCESTER, Mass., September 1 2011 – Barry Communications announced today that Marina Koziak of Webster has been named to the position of Controller. Her professional background includes several years of managerial experience in financial administration. Most recently, she served as Director of Finance for Page After Page in Shrewsbury. Before that, she was the Manager of Financial Reporting for Worcester Controls/McCanna in Marlborough and Controller at Palmer Foundry, Inc.
07-29-2011 | Media & Telecommunications
Barry Communications
Barry Communications Names Cohen Chief Technology Officer
WORCESTER, Mass., July 28, 2011 – Barry Communications announced today that Randall S. Cohen of Framingham has been appointed to the position of Chief Technology Officer. As Chief Technology Officer, Cohen will be responsible for planning and implementing all technology initiatives for Barry Communications. Cohen previous was President and owner of Griffin Business Solutions of Framingham, an independent communications consulting firm, and as Information Technology Manager for Advocates for Human Potential, Inc.
Comments about openPR
OpenPR is clearly structured and remains true to its principle of confining itself to the essential parts. OpenPR has proven to be a very good and reliable partner to our media agency: Within the shortest time the releases are online and go down well with the media representatives. The success of OpenPR is reflected in the steadily increasing number of press releases. It is good that OpenPR exists!
Ursula Koslik, Director Marketing & PR, F+W Hamburg