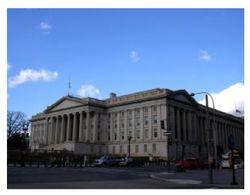 Cavalier Telephone, the Mid-Atlantic's leading provider of advanced telecommunications services, has been awarded a contract from a division of the United States Department of the Treasury.RICHMOND, VA - Cavalier Telephone, an integrated provider of telecommunications and data, including local and long distance telephone services and DSL high speed internet for businesses, government and residential customers, has announced the award of a contract from the Financial Crimes Enforcement Network (FinCEN), a division of the United States Department of the Treasury. Under this 10 year contract agreement, Cavalier Telephone will provide the Financial Crimes Enforcement Network with mission- oriented local voice and data network services to support their efforts safeguarding the United States' financial system from the abuses of financial crime, including terrorist financing, money laundering and other illicit activities. As reflected in its name, the Financial Crimes Enforcement Network is a network of people and information brought together to fight the complex problem of money laundering. Since its creation in 1990, FinCEN has worked to maximize information sharing among law enforcement agencies and its other partners in the regulatory and financial communities. FinCEN's network approach is a cost-effective and efficient way to combat money laundering domestically and internationally."Cavalier Telephone is proud to play a key role in FinCEN's efforts supporting Homeland Security. The Department of the Treasury requires the highest level of security, reliability and service and Cavalier is committed to delivering services that meet these needs," commented Brad Evans, CEO of Cavalier Telephone, (http://www.cavtel.com/).Cavalier has been serving Governmental entities such as Veterans Administration, United States Courts and the Department of Defense since 2003 providing business phone, long distance and additional telecommunications services. The FinCEN contract award allows Cavalier to add one more federal agency to the list of those taking advantage of the robust Richmond, VA based Competitive Local Exchange Carrier (CLEC)."We feel that there is an undeniable fit between the needs of Federal telecommunications users and the robust fiber network that Cavalier has built throughout the Mid-Atlantic. We are extremely pleased with this announcement and the positive impact that it will have for the Government and for Cavalier," commented Mike Magliato, Government Sales Director.Founded in 1998, Cavalier Telephone is a full-service, rapidly growing Competitive Local Exchange Carrier (CLEC) operating in 15 states including the District of Columbia. Cavalier has over $1 billion in fiber optic networking assets using state-of-the-art technology to offer high-quality phone and high-speed internet, including local and long distance service to more that 650,000 business and residential customers. Cavalier also provides services to government and wholesale customers.About Cavalier: Cavalier (http://www.cavtel.com/) is a provider of communications for home and business. Cavalier provides complete local and long distance phone services and high-speed DSL to residential and business accounts in 15 states including the District of Columbia.Media Contact: Media Department 2134 W. Laburnum Avenue Richmond, VA 23227 1-800-291-9699 http://www.cavtel.com