Cavalier Is Named Official Provider Of Communications To Dover Air Force Base, Delaware 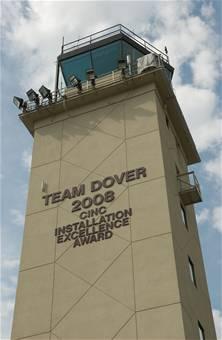 Cavalier, trusted provider of DSL and phone service, announces its contract with the United States Air Force to provide telecommunications services to Dover Air Force Base in Delaware.RICHMOND, VA -- Cavalier, a fast growing provider of high speed internet, home phone, and business phone services is pleased to announce that the United States Air Force has selected Cavalier to provide the telecommunications services at Dover Air Force Base, in Delaware. This is the first contract awarded to Cavalier from the United States Air Force. The agreement was originally awarded from the contracting officers of the 38th Engineering Installation Group at Tinker Air Force Base, Oklahoma, the issuing body for the communications contract. The contract is a five-year award, and under the terms of the agreement, Cavalier will provide local and long distance telephone services to the military installation, along with additional communication services.Cavalier has provided its suite of products and services to military installations since 2003. However, those contracts were issued through the Department of Defense in Washington, DC. Dover marks the first award from the United States Air Force to Cavalier and sets a precedent for further branch relationships. The military regularly grants civilian contracts for full and open competitive procurements for services. Cavalier was chosen after representatives evaluated and determined that it provided the best value to the Air Force."We are proud to have been awarded this communications contract from the United States Air Force. Cavalier strives to provide the latest technology at the highest level of security and reliability, a natural fit for branches of the armed forces," said Mike Magliato, Cavalier's director of government sales. (http://www.cavtel.com/) "Superior quality, dependability and value are necessities for the nation's military. Cavalier is at the forefront of the telecommunications industry and aims to exceed the Air Force's expectations," said Brad Evans, Cavalier's Executive Chairman.Dover Air Force Base operates the largest and busiest airfreight terminal in the Department of Defense, along with the Air Mobility Command Museum that welcomes thousands of visitors each year. Dover is also home of DOD's largest joint-service mortuary facility; the only one in the continental United States.About Cavalier: Cavalier Telephone (http://www.cavtel.com/) is a facilities-based, full-service telephone and high-speed internet company, offering the latest in advanced telecommunications products for residential and business customers in 17 states, including Virginia, the District of Columbia, Maryland, Delaware, New Jersey, Pennsylvania, New York, Ohio, Michigan, North Carolina, Georgia, Florida, Alabama, Mississippi, Louisiana, Tennessee, Kentucky, and Florida. For additional information regarding Cavalier Telephone, visit the company's website at http://www.cavtel.com/Media Contact: Media Department 2134 W. Laburnum Avenue Richmond, VA 2327 1-866-290-4200 http://www.cavtel.com

You can edit or delete your press release Cavalier Is Named Official Provider Of Communications To Dover Air Force Base, Delaware here