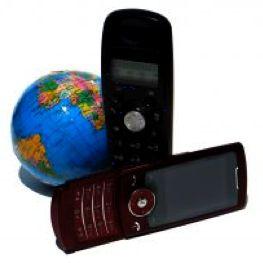 Cavalier Telephone, trusted provider of DSL and telephone service in 15 states, including the District of Columbia has responded to the controversial collection of telephone billing information by the Federal government.RICHMOND, VA - Cavalier Telephone, an integrated provider of telecommunications and data, including local and long distance telephone services and DSL high speed internet for business, government and residential customers, has commented on the controversy in the media regarding the federal government's alleged collection of telephone billing information. President Bush did not confirm or deny a newspaper report that the National Security Agency was collecting phone provider records of tens or millions of ordinary Americans' phone calls. "Our intelligence activities strictly target al-Qaida and their known affiliates. We're not mining or trolling through the personal lives of millions of innocent Americans," said President Bush. To date, Cavalier Telephone has not been involved in any efforts by the federal government to gather mass numbers of telephone records. Cavalier also does not provide individual customer's telephone records to any branch of the government without valid authorization, typically a subpoena or court order. Cavalier's provision of such records is governed by section 222 of the Communications Act of 1934, as amended by the Telecommunications Act of 1996. Information defined under the Act as 'Customer Proprietary Network Information' (CPNI) can be released only under specific circumstances, such as a written authorization by the affected customer, or a proper request by a government agency."Cavalier will always cooperate with lawful government requests for records, including customer telephone records, however, Cavalier has not received any blanket request for large numbers of telephone records. Our customers should also know that all request for individual records are carefully reviewed and that customer records are not sold off to other companies for telemarketing or other purposes." according to Stephen T. Perkins, General Counsel for Cavalier Telephone (http://www.cavtel.com/). Mr. Perkins also noted that Cavalier has confirmed its compliance with restrictions on the use of such customer records in a filing with the Federal Communications Commission.Founded in 1998, Cavalier Telephone is a full-service, rapidly growing Competitive Local Exchange Carrier (CLEC) operating in 15 states including the District of Columbia. Cavalier has over $1 billion in fiber optic networking assets using state-of-the-art technology to offer high-quality phone and high-speed internet, including local and long distance service to more than 650,000 business and residential customers. Cavalier also provides services to government and wholesale customers.About Cavalier: Cavalier (http://www.cavtel.com/) is a provider of communications for home and business. Cavalier provides complete local and long distance phone services and high-speed DSL to residential and business accounts in 15 states including the District of Columbia.Media Contact: Media Department 2134 W. Laburnum Avenue Richmond, VA 23227 1-800-291-9699 http://www.cavtel.com