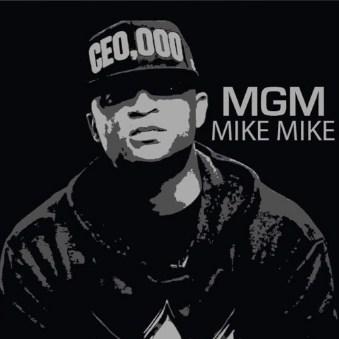 Hip hop music has long been a trendsetter amongst different genres of music. Rap is in inseparable part of hip hop music and over four decades hip hop and rap has evolved into a new culture where fashion, dance and graffiti have become a part of the mainstream genre. Over these years, hip hop has been immensely experimented and today hip hop doesn’t only signify something which is gritty, loud and aggressive. But today hip hop also deals with theme which is more soulful and poignant. This has also made new artist and composers to stay updated with the new trends in this changing genre. SoundCloud site the most pioneering site when it comes to hip hop and rap music. This site hosts numerous hip hop sensations from across the world who presents hip hop songs with their unique styles. One artist who needs some extra bit of attention this season is MGM Mike Mike who has become a label; today. After some back to back ravishing hits, Mike Mike drops another bizarre track “Still Coming Out Strong” in SoundCloud site. Music enthusiasts log on to SoundCloud to feel the mesmerizing beats.The track “Still Coming Out Loud” is another masterpiece by this stud which falls under the genre of hip hop and the rap but gives new dimension to this style. The beautiful lyrics and the catchy music beats powered with the witty lyrics will compel music lovers to play this track over and over again. Mike Mike hails from Bay St Louis and nurtured his musical talents since his childhood. For all those who want to witness this captivating performer, get in touch with him through his social sides. Others headover to SoundCloud and enter into the music gallery of MGM Mike Mike to enjoy his awesome compositions.Interested people follow this link: https://soundcloud.com/mgmmikemike/still-coming-out-strongMusic Promotion Club specializes in artist and music promotions in soundcloud, geared to promote the full spectrum of all genres of music, like that of – Hip Hop, Rap, EDM, Pop, Rock, Country, Dubstep, Mixtapes, Dancehall, Alt Rock, Jazz and Blues.Music Promotion Club5/10A, Netaji Nagar Ground Floor Kolkata- 700040 WB,India info@musicpromotion.club