On the Mike with Mike Sherman is Going Global 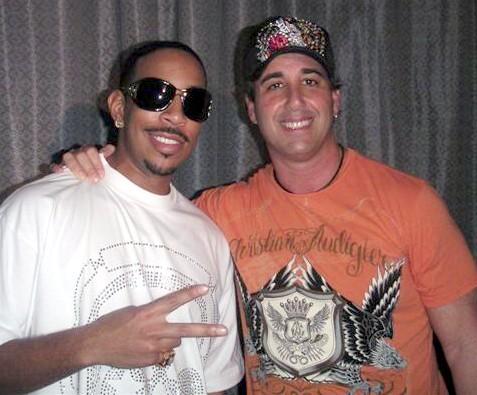 Mike Sherman Productions signs a three-year contract with Global Broadcasting Company to broadcast its premier music lifestyle television show across the worldDelray Beach, Florida: Mike Sherman Productions, Inc that produces “On the Mike with Mike Sherman”, one of the nation’s premier music lifestyle television shows, will be taking its show to the rest of the world from Jan 1, 2009.Mike Sherman Productions has signed a three-year contract with The Global Broadcasting Company, Inc. to begin broadcasting “On the Mike with Mike Sherman”, beginning in January 2009 on Total Hip Hop Television across western and eastern Europe including Germany, Austria, Luxembourg, Lichtenstein, Northern Italy, Switzerland and the Baltic states, with more countries being added throughout the year. The ultimate reach of its audience will be approximately 10 million subscribers across 16 countries with a total available subscriber population of 80 million. This is a breakthrough achievement for Mike Sherman Productions as penetrating the international market has been a big goal for the company since the inception of the show 3 years ago. “One of my major ambitions has been to get international distribution for the show via both TV and the Internet,” said Mike Sherman, creator and presenter of the show. “I’m very excited that, in the new year, we will finally be broadcasting across the world.”Now the rest of the world can enjoy, up-close-and-personal interviews, behind-the-scenes footage and live concert performances from a long list of today’s superstars such as Rihanna, Robin Thick, Snoop Dogg and Akon, to name a few.Viewers can check the Listings link on http://www.mikeshermanshow.com to find out when the show is broadcast in their area. It can also be viewed on the website in its entirety shortly after each live television broadcast.About The Global Broadcasting Company, Inc. The Global Broadcasting Company, Inc. is a global media company based in Los Angeles, California – the entertainment capital of the world. The senior management team of Carol Angela Davis, Mark Geragos, Lisa Jones Johnson and Walter Jones has a wide range of experience in the television and film industries as well as in law and finance. The company launches global 24-hour television channels featuring underground and independently produced entertainment, sports, kids, lifestyle, financial and news programming that is additionally suited for audiences who want to learn English. http://www.globalbroadcastingcompany.tv Lifestyle TV, Television Show, Music, Hip Hop, Rap, Dance, Urban, Latino, R&B, Interviews, Music Videos, Concerts, Red Carpet, Award Shows, Superbowl, SportingAbout On the Mike with Mike Sherman In 2006 “On the Mike with Mike Sherman” debuted on Saturday night on My 33 (My Network TV, a CBS affiliate) in Miami. Today, the show, now called “On the Mike with Mike Sherman”, is syndicated both domestically and on 5 international networks. Mike Sherman, a successful stockbroker and founder of Delray Beach-based MSP, Inc., has always had a love and passion for pop, hip-hop and R&B music. He created a show that has brought millions of viewers to TV screens across the US and now across the world, successfully bringing urban communities closer to exclusive interviews, VIP events and A-list celebrities. http://www.mikeshermanshow.comAndrea Arandia Mike Sherman Productions, Inc. 1401 Estuary Trail Delray Beach FL 33483 USATel: +1 561 243 0429 andreaarandia@aol.com http://www.mikeshermanshow.com

10-09-2018 | Media & Telecommunications
LIQUONA
Liquid Productions announces name change
13 years since it’s foundation, top creative content production agency Liquid Productions is evolving, with a new name to match a new vision. As of the 10th October the new name for the business is LIQUONA. Repeatedly ranked by industry magazine Televisual as a Top 50 UK corporate production company, LIQUONA has grown from a bedroom startup video production company, to a full creative moving image agency. The name change reflects the development of
05-02-2011 | Arts & Culture
mamemo productions
mamemo productions makes history
On the 16th of April 2011, mamemo productions successfully co-organized the very first TEDxRamallah conference at the Convention Palace, Bethlehem. This historical event drew a live audience of more than 2000 in its parallel satellite events in Bethlehem, Amman, and Beirut. TEDxRamallah has drawn some of the leading thinkers and innovators from Palestine and around the world sharing their inspiring ideas with the rest of the world. The speakers included
03-03-2011 | Media & Telecommunications
Infrastructure Productions
Infrastructure Productions to launch the new Infdv.com
Infrastructure Productions, LLC, a San Diego based Video Production Company is launching a completely revamped website this evening (Wednesday, March 2, 2011) at 8:00 p.m. PST. Completely redesigned to showcase Infrastructure’s cutting edge Video Production service and hosting a library of their award-winning video productions the new website promises to shake up the San Diego Production Community. Infrastructure Productions, LLC, is an independent production company based in San Diego, California.
06-22-2010 | Advertising, Media Consulting, …
MAGROUND
MAGROUND presents new productions from Istanbul
New productions from Istanbul, this years European Capital of Culture, are enriching the archive of the Hamburg based stock photo agency MAGROUND. Between minarets and McDonald's Istanbul charms its visitors as a cultural center and vibrant metropolis on the Bosporus. Today the terminal stop of the legendary Orient-Express presents itself as one of the most magnificent gates to the Orient. A variety of high-resolution images is available at maground.com MAGROUND is
04-18-2008 | Leisure, Entertainment, Miscel …
Heddesheimer
SlipStream Productions - The Future Is Hear
We all wish to change our life to make it better in the future. But what if this would become true? What would you do with a special gift that would enable you to know the future? Would you use it wisely? Martin Thomsen gets this special gift from a poor old lady on the street. He will be able to hear the future. First he does not believe the old
04-11-2008 | Arts & Culture
PrimaDonna Productions
PrimaDonna Productions HITs the Film Festival Circuit
SAN ANTONIO – With the premiere of a new documentary short featuring actor, comedian, and Latin pop star Jade Esteban Estrada, and encore performances of two favorites of the festival circuit, including \"Operation Hitman: Sacrificial Pets\", PrimaDonna Productions, a multimedia marketing firm, is ready to showcase both its past and its present film work. “It’s funny to think that after three years, people still can’t get enough of \'Operation Hitman\'”, says
Comments about openPR
OpenPR is clearly structured and remains true to its principle of confining itself to the essential parts. OpenPR has proven to be a very good and reliable partner to our media agency: Within the shortest time the releases are online and go down well with the media representatives. The success of OpenPR is reflected in the steadily increasing number of press releases. It is good that OpenPR exists!
Ursula Koslik, Director Marketing & PR, F+W Hamburg