On the Mike with Mike Sherman Gets Prime Time Slot Again 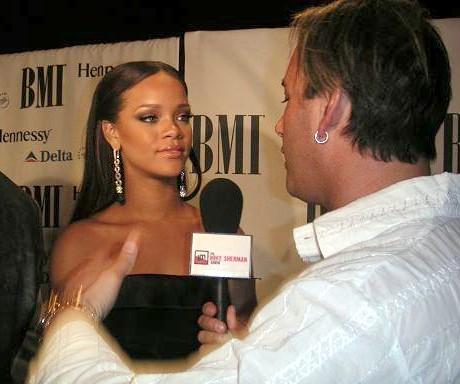 One of the nation’s premier music lifestyle television shows moves to the Saturday 10.30pm slot on CBS WBFS MY 33 in Miami FloridaDelray Beach, Florida: Mike Sherman Productions, Inc that produces “On the Mike with Mike Sherman”, one of the nation’s premier music lifestyle television shows, will be taking its show to prime time, debuting this Saturday Jan 10, 2009 at 10.30pm on CBS television WFOR/WBFS on MY 33.The upcoming show will feature superstar recording artist Akon, R&B sensation, Robin Thicke, and a live performance from pop sensation, Lady GaGa. Mike Sherman will also give viewers exclusive access to a private New Years Eve party hosted by music mogul P. Diddy at the brand new Fountainbleau hotel in Miami Beach, Florida.Mike Sherman has worked very hard over the years, sharpening his craft and bringing his viewers some of the best music lifestyle footage on television. Covering events such as a live concert with Rihanna, behind-the-scenes of today’s hottest music videos, and flying to LA, California, to jump on the red carpet of the Grammys, are all part of the show’s success and its jump to prime time television on a major network, in one of the country’s largest TV markets. A lot has changed since the inception of the show, from the music venues right down to the production team which now films in High Def. This is a breakthrough achievement for Mike Sherman Productions as penetrating the prime time slot has been a big goal for the company since the show first went on air 3 years ago. “Nobody gave us a chance when we first came up with the idea of a music TV show that caters to the urban market. Now, as we look back, we can say that the best is yet to come!” says Mike Sherman.Viewers can check the Listings link on http://www.mikeshermanshow.com to find out when the show is broadcast in their area. It can also be viewed on the website in its entirety shortly after each live television broadcast.About CBS TV WFOR/WBFS Miami Fl WBFS-TV, channel 33, is the MyNetworkTV-affiliated television station for South Florida that is licensed to Miami. Its transmitter is located in Miramar. Owned by the CBS Corporation, the station is sister to CBS affiliate WFOR-TV. The two stations share studios on Northwest 18th Terrace in Doral. Syndicated programming on WBFS includes: The King of Queens, My Wife and Kids, TMZ, and Tyra. The station can be considered an alternate CBS affiliate. As such, it may take on the responsibility of airing CBS programs whenever WFOR may not be able to do so as in a news-related emergency. WBFS has been known to air Miami Dolphins games that air on CBS if the game is postponed due to weather (usually hurricanes). http://cbs4.com Tel: +1 561 243 0429 andreaarandia@aol.com http://www.mikeshermanshow.com Lifestyle TV, Television Show, Music, Hip Hop, Rap, Dance, Urban, Latino, R and B, Interviews, Music Videos, Concerts, Red Carpet, Award Shows, Super bowl, SportingAbout On the Mike with Mike Sherman In 2006 “On the Mike with Mike Sherman” debuted on Saturday night on My 33 (My Network TV, a CBS affiliate) in Miami. Today, the show, now called “On the Mike with Mike Sherman”, is syndicated both domestically and on 5 international networks. Mike Sherman, a successful stockbroker and founder of Delray Beach-based MSP, Inc., has always had a love and passion for pop, hip-hop and R&B music. He created a show that has brought millions of viewers to TV screens across the US and now across the world, successfully bringing urban communities closer to exclusive interviews, VIP events and A-list celebrities. http://www.mikeshermanshow.comAndrea Arandia Mike Sherman Productions, Inc. 777 East Atlantic Avenue Suite C2-239 Delray Beach Florida 33483 USA