Regal Cinema to tribute Raj Kapoor before its final shut-down 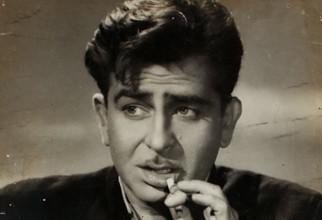 Situated in the heart of the capital, Delhi's Regal cinema is all set to shut down and will be renovated into a multiplex. Regal, a single screen theatre of almost 8 decades standing tall in Connaught Place will also pay a tribute to the late superstar Raj Kapoor by showcasing his two movies 'Mera Naam Joker' and 'Sangam' before it's final shut-down.One of the owners of the cinema hall were quoted saying as, "Regal has had a great association with both Prithviraj Kapoor and his son Raj Kapoor. Prithviraj ji used to perform all his plays in the Regal theatre and Raj Kapoor made sure to premiere all his films here. He was very attached to the theatre and Nargis ji also visited a lot of times with him."After receiving suggestions from the fans, the owners decided to raise the curtains down with Raj Kapoor's movies. Currently it is Anushka Sharma's 'Phillauri' which is being showcased in the theatre and 'Mera Naam Joker' will be screened in the evening and 'Sangam' at the night.The owners have received 60 percent permission and are yet to finalise further things about converting it into a multiplex.FRIDAYMOVIEZ.COM is a chic movie portal bringing you the best of Bollywood and Hollywood in terms of the up-to-the-minute news, movie reviews and trailers, celebrity images, videos and profiles, exclusive inside information comprising original features, live event coverage, red carpet events, comprehensive archives and more.#G-1, New Udyog Mandir 2 Moghul Lane, Mahim (W) Mumbai 400016 India

06-18-2019 | Industry, Real Estate & Constr …
Kapoor Plastics
Kapoor Plastics Offering Quality Lexan Multiwall Polycarbonate Sheets
New Delhi, India---June-18-2019 Kapoor Plastics is a pioneer in the field of polycarbonate sheets, PVC foam board sheets and acrylic sheets. Headquartered in New Delhi and with its branches located in Mumbai and Gujarat, the company manages to offer a consistent supply of unmatched products to nearby states, including Telangana, Karnataka, Tamil Nadu, Hyderabad, Orissa, Himachal Pradesh, Chandigarh, Punjab, Haryana and Jammu and Kashmir. Kapoor Plastics owes its expertise to
04-01-2019 | Fashion, Lifestyle, Trends
Neelu Taneja Makeover
Kareena Kapoor Khan awarded International Quality Awards to Neelu Taneja
On March 15, 2019, Bollywood’s acclaimed actress Kareena Kapoor Khan awarded Brands Impact’s International Quality Awards (IQA) to the best bridal makeup artist- Neelu Taneja. To encourage quality improvements in both manufacturing and service sectors in India, Brands Impact a branding company has set up The International Quality Awards (IQA). IQA winners have made considerable accomplishments in carrying out client satisfaction through their devotion to delivering quality products and services,
11-30-2017 | Fashion, Lifestyle, Trends
not a pr agency
Vandana Kapoor, Contestant from Delhi won Mrs India Queen 2017 in classic Catego …
RJ fashion fiesta, a platform to celebrate womanhood organised Mrs India Queen 2017, at Piccadilly, Janakpuri, where married participants from across the country showcased their skills, beauty and brain in front of the esteemed jury. “Mrs.Vandana Kapoor, contestant from Pitampura, Delhi was adjudged the winner of the classic category with unanimous choice. The pageant was a stepping stone for women empowerment and includes self-motivation and self-defence training for the contestants. The
12-21-2016 | Leisure, Entertainment, Miscel …
FridayMoviez
Kareena Kapoor Khan Blessed With A Baby Boy
The big day has finally arrived. The news which was awaited by the Kapoors as well as the Khans has knocked the door. The new mommy in tinsel town Kareena Kapoor Khan is blessed with a baby boy. She tied the knot with Saif Ali Khan on October 16, 2012 and this is their first child together. Baby was born at 7:30 am in Breach Candy hospital in Mumbai. This news
12-01-2016 | Leisure, Entertainment, Miscel …
FridayMoviez
Kareena Kapoor Khan Graces The December Issue Of Grazia
We are in the last month of the year 2016 and we just cannot wait for the next year to come. Not to forget the year 2016 has given us some sweet as well a bitter surprises. Talking about the bitter part first we recently bid goodbye to the old currency notes of denomination of Rs. 500 and Rs. 1000. The sweet news was that the Begum of Nawab Saif
11-16-2016 | Media & Telecommunications
FridayMoviez
KJo Grts Ranveer Singh and Ranbir Kapoor On A Couch!
We all know that Karan Johar is back on Television with the fifth season of his famous chat show 'Koffee With Karan.' Viewers love to watch this show as they get to know much more about their favourite stars. And this time it is more personal as Karan will enter in a personal conversation with the actors. Shah Rukh Khan and Alia Bhatt graced the couch as they appeared in
Comments about openPR
We publish our press releases on openPR.de because we like people who are "open" - just like us.
Frank Obels, CEO, INCONET - Informationssysteme, Communication und Netzwerkberatung GmbH