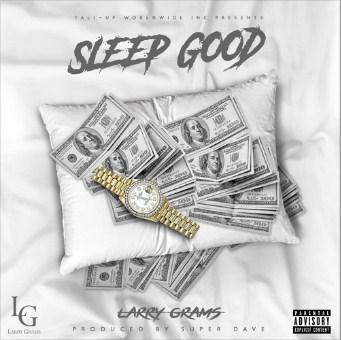 The hip hop and rap genre has been criticized from a long time. The aggressive nature and violent lyrics made a negative impact on the genre and was looked down upon since 1980s. However, with the mix of rap, hip hop and trap have evolved into a bigger and music genre. With the evolution of hip hop, there have been several sub-genres created like Boom Bap, Drill, Trap and Alternative Music. Trap Music is a rap that started from the streets of Atlanta, Georgia.Last year was the year for hip hop and rap and this year it is still in trend. Hip hop is a culture that gently started spreading worldwide. Several artists have taken up hip hop music as their genre of singing. Also, there are several recording artist on Soundcloud who sings hip hop, rap and trap songs.In soundcloud, one can check the various styles of hip hop & rap and trap music in the profile of the artist, Larry Grams. He has a vast name and has a formidable list of songs. His music is followed by instrumentals that play fine in the background. The lyrics are clear and not in the least bit violent or stuffed with cheap words.He deals with trap music and reflects what's happening within the society. Larry Grams is popular and songs like “Cold Blooded”, “1000 Miles”, “Sleep Good”, “I’m on It” and “Go Get’em” are proof. This recording artist and CEO of Tali Up Worldwide, Inc. Extraordinary Measures offer fans with different sub-genres of hip hop music. He incorporates totally different styles and beats in his tracks and helps other singers reach their pinnacle of success. His hip hop and rap music is for everybody to listen on soundcloud. All his fans can connect with him on social media – Facebook, Twitter and Instagram. Check him out on iTunes!To listen the songs of Larry Grams, visit the given link: https://soundcloud.com/larrygramsMusic Promotion Club specializes in artist and music promotions in Soundcloud, geared to promote the full spectrum of all genres of music, like that of – HipHop, Rap, EDM, Pop, Rock, Country, Dubstep, Mixtapes, Dancehall, Alt Rock, Jazz and Blues.Music Promotion ClubIndia West Bengal Kolkata- 700040 5/10 A Netaji Nagarinfo@musicpromotion.club