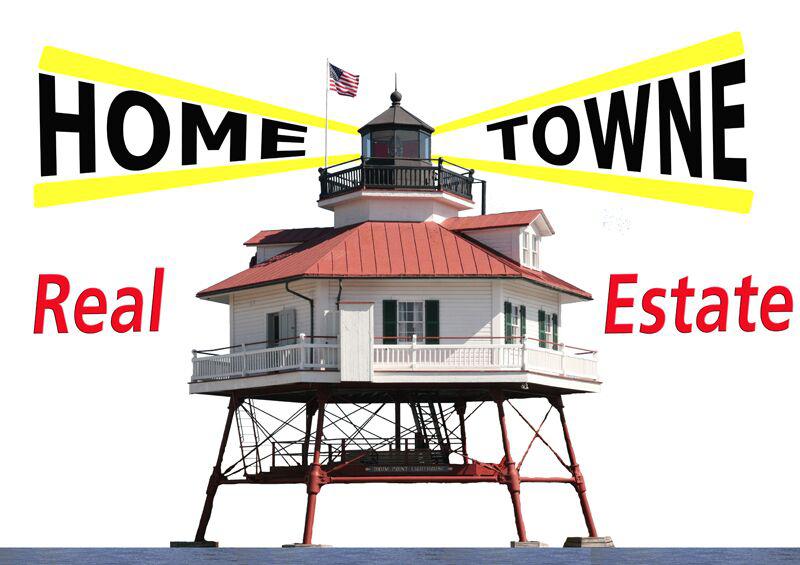 40 Award winners honored, celebrating over $130 million in sales Prince Frederick, March 14th 2017 – Home Towne Real Estate celebrated its twelfth annual awards ceremony at the Springhill Suites Marriott in Prince Frederick on March 14, 2017. Several awards were given to REALTORs for their hard work and dedication in 2016 and their awesome role in helping Home Towne Real Estate celebrate yet another fantastic year. Of the awards given, many are named for local bodies of water, denoting levels of sales volume, for example, “Potomac River” and “Chesapeake Bay.” Other achievement awards were also given out, such as “Top Producer,” and “Rookie of the Year,” recognizing individuals with spectacular achievements for 2016. In recognition of Home Towne Real Estate’s dedication to new licensees it always awards a “Rookie of the Year”, this year to Sharon Strachan of Solomons. Craig Gough, loan officer with 1st Mariner Mortgage, was also presented with a special award in recognition of his 10 year affiliation and dedication to homeowners everywhere. 2016 Top Producer, given to the REALTOR with the highest sales volume in the company for the year, was presented to Becky King -- along with an Atlantic Ocean award recognizing her sales achievements. Broker-Owner, Kevin Turner, says "This is always my favorite event, our REALTORS work so very hard and are supported mightily by their families, friends, clients, and other supporters and we are happy to get to recognize them all for a job well done." Home Towne Real Estate presented over 40 awards to REALTORS throughout the evening. Congratulations to the following award winners: Steve Horak, Earl Buffaloe, Tammy Jones, Danielle Norment, Matt Breitenbach, Judi Beckrich, Karen Showalter, Sherri Turner, Yolanda Taylor, Alvin Frazier, Crissy Godfrey, Judy Atkins, Lisa Connell, Becky Grover, Larry Brown, Jean Huber, Eileen O’Connor-Liebman, William Gray, Stephanie Slice-Glaubitz, Linda Beam, Rita Jones, Brenda Wolfe, Michele Hughes, Carol King, Joe Morgan, Lori Parlett, Theresa Mills, Cyndi Krolczyk, Tom Herritt, Mike Williams, Tina Benton, Jimmy Farrell, Donna Norris, Evelyn Thorne, Kelly Mahaffee, Matt Keahon, Steve Brien, Karen Towne, William Sammons, Becky King. XXXHome Towne Real Estate was founded in 2003 and has six branch locations throughout the Southern Maryland area. The brokerage participates in several charitable events and fundraisers in an effort to maintain community outreach and development. To learn more about becoming an agent, selling or buying a home, or for more information call (888) 225-2736 or visit www.hometownerealestate.netKevin Turner kturner@hometownerealestate.net 410-326-4100 PO BOX 1044 Solomons, MD 20688

01-04-2018 | Energy & Environment
FAIE HandelsgesmbH
FAIE INNOVATION AWARD 2018
For hundreds of years, humanity has passed on from generation to generation valuable knowledge about the agricultural economy. Farmers from around the world work in various conditions, using a variety of methods and techniques. Every day they prove their dexterity, knowledge and ability to adapt. However, the climate and global changes of our era pose new challenges to them more often than ever before.Progress is not only taking place in
09-09-2016 | Leisure, Entertainment, Miscel …
Phatmagic
NATIONAL AWARD
From Abracadabra to alakazam magician inline for National award Midlands, Sept. 7. 2016 - A MAGICIAN who has fought back from depression could be in line to win a national award. Eddie Young, who runs PhatMagic, has been nominated for a Kallikids award The 42-year-old, from Branston, set up Phat Magic more than four years ago after his wife, Debbie, bought him a magic set to 'give him something to do' while
09-17-2013 | Associations & Organizations
Tommy Vee Productions, Inc.
Hypnotist Receives President's Award
Marlboro, MA,, USA: Tommy Vee of Salem, NH, was the recipient of the President’s Award. This award was presented by Dr. Dwight Damon, President of the National Guild of Hypnotists, during the Annual Convention at the Royal Plaza Hotel in Marlboro, MA. The President’s Award is given for invaluable contributions to the success of the NGH and is selected by the President. Tommy had the opportunity to introduce Dr. Damon at
05-24-2012 | Health & Medicine
Otto Bock HealthCare GmbH
Comprix Award for Ottobock
Advertising campaign changes healthcare communication True to the motto of this year's award "Best of...," Otto Bock HealthCare GmbH won the 2012 Comprix Gold Award over 301 competitors. The jurors presented the trophy for creative healthcare communication at the anniversary gala at the Tanzbrunnen in Cologne on May 4. In cooperation with the Düsseldorf agency Brand Pepper, the medical equipment company scored points for its advertising campaign for the Genium microprocessor-controlled
06-18-2010 | Advertising, Media Consulting, …
FIRE&FOOD Verlag GmbH
International Barbecue Award 2011
Weingarten (ehr) - Barbecue – a global trend in a booming market segment. A growth market, subject to important stimuli, thanks to the potential for innovation within the market. A prize for innovation – initiated and organised by FIRE&FOOD, Europe’s N°1 grill and barbecue magazine – has been awarded since 2004. This prize, awarded up until 2008 in co-operation with the Koelnmesse trade fair, has now established itself internationally
07-14-2008 | Health & Medicine
BookSpring
Volunteer Receives Award
BookSpring Names Mary Reynolds “Outstanding Reach Out and Read Advocate” AUSTIN, TX – BookSpring is proud to announce that Mary Reynolds has received the “Champion of Children’s Health and Literacy Award” for Outstanding Reach Out and Read Advocate. This award is an honor which recognizes individuals who make singular and outstanding contributions to the Reach Out and Read program in Central Texas. Mary Reynolds, President of Around Austin, Inc. and member
Comments about openPR
We publish our press releases on openPR.de because we like people who are "open" - just like us.
Frank Obels, CEO, INCONET - Informationssysteme, Communication und Netzwerkberatung GmbH