Elections in Macedonia: Democracy at stake 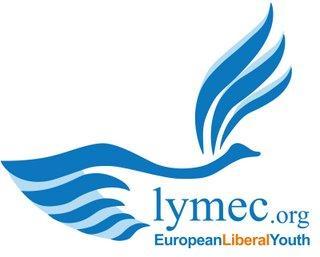 SKOPJE/BRUSSELS. Macedonia's Conservative ''Coalition for better Macedonia'' led by VMRO-DPMNE has won on first early parliamentary elections in the history of Macedonia, held on 1st of June. Last results published by State electoral committee showed that 46,89% of voters supported the ''Coalition for better Macedonia''. Both liberal parties, Liberal Democratic Party and Liberal Party, were running on common election list as part of coalition named ''Sun - Coalition for Europe'', led by Social democrats, that got 22,7% of the votes. Among the Albanian minority, most of the votes went to DUI (10,76%) and DPA (9,89%).The elections started with a several electoral incidents caused by party acticvists from the Albanian political block. One person was killed and several injured. Key international standards were not met in the elections, as organized attempts to violently disrupt the electoral process in parts of the ethnic Albanian areas made it impossible for voters in many places to freely express their will.Aloys Rigaut, President of European Liberal Youth (LYMEC), expressed his concern about the situation: 'Violence and non-respect of international norms are not acceptable, especially from a State that is officially candidate for EU membership. The Macedonian government shall make sure that these moments of democratic uncertainty don't repeat in the future. The right to vote is the basis of democracy.' I am happy in this respect that a reelection process will be held latest in two weeks in those districts where electoral incidents happened'.Sibel Redzheb, LYMEC Treasurer, added: ''We strongly believe that Macedonia will show that incidents are part of past and that reelections will not be marked with any incidents. LYMEC support democratic process in Macedonia and strongly believe that Macedonia shall be a strong and active partner in region of SEE.'' LYMEC approved an urgent resolution at its congress held in Barcelona early May 2008 expressing deep regret that due to the Greek veto Macedonia was not invited to become member of NATO despite fulfilling all required criteria and disapproving the rise of nationalist feelings in Greece towards Macedonia. The dispute over NATO membership was the direct cause of the recent early elections. The resolution also reaffirmed LYMEC's support to the self-determination of the Macedonians regarding their State and national identity.ELECTION RESULTSElection system is proportional with 6 districts each giving 20 MP's, totaling 120.- Coalition for better Macedonia won 63 MP - Sun - Coalition for Europe won 28 MP - Democratic union of integration (albanian minority) won 15 MP - Democratic party of Albanians (albanian minority) won 12 MP - Party for European future 1 MP - Party for democratic prosperity (albanian minority) won 1 MP*ENDSLYMEC Secretariat c/o ELDR Party, Rue Montoyer 31/7, B-1000 Brussels, Belgium Tel: +32 2 237 0146 Fax: +32 2 231 1907 Email: office@lymec.org Website: www.lymec.orgThe European Liberal Youth, abbreviated as LYMEC, is a pan-European youth organisation seeking to promote liberal values throughout the EU and particularly through and as the youth organisation of the European Liberal Democrat and Reform Party (ELDR) and its parliamentary group in the European Parliament (ALDE, Alliance of Liberals and Democrats for Europe). Involving about 210,000 members from all across Europe, LYMEC is made up Member Organisations (MO) and Individual Membership (IM) and it is active across the whole of the European continent. Our central aim is the creation of a liberal and federal Europe.

You can edit or delete your press release Elections in Macedonia: Democracy at stake here