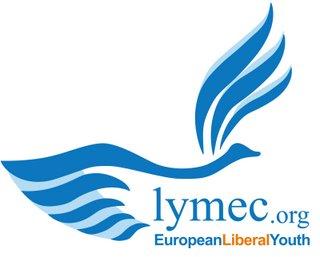 DUBLIN. On June 12th, Irish voters will be presented with a ballot paper asking them whether or not they approve the EU Reform Treaty. Irish Young Progressive Democrats and LYMEC call together on all Irish voters to inform themselves about the many benefits the Treaty of Lisbon brings for Irish citizens as well as all Europeans.Aloys Rigaut, President of the European Liberal Youth (LYMEC) stresses the fact that the new treaty makes the Union more democratic: 'For the first time ever, the directly elected European Parliament will have a say on almost all areas of EU policy. Irish as well as all other MEPs therefore will be able to put an end to the political horsetrading going on behind closed doors. The Reform Treaty puts the citizens at the centre of the European project.'LYMEC Vice President Alexander Plahr adds: 'Europe stands at a crossroads. It can continue to tumble from crisis to crisis, or it can decide to unleash it's full potential. The Treaty of Lisbon will enhance the Union's capability to act and transform a lethargical bureaucracy into a functioning problem-solver while at the same time respecting member states' different traditions and safeguarding subsidiarity. In order for citizens' voices to be heard, Europe needs a Yes Vote!'Owen Rooney (Young PD National Chairperson) believes that 'The Lisbon Treaty creates an EU that is properly equipped to deal with the major issues facing Europe and the world today. From an increased role for National Parliaments and the European Parliament, to new powers to tackle climate change and spearhead emergency humanitarian aid, it presents a real solution for the EU to work in a more democratic, and less bureaucratic way. The Young Progressive Democrats are committed to campaigning for a yes vote in the referendum on June 12th, and we're happy to welcome our friends from LYMEC to join us to help achieve that aim.'Young Progressive Democrats' International Officer Patrick Carroll states: 'The Treaty of Lisbon also gives the National Parliaments additional powers to ensure that European legislation is in the best interest of their respective countries and citizens. Therefore, and for many more reasons, Young PD strongly supports the ratification of the Treaty of Lisbon. In the coming days we will work, campaign, and ultimately win!'Supporting their Irish friends, some fellow members of LYMEC will come to Dublin this and next week to join the campaign for a Yes Vote.LYMEC Secretariat c/o ELDR Party, Rue Montoyer 31/7, B-1000 Brussels, Belgium Tel: +32 2 237 0146 Fax: +32 2 231 1907 Email: office@lymec.org Website: www.lymec.orgThe European Liberal Youth, abbreviated as LYMEC, is a pan-European youth organisation seeking to promote liberal values throughout the EU and particularly through and as the youth organisation of the European Liberal Democrat and Reform Party (ELDR) and its parliamentary group in the European Parliament (ALDE, Alliance of Liberals and Democrats for Europe). Involving about 210,000 members from all across Europe, LYMEC is made up Member Organisations (MO) and Individual Membership (IM) and it is active across the whole of the European continent. Our central aim is the creation of a liberal and federal Europe.

You can edit or delete your press release Treaty of Lisbon: Europe needs a Yes! here