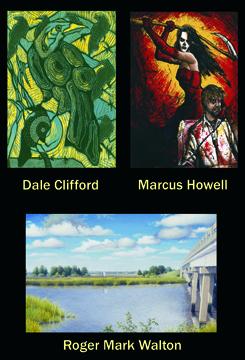 11-11-2008 | Arts & Culture
Asylum Gallery
Fluxus-Oriented Experimental Performance Debuts During Digital Art Show at Asylu …
On Friday November 21st, at 7 pm, a mixed media experimental event will be performed at Asylum Gallery, 1719 25th St., (behind the gray fence at 25th & R Sts.) Sacramento CA 95816. The performance featuring improvisational digital music by Mike Crain and an improvisational performance by Ann Tracy and Tim Dougherty was planned by Tracy, the coordinator of the Digital Art and Photography exhibit at the gallery,
11-05-2008 | Arts & Culture
Asylum Gallery
National Juried Digital Art and Photography Show Opens November 15th
Work from ten artists from New York to California has been accepted into the National Juried Digital Art & Photography Exhibit at Asylum Gallery, 1719 25th St., Sacramento CA 95816. Jurors for this show were Kent Lacin, a well known commercial and fine art photographer and Marcelle Wiggins, a digital and mixed media artist and professor at CSUS and Cosumnes River College. The exhibit opens with an
08-04-2008 | Arts & Culture
Asylum Gallery
Outlook at Asylum Gallery Continues to August 17th
Trips to Spirit Rock Meditation Center in Marin County and Northern Mexico are the impetus for Marguerite Schaffron’s new photography and painting in an exhibit called "Outlook" at Asylum Gallery inside HQ: Headquarters for the Arts, 1719 25th St., Sacramento (behind the gray fence at 25th & R Sts.) until August 17th. There is one more Saturday evening reception from 6 to 9 pm for this show on August
08-04-2008 | Arts & Culture
Asylum Gallery
Artist on a Quest for Virtue Opens Fall Season at Asylum Gallery
Since he was the kid who got in trouble in school for drawing and not paying attention, it’s almost too ironic that Carmichael resident Dan Samborski now teaches art at American River College. With his last solo show back in 2002, he is now ready to show new work from September 6 to October 6 at Asylum Gallery inside HQ: Headquarters for the Arts, 1719 25th St., Sacramento (behind