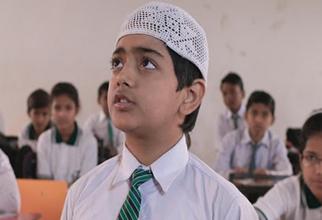 Award winning film 'Alif - Ladna nahi padhna zaroori hai,' narrated by Jaya Bachchan, will be hitting silver screen on February 3, 2017. The film is written and directed by Zaigham Imam and produced by Pawan Tiwari and Zaigham Imam. Alif is a movie about a father, his son and his ambition to make him a doctor. His fight with the orthodox seminary education and his fellow neighbors. The film stars Neelima Azeem, Danish Hussain, Bhavna Pani, Simala Prasad, Pawan Tiwari, Aditya Om and child artist - Mohammad Saud and Ishaan Kaurav.Movie was world premiered in Australia's famous Indian International film festival of Queensland in November and it has been screened in many well-known universities of India. Recently, the film was showcased in Aligarh Muslim University where it has been greatly applauded. The film won Best Screenplay and Best child artist award in Bioscope Global film festival.FRIDAYMOVIEZ.COM is a chic movie portal bringing you the best of Bollywood and Hollywood in terms of the up-to-the-minute news, movie reviews and trailers, celebrity images, videos and profiles, exclusive inside information comprising original features, live event coverage, red carpet events, comprehensive archives and more.#G-1, New Udyog Mandir 2 Moghul Lane, Mahim (W) Mumbai 400016 India