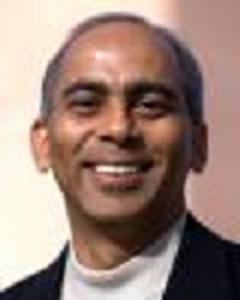 Proud to be a BITSian - Atul Bhatnagar President CEO IXIA

To be a leader in a company who is a Leader in IP Performance Testing, he firmly believes in the quote "if change is an inevitable challenge, then innovation is the response and knowledge is the weapon".With experience in the communications and computing industry spanning over two decades, Atul has been the Vice President of Products at DiVitas Networks a developer of enterprise network solutions that provide voice and data mobility over disparate networks. Prior to that Atul was the Vice President and General Manager of the Enterprise Data Network Division of Nortel making Business Simple by designing and marketing a full range of Ethernet switches Security solutions, WLAN Mobility solutions, Metro Ethernet Technologies, Enterprise routers, etc. As Vice President of Alteon Web Systems which was later acquired by Nortel, he was involved in creation of next generation Web Switches and security acceleration products. His long association with Hewlet Packard in various capacities adds further muscle to his leadership capabilities. With Never say Die Attitude, he is clear that tomorrow belongs to those people who prepare for it today. In September 2007 he was appointed President and COO of IXIA and in March 2008 he has been named as the CEO. Proud to be a BITSian Atul Bhatnagar was student during 1973 – 1978 and obtained his B.E. (Hons) Electrical & Electronics Engineering degree from Birla Institute of Technology and Science “BITS”, Pilani which has been one of the top ranking universities in India yesterday as well as India today. In an exclusive message to BITS Alumni Association (BITSAA) soon after becoming the IXIA CEO, Atul expressed his heartfelt thanks to the Professors at Pilani and was emphatic in stating that the education and inspiration from his Pilani student days experience has been the foundation of his career.Atul Bhatnagar's alma mater BITS Pilani is indeed proud of his achievements.BITS Alumni Association (BITSAA) Dr BR Natarajan Vice President BITSAA Pilani (Rajasthan) 333031 India www.bits-pilani.ac.in:12346/bitsaa.bits Email:brnt@bits-pilani.ac.inBirla Institute of Technology and Science (BITS) Pilani Rajasthan which has set the industry university collaboration bench mark in India today is one among the top ranking universities offering degrees in various disciplines presently at Pilani, Dubai, Goa campuses and in the short future at Hyderabad campus apart from an array of work integrated learning programmes for HRD of a vast spectrum of Indian corporates. The alumni of the Institute are spread across the globe from Australia to America.