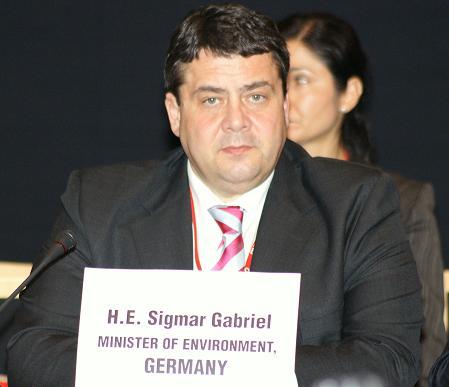 More than doubling annual improvements in energy efficiency could play a key role in averting catastrophic climate change, a report to environment ministers says. Over recent years advances and investments in energy savings in areas from transport and power generation to industry and households has been reducing the intensity of energy used by one to one and-a-half per cent a year. "If the rate of energy efficiency improvement could be increased to 2.5 per cent world-wide it would be possible to keep carbon dioxide concentrations in the atmosphere below 550 parts per million (ppm) through the end of the century," the findings suggest. The Intergovernmental Panel on Climate Change (IPCC), 2,000 plus scientists established by UNEP and the World Meteorological Organisation to advise governments, estimates that to avoid dangerous climate change emissions need to be stabilized at between 535 to 590 ppm in 2050. An increase in investments in low carbon and renewable energies is also underway which, if accelerated and fostered widely could also assist in meeting global climate change targets alongside helping to achieve the Millennium Development Goals. Currently close to 60 countries have targets for renewables including 13 developing countries while around 80 have market mechanisms in place-feed-in tariffs and renewable portfolio standards- to encourage renewable energy development. These policy measures are playing an important role in driving national and global markets. In 2007, financial transactions in the sustainable energy sector reached $160 billion up from just over $100 billion in 2006. A fundamental change is also emerging in terms of the range of investors entering these markets. "The quickest growth in sustainable energy capital mobilization has come from four sectors that had previously shown little interest-venture capitalists and private equity investors; public capital markets and investment banks," says the report being presented to the annual gathering of environment ministers at UNEP's Governing Council-Global Ministerial Environment Forum (GC/GMEF) in Monaco. Achim Steiner, UN Under Secretary General and UNEP Executive Director, said: " A transition to a low carbon society and a Green Economy is underway driven by the science and treaties such as the Kyoto Protocol and prospects, emerging as part of the Bali 'Road Map', of an even more deeper and decisive emissions reduction regime post 2012". "UNEP is among a variety of key players catalyzing this transition and overcoming barriers through partnerships with the financial services sector and industry. Pioneering work with local banks to offer low cost solar loans in India has brought clean energy to 100,000 people within three years," he added. "An initiative to provide seed money for clean energy entrepreneurs has spawned close to 50 new enterprises in Africa, China and India. The Principles for Responsible Investment, facilitated by the UNEP Finance Initiative and the UN's Global Compact, has secured the support of over 275 institutions handling assets of over $13 trillion dollars," said Mr Steiner. "Among the challenges facing ministers in Monaco is how to accelerate this transformation to ensure that it is far reaching, widespread and above all speedy. Separate but related challenges include securing the billions of dollars of additional funding needed to assist developing economies to adapt to the climate change already underway alongside the incentives or markets and mechanisms that will be needed to reduce emissions from deforestation and degradation," he added. "The UN climate convention estimates that an additional $200 to $210 billon will be needed to return emissions to 2004 levels and perhaps as much as close to $200 billion for adaptation measures. Mobilizing this funding on a reliable and consistent basis would appear to be a bargain given the wide social, economic and environmental benefits that will flow-and indeed already area flowing- from such policy decisions," said Mr Steiner.Mandoga Media Alexander Sandvoss Residence Beausjour 06240 Beausoleil France info@Mandoga.comMandoga Media is a german speaking Media Office, which provides Press Releases, Photographs and Broadcast Video Footage from Central Europe.

06-05-2012 | Sports
The Watch Hut
Mark Webber Wins Monaco Grand Prix
After six races in the 2012 formula 1 season so far, there have been six different winners, making this one of the most open championship races in history. The title race is wide open, much like the constructors championship, with a number of teams in the running. Australian Mark Webber became the sixth driver to top the podium this year, having started in pole position following a great performance in qualifying.
02-03-2009 | IT, New Media & Software
ISO Software Systems Inc.
Hotelsoftware MONACO with certified interface to CultSwitch
MONACO – the pro-active hotelsoftware solution from ISO Software Systeme GmbH based in Nuremberg has been extended by a further module. Having received the certificate for the interface to CultSwitch it is now possible to manage linked reservation systems automatically. “MONACO manages price and availability for each reservation system using the integrated yield management tool”, says Christian Belzner, Director Sales Hotel Solutions. The hotel profits from the drop of daily
02-20-2008 | Energy & Environment
Mandoga Media
SOS Sahel Partnership - international Cooperation with Monaco
At the instigation of H.S.H. Prince Albert II, the Prince’s Government has significantly increased its efforts within the area of Official Development Assistance. The Office of International Cooperation and Development, having made the fight against poverty a priority area for intervention, chiefly carries out such action in two regions of the world: the Mediterranean and Sub-Saharan Africa. In 2008, over 85 projects have been scheduled in 20 partner countries. In this respect, a
11-26-2007 | Business, Economy, Finances, B …
YourMonaco.com
Monaco Banks Boom
Two of Europe's top tax havens - Monaco and Andorra - are seeing an influx of funds to their banks, despite governments worldwide actively trying to stop their citizens using tax havens to bank their money. The financial industry in Monaco is attracting money from wealthy individuals seeking a degree of privacy, and keeping their assets away from the clutches of their governments at record levels with most of the money
10-25-2006 | Industry, Real Estate & Constr …
YourMonaco.com
Monaco Property Set For Further Gains
Monaco property prices could rise steeply in the next couple of years, and Europe\'s favourite tax haven could be out of reach for some millionaires, according to a Monaco travel guide. Different recent surveys have all been good indicators for Monaco, showing more people likely to apply for residency and buy property in Monaco. Buyers from the UK in particular are expected to rise in number. Commenting on the findings, travel guide
07-19-2006 | Industry, Real Estate & Constr …
Your Monaco
Monaco - Rich Brits Lead New Real Estate Surge
In the 1990's Russians brought suitcases of cash to the Cote d'Azur and Monaco to buy real estate , but now it's the British - using conventional banking methods and with it a degree of respectability - who are investing in Europe's top tax haven. While the British have been players in the region for nearly two hundred years, with Nice just along the coast being a favourite resort of the
Comments about openPR
OpenPR ist the nicest and most clearly laid out PR platform I have seen to this day. The press releases are displayed very nicely and clearly and without any unnecessary frills. The updates are fast and the finished release looks appealing and is clearly legible. Even with 16 years of experience one discovers new things from time to time. Congratulations!
Gabriele Ketterl, Director Marketing & PR, Menads