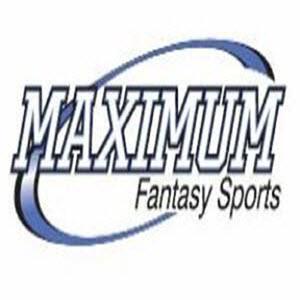 11-19-2018 | IT, New Media & Software
Koronite OÜ
Koronite OÜ Announces Catenaccio Football Manager
Catenaccio FM is a new FREE to play Online Football Manager game. It will be released by the end of January 2019 on several platforms, like Android devices, Apple devices, Steam and, of course, a web version compatible with the main web browsers Catenaccio FM has a custom engine that will simulate faithfully the development of the match, taking in consideration the specific values of the players, the tactics of both teams,
07-04-2011 | Sports
Expertfootballpicks.net
Expert Picks For College Football From Expert Football Picks
Marianna, FL (openpr ) July 01, 2011 - Recently launched, Expert Football Picks will provide the latest Expert Football Picks for this upcoming 2011 College Football season. The Expert Football Picks team has over 20 years experience in sports picks and they are now developing on online presence to reach a larger audience to share their expert knowledge. The Expert Football Picks website will be providing up to date sports
06-01-2010 | IT, New Media & Software
mobivention GmbH
Football widget published by mobivention
Cologne, Germany – June 1, 2010 – Football fans are ready for the World Cup in South Africa and cannot wait for the start of the games. mobivention has developed a mobile widget for Football fans which keeps them informed about actual results of each game and each participating country. The ‘Play Off’ widget is compatible with numerous handsets and shows lastest game results. The presentation of the results
07-07-2008 | Business, Economy, Finances, B …
rb health and safety
Sponsorship for Local Football Team
Local football team “tackleway” (Hastings) have recently received sponsorship from an established health and safety company. RB Health and Safety Solutions Ltd who manage all aspects of health and safety from training to management, offered to sponsor the club this year. Operations manager Justin Jarrett attended one of the teams games to see how the money was being used. Justin said “we are pleased to offer something
04-08-2008 | Sports
Castrol UK and Ireland
European Football Championship 2008: Euro-Files- Greece
Check the odds on who the bookies think will win Euro 2008 and you’ll find nine nations ahead of current holders, Greece. But you won’t find coach Otto Rehhagel complaining. His side were 100-1 outsiders when they beat Portugal to win Euro 2004. Besides, last week’s friendly win against Portugal proved that they’re more than capable of beating Europe’s top sides once again… FROM THE TOP Having won 43 of his 78 matches
03-25-2008 | Sports
Castrol UK and Ireland
European Football Championship 2008: Euro-Files: Spain
At the European Championships in Austria and Switzerland this summer, Spain coach Luis Aragones will be hoping his side can break their tag of perennial underachievers. Since winning the European Championships in 1964, La Furia Roja have failed to progress further than the quarter-finals in six European Championships and 12 World Cups. And while, this time around the Spanish enter the tournament with a solid backline and competition in both midfield
Comments about openPR
I can't but agree to the positive statements about your portal: easy to use, clear layout, very good search function, and quick editing!
Jens O'Brien, Borgmeier Media Communication