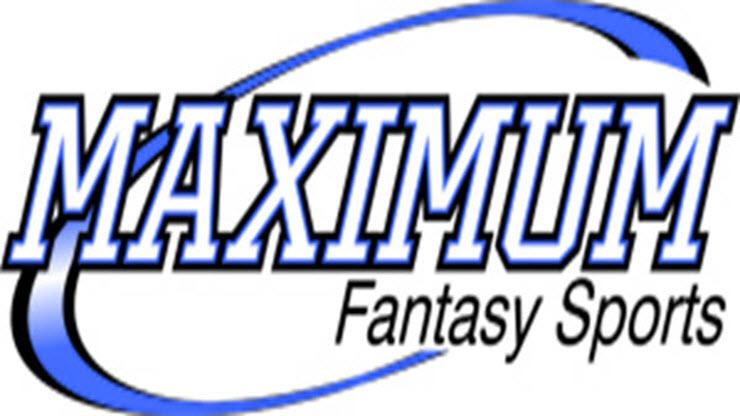 Maximum Fantasy Sports (“MFS”) (www.maximumfantasysports.com) has decided to seek a buyer to further its offerings into other NFL fantasy football games and, particularly, into additional professional and collegiate sports. Currently, MFS offers full-season, Daily, Weekly, Monthly and Mid-season Fantasy Football Leagues to its customers looking to play in Public fantasy football contests. Full descriptions of these leagues can be found on their website’s Public League ruleset. For players that prefer Private leagues, MFS offers Head-to-Head and Total Points leagues in both Redraft and Keeper (“Dynasty”) formats with many unique league setting options. “We have almost covered the gamut in the fantasy football space, leaving only the desire to build Rotisserie Fantasy Football leagues. We would like to expand into other sports but find venture capital is difficult to attain as states still debate over how to handle Daily Fantasy Football contests.” said Bill Parsons, President of Maximum Fantasy Sports. MFS is the only company that offers Public leagues that span a month (“4-Week Frenzy leagues”) or a half-season that fall outside of DFS regulation but still within fantasy sports regulation. “Our membership and revenue increase every year but we are held back by the inability to explode into other sports. Having a larger acquirer would facilitate that as they could expand from our existing platform. My hope is that they could tie players in across multiple sports via the custom sports social network that we have built as a way to have an immediate pool of players for the new sport offerings and to attract new customers.”, added Parsons.In addition to fantasy football leagues, MFS has built Survivor Pools, Confidence Pools, Pick ‘em Pools and Square Pools. The fantasy sports space is crowded with competition and is very top-heavy but MFS offers unique features for each of its game types, notably in its fantasy football league configuration options, that separate it from all other companies currently operating in the space. Having a customizable social network as well as the ability to White Label its product makes MFS a unique product for the right buyer looking to enter the fantasy sports business immediately.Maximum Fantasy Sports ("MFS") is an online fantasy football league provider. Maximum Fantasy Sports provides the opportunity for league members to configure private fantasy football leagues (free and pay) and/or join public fantasy football leagues (free and cash prizes). Public fantasy football leagues run Daily, Weekly, Monthly as well as the Full regular season. In addition, it also offers free NFL Confidence Pools, Pick 'em Pools, Survivor Pools and Square Pools.The flexibility of the league configuration options is what separates MFS from every other fantasy football provider. MFS has options that no one company has and has more flexibility in many of the options that are shared across the industry. http://www.maximumfantasysports.com/features.aspx. These can be used in Commissioner leagues and are also used for variety in some of the various public leagues offered for short-term or season-long leagues.In addition to offering its own fantasy football leagues, MFS offers a White Labeling service for other companies to offer a fantasy football product without the cost of development and processing. MFS has also built a sports social network.Maximum Fantasy Sports 3501 N. Southport Ave Chicago, IL 60657Contact: Bill Parsons customer_relations@maximumfantasysports.com 773.531.4294

12-01-2020 | IT, New Media & Software
Market Growth Insight
Flexible Circuit Board Market 2020 SWOT Analysis by Players: Interflex, Sumitomo …
Market Growth Insight has presented updated research report on ‘Flexible Circuit Board Market’, offering insightful information like market share, market size, and growth rate during the forecast period 2020 - 2026 that are precisely projected based on type, application, sales channel, and region. The Flexible Circuit Board report further described key segments of the market to help business, marketing executives, and customers know the current as well as upcoming products
11-14-2018 | IT, New Media & Software
HTF Market Intelligence Consulting Pvt. Ltd.
Next Generation Payment Technology Market Is Booming Worldwide | Google, Ingenic …
Global Next Generation Payment Technology Market Size, Status and Forecast 2025 is latest research study released by HTF MI evaluating the market, highlighting opportunities, risk side analysis, and leveraged with strategic and tactical decision-making support. The study provides information on market trends and development, drivers, capacities, technologies, and on the changing capital structure of the Global Next Generation Payment Technology Market. Some of the key players profiled in the study
03-15-2018 | Industry, Real Estate & Constr …
QyResearchReports
Membrane Separation Systems Market- Pall Corporation, Sartorius AG, Amazon Filte …
Qyresearchreports include new market research report “Global Membrane Separation Systems Market Size, Status and Forecast 2022” to its huge collection of research reports. The global market for Membrane Separation Systems has been analysed on various points of view that are practically present in the scenario, and have affected the market situation to the large extent. The report also presents exceptional experience and data identified with global Membrane Separation Systems market. The
03-14-2018 | Business, Economy, Finances, B …
business news
Global Printed Circuit Board(PCB) Market 2018 - IBIDEN, Mektec, CMK, MFS
The global Printed Circuit Board(PCB) market accounted at US$ XX million for the present year, it was predicted this market will reach to US$ XX million by 2025. It is projected that the global Printed Circuit Board(PCB) market is expected to grow at a CAGR of XX%. The report provides detailed analysis of global and regional market. In 2018 North America XX market was expected to reach at US$ XX
10-09-2017 | Business, Economy, Finances, B …
Fior Market Reports
Global Syringe Filters Market 2017 - Pall Corporation, Millipore, Advantec MFS, …
The Global market report on Syringe Filters has complied by experts of industry by analyzing the Syringe Filters market in terms of its geographical segments and applications. The industrial chain promoting the Syringe Filters market is evaluated in detail, including accurate information regarding aspects such as the manufacturing chain, available capacity of productions and its efficiency of utilization and industrial policies that impacts the Syringe Filters market. Download the Sample
02-22-2017 | Health & Medicine
Transparency Market Research
Membrane Technology Market : Emergence Of Advanced Technologies & Key Players By …
Globally, the membrane technology market is witnessing significant growth due to increasing research and development and production in pharmaceutical, biopharmaceutical and life sciences industries. There has been a substantial rise in the number of membrane technology applications, including separation and purification of drug components, in pharmaceutical, biopharmaceutical and life sciences industries. Thus, rise in pharmaceutical production and increasing number of membrane technology applications worldwide are driving growth of membrane technology
Comments about openPR
OpenPR ist the nicest and most clearly laid out PR platform I have seen to this day. The press releases are displayed very nicely and clearly and without any unnecessary frills. The updates are fast and the finished release looks appealing and is clearly legible. Even with 16 years of experience one discovers new things from time to time. Congratulations!
Gabriele Ketterl, Director Marketing & PR, Menads