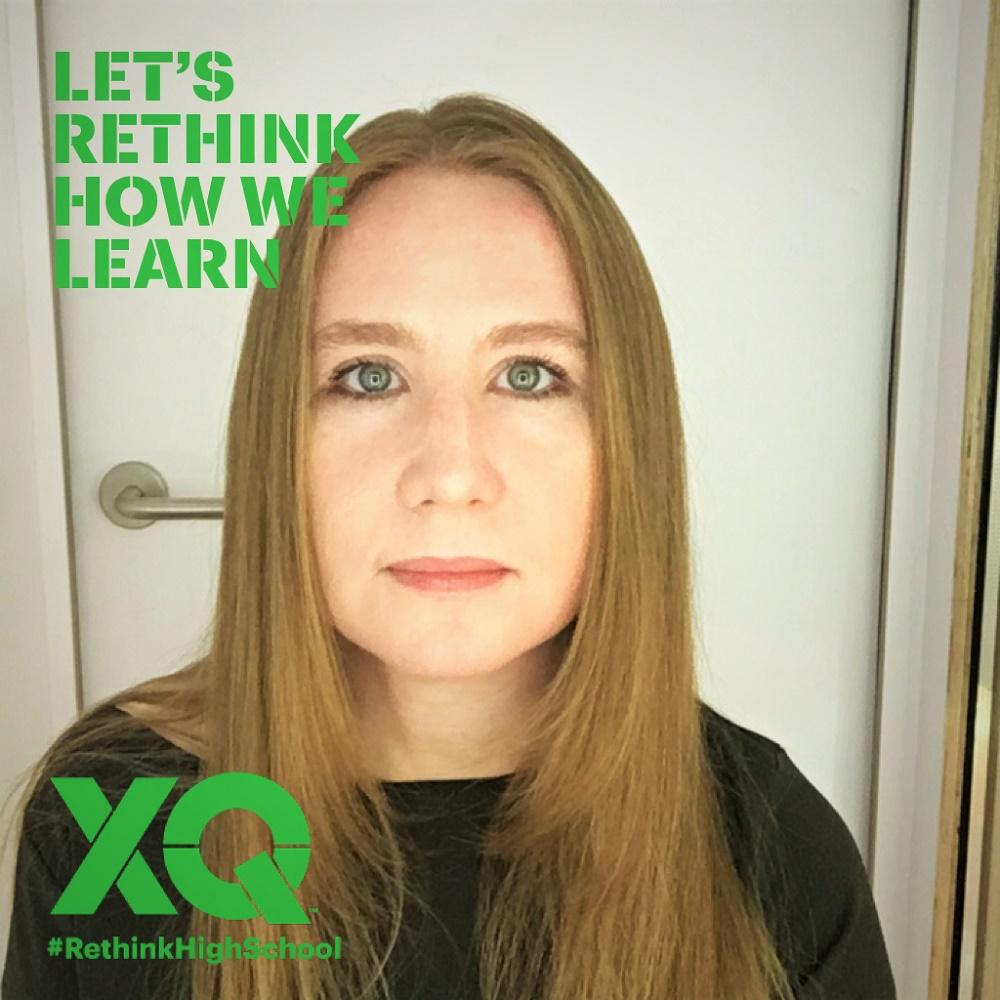 Arizona team Phoenix Rising is competing for a $10 million grant to build a high school as part of Laurene Powell Jobs’ XQ Super School Project. XQ: The Super School Project is “an open-call to America’s students, teachers, administrators, civic leaders, businesses, entrepreneurs, artists and designers to meet the challenge of preparing our students for the future by dreaming, designing and creating the new American high school.” Powell Jobs started the movement to #RethinkHighSchool last fall. She says her goal is to uncover “game-changing thinking, a moonshot.” XQ points out that the current school format has remained unchanged for 100 years and was designed for the industrial revolution. The Phoenix Rising team proposes a model based on the “innovation revolution.”Powell Jobs designed the competition to involve individuals from outside the educational fields to provide a new perspective. Phoenix Rising is unique from other teams in the competition. It is comprised of individuals throughout the United States as well as a group here in the Valley. Phoenix Rising project leader, Wendy Bias, points out that the team is not only culturally diverse but includes leaders from both business and educational fields.“We have a wonderful group of volunteers working on this project who truly believe in the Phoenix Rising educational model,” says Bias. “They give extensively of their free time despite holding full-time jobs because they believe in fueling the next wave of innovation in education. Our team wants to support a national movement that helps every city school rise to future challenges.”Powell Jobs is supported in her efforts by Russlynn Ali, CEO of the XQ Institute and former Assistant Secretary of Civil Rights at the US Department of Education. At the 2016 Female Founders conference in San Francisco, Ali said XQ’s goal is to remove “persistent opportunity gaps” students from dissimilar communities face due to variables in curriculum, teaching staff, bigotry and other obstacles.Powell Jobs told the NY Times, "Things are not working the way we want it to be working. We’ve seen a lot of incremental changes over the last several years, but we’re saying, 'Start from scratch.'" The Phoenix Rising team has garnered attention for their innovative, project-based skunkworks idea that integrates multiple subjects to solve real-world problems. As the team’s momentum increases as well as their social media presence, Phoenix Rising hopes to increase awareness of the XQ competition through cross branding. Their new PHxQ logo demonstrates their alignment with XQ’s vision to uncover “audacious, unconventional, unconstrained ideas to reinvent the American high school.”You can learn more about members of the Phoenix Rising team by visiting their XQPhoenixRising feeds on Twitter, Facebook and Instagram. They also started a website at www.RisingAZ.com which will share their semi-final winning school design as well as provide opportunities for community feedback and interaction.Phoenix Rising is a semi-finalist in the XQ Super School Project competition by Steve Job's widow, Laurene Powell Jobs, and Russlynn Ali, former Assistant Secretary of Civil Rights at the US Department of Education. The Phoenix Rising model proposes using a skunkworks format to teach integrated subjects using a project-based model that allows students to work in small cohorts with a team of educators as their mentors and coaches.Phoenix Rising 4545 N. 67th Ave Phoenix, AZ 85033Press: Wendy Bias (602) 438-6284

You can edit or delete your press release Phoenix Rising project in semi-finals to win $10 million for high school education from Steve Jobs’ widow. here

12-07-2020 | Advertising, Media Consulting, …
CARD Group
How to Eliminate Bias in Market Research
Understanding the wants and needs of customers should be at the forefront of any business’ plans. Market research is often conducted to further this understanding, and better meet the needs of customers. Utilising psychology, and psychological profiling, within market research, helps businesses to better understand the various thoughts, beliefs and perceptions customers may have. By using various tools, you will be able to identify the above, alongside wider consumer trends
09-22-2020 | Business, Economy, Finances, B …
Coherent Market Insights
Attention-bias Modification Treatment App (ABMT)
Global Attention-bias Modification Treatment App Market Research Report is a resource, which provides current as well as upcoming technical and financial details of the industry to 2027. This report gives you so important and essentials data of Market size, share, trends, Growth, applications, forecast and cost analysis. Delivery development in North America, China, Europe, and South East Asia, Japan as well as in the Globe. The report proves to be indispensable when
12-11-2018 | IT, New Media & Software
Engage in Learning
Engage in Learning adds to its Unconscious Bias course portfolio
The increasingly well-known e-learning supplier, Engage in Learning, has announced that, in January, it will be releasing a new course on unconscious bias. While Engage in Learning’s existing programme on unconscious bias is intended for managers, the new course is focused on helping all levels of staff to identify unconscious bias – and take steps of overcome it. Kate Carter, Engage in Learning’s Operations and Marketing Manager, commented, “Unconscious biases are the
11-20-2018 | Business, Economy, Finances, B …
Engage in Learning
Engage in Learning event highlights Unconscious Bias
Everyone exhibits unconscious bias from time to time – and, unchecked in a work context, this leads to a less diverse workforce, with possible adverse effects on organisational performance. In a bid to help reduce the adverse effects of this phenomenon, the e-learning supplier, Engage in Learning, is organising a webinar to ‘Identify and Challenge Unconscious Bias’. “If unconscious bias operates in a work context, talented workers can easily be overlooked and
11-06-2018 | Business, Economy, Finances, B …
Engage in Learning
Article Suggests Ten Tips for Preventing Unconscious Bias at Work
The latest article to be published on e-learning supplier Engage in Learning’s website, deals with unconscious bias – and suggests ten tips to help reduce its effects. Written by the internationally-known writer and commentator on corporate online learning, Bob Little, the article begins with a rare personal glimpse that provides an example of unconscious bias. “One day, when I was a boy, my father explained to us - without any animosity and
08-20-2018 | Advertising, Media Consulting, …
Bias Tire Market Report 2018
Bias Tire Market Report 2018: Segmentation by Type (General Bias Tire, Bias Belt …
Global Bias Tire market research report provides company profile for Yokohama Rubber, Continental, Cooper Tire & Rubber, Kumho Tire, Hankook, Giti Tire, Bridgestone, Goodyear, Michelin, Pirelli, Sumitomo Rubber and Others. This market study includes data about consumer perspective, comprehensive analysis, statistics, market share, company performances (Stocks), historical analysis 2012 to 2017, market forecast 2018 to 2025 in terms of volume, revenue, YOY growth rate, and CAGR for the year 2018
Comments about openPR
9 o'clock: discuss press release with client, 10 o'clock: submit release to openPR, within the briefest possible time release is published and displayed in a prominent place on openPR.de. I am thrilled!
Zehra Spindler, Calypso Now! - Communication Agency