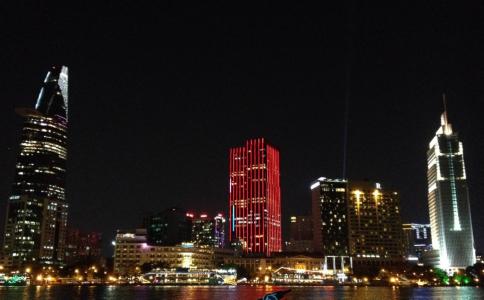 03-15-2017 | Tourism, Cars, Traffic
ITI-HOLIDAY
Vietnam Visa on Arrival now available at the airport Cam Ranh
The Visa on Arrival for Vietnam has been to enable travels to Vietnam for several weeks again with arrivals at the international airport of Cam Ranh in the center of the country. This is especially for those travelers who want to experience a relaxing beach holiday in Vietnam because the seaside resort of Nha Trang with its seven kilometers long beach and a lot of tropical islands along of the
09-12-2016 | Politics, Law & Society
ITI-HOLIDAY
Environmental disaster in Vietnam
In Vietnam occurred the biggest environmental disaster since the deployment of Agent Orange by the Americans during the Vietnam War. It happened almost unnoticed by the world while Europe was busy with the refugee crisis and America with the forthcoming presidential elections of the USA. The perpetrators of the environmental disaster come from abroad and are supported by the Vietnamese politicians, similar as it was happen at the Vietnam War. "
09-08-2016 | Tourism, Cars, Traffic
ITI-HOLIDAY
Tourists killed in Vietnam
Vietnam belongs for tourists to the most popular and safest travel destinations in the world, as long as one can believe officially widespread reports. However, this information may not been longer current since a long time. More and more tourists in Vietnam were killed at criminal offenses as well by tragic accidents. These accidents occur mostly due to insufficient checking for compliance with statutory safety regulations by the Vietnamese authorities.
07-04-2016 | Tourism, Cars, Traffic
ITI-HOLIDAY
Visa exemption for Vietnam is extended
The mystery of the extension of the Visa waiver for Vietnam is dissolved. Today (at the first of July.2016) we received official reports from Vietnam where announced that the wishes of the Vietnamese Ministry of Tourism are realized and the Visa exemption for citizens of five European countries is extended for one more year, until the 30.06.2017 becomes. But for some Vietnam vacationers this news comes too late, as they