Visa exemption for Vietnam is extended 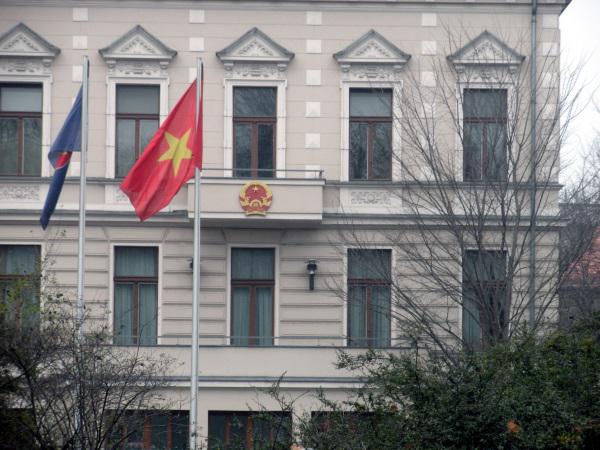 The mystery of the extension of the Visa waiver for Vietnam is dissolved. Today (at the first of July.2016) we received official reports from Vietnam where announced that the wishes of the Vietnamese Ministry of Tourism are realized and the Visa exemption for citizens of five European countries is extended for one more year, until the 30.06.2017 becomes. But for some Vietnam vacationers this news comes too late, as they have already applied for their Vietnam Visa.Review: abolition of Visa requirements for VietnamIn June 2015 the Vietnamese government announced the abolition of Visa requirements for citizens of five European countries. This Visa exemption for Vietnam concerned the citizens of France, Germany, Spain, Italy and the UK, with a maximum stay of 15 days in Vietnam. Before re-entry without a Visa in Vietnam also one month needed to be elapsed. This Visa project of Vietnamese was bounded for on a year from 01.07.2015 to 30.06.2016 (ITI HOLIDAY reported in detail). In recent weeks, before the deadline there were numerous of speculations because the Vietnamese government took its time with official information’s about the end of the Visa exemption. From official Vietnamese side there was neither an endorsement nor a denial to whether these regulations will be ending or extended. Speculations: Visa exemption for VietnamWhile the affected Vietnamese embassies (for example, the staff of the Vietnamese Embassy in Berlin) in recent weeks gladly claiming that the currently valid Visa exemption expires on 30.06.2016 and will not be renewed, came from some unofficial site in Vietnam other notifications. From Vietnam it was said unofficially that the Visa exemption in Vietnam for the citizens of France, Germany, Spain, Italy and the UK not will be just extended but also enhanced for stays up to 30 days. Several months ago for example the Vietnamese daily press reported about these new regulations but unfortunately without providing any relevant evidence. the cat is out of the bag: Vietnam Visa exemption extendedToday at the 01.07.2016 it has become officially established. The Visa waiver in Vietnam shall be extended for citizens of France, Germany, Spain, Italy and the UK for one year more to the previous terms and ends on 30.06.2017. The first concerned Vietnamese diplomatic missions, like the Vietnamese Embassy in Berlin have been published these news already on their websites. Others, like the Vietnamese embassy in London still claimed yesterday that there is no official confirmation from Vietnam about these rumors.01.07.2016: Heiko Grimm for ITI-HOLIDAY http://www.vietnam-visa-for-vietnam.com/visa-exemption-vietnam-extended.htmlITI-HOLIDAY Germany is an online travel agency for tours in Vietnam, Laos and Cambodia. We are offering affordable individual tours and fair travel service for the Europeans and here especially for the German market, into the Asian regions. ITI-HOLIDAY is an specialised international tour operator with a comprehensive service for travelers in Southeast Asia and Indochina. We are present on the European travel market Since 2008. We pleased about our growing customer numbers and popularity. We set great attention to customer satisfaction, service, fair prices and to realize it, we are leveraging the long experience of ITI-HOLIDAY Asia. Our strong community of local tour operators makes it possible.ITI-HOLIDAY Deutschland Indochina Travel Individual Klingerstrasse 41F 09117 Chemnitz Germany Proprietor Heiko Grimm Tel.: +49 371 2832201 Tel.: +49 371 3179571 Fax: +49 3212 1415272 E-Mail: info(at)iti-holiday.com Internet: www.vietnam-visa-for-vietnam.com

03-15-2017 | Tourism, Cars, Traffic
ITI-HOLIDAY
Vietnam Visa on Arrival now available at the airport Cam Ranh
The Visa on Arrival for Vietnam has been to enable travels to Vietnam for several weeks again with arrivals at the international airport of Cam Ranh in the center of the country. This is especially for those travelers who want to experience a relaxing beach holiday in Vietnam because the seaside resort of Nha Trang with its seven kilometers long beach and a lot of tropical islands along of the
09-12-2016 | Politics, Law & Society
ITI-HOLIDAY
Environmental disaster in Vietnam
In Vietnam occurred the biggest environmental disaster since the deployment of Agent Orange by the Americans during the Vietnam War. It happened almost unnoticed by the world while Europe was busy with the refugee crisis and America with the forthcoming presidential elections of the USA. The perpetrators of the environmental disaster come from abroad and are supported by the Vietnamese politicians, similar as it was happen at the Vietnam War. "
09-08-2016 | Tourism, Cars, Traffic
ITI-HOLIDAY
Tourists killed in Vietnam
Vietnam belongs for tourists to the most popular and safest travel destinations in the world, as long as one can believe officially widespread reports. However, this information may not been longer current since a long time. More and more tourists in Vietnam were killed at criminal offenses as well by tragic accidents. These accidents occur mostly due to insufficient checking for compliance with statutory safety regulations by the Vietnamese authorities.