Press release from: Not the PR-Agency 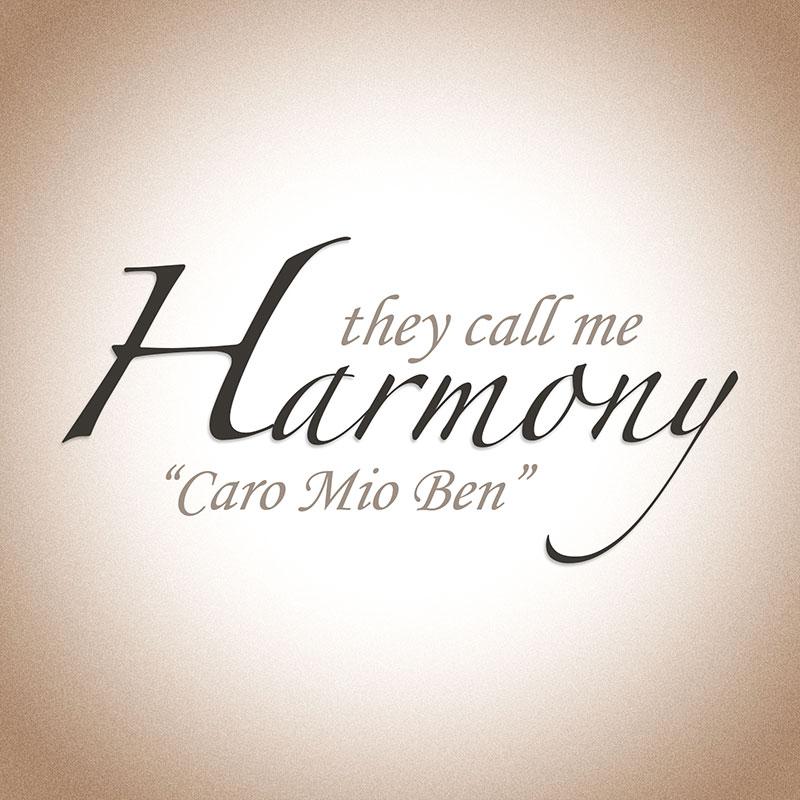 FOR IMMEDIATE RELEASE:Harmony and her sisters find a unique way to contribute to their church's fundraiserPhoenix, AZ – September 19th, 2013: Last August, the Christ Church of The Valley (CCV) challenged its congregation to a “Step Up” campaign. Their goal is to raise revenue with the aim of improving existing campuses as well as expanding their locations.While most kids man Lemonade Stands to earn extra cash, the Scheirmann sisters thought of an innovative way to raise money and give back to their church and community. Harmony, the oldest of three sisters, asked her dad, Rich, for help and together they developed a plan. Within two weeks, the girls combined their talents to create a song they could sell online. The digital single "Caro Mio Ben" sung by Harmony, can be downloaded for $.99 on iTunes and the other music sites. All proceeds will be contributed to the Christ Church of The Valley.After completing their project, Harmony said, “Even if we only sell a few copies, it was worth it. It feels good to give back.” Shannon, her nine-year-old sister quickly added, “We did it and we did it as a family. All five of us contributed and that’s the best part of all.”Harmony Scheirmann is a 10-year-old vocalist. Two years ago she began her formal, opera training but she has been singing and humming tunes since the age of three. “Caro Mio Ben” is her first recorded song.Rich Scheirmann Angelon Entertainment 16364 N. 151st Ct Surprise, Az 85374 Phone: (602) 633-4653

More Releases from Not the PR-Agency

11-20-2018 | IT, New Media & Software
reportconsultant
Set to grow high Church accounting software market 2018 by top vendors Flock Bas …
Church Accounting Software Market is expected to grow at a Compound Annual Growth Rate (CAGR) of +10.6%. The base year considered for the study is 2018 and the forecast period considered is 2018 To 2025. Accounting software markets, such as potential top players, as well as their weaknesses and strengths. The Church Accounting Software Report also includes some useful strategies for new players in the market. While predicting the growth of
10-23-2017 | Business, Economy, Finances, B …
Press-Release
Market 2017 Church Management Software 2021
"Global Church Management Software Market 2017-2021" The Report covers current Industries Trends, Worldwide Analysis, Global Forecast, Review, Share, Size, Growth, Effect. Description- Church management software solutions are used by churches to automate their daily operations. Some of the major functionalities of these solutions include attendance tracking, membership management, and report generation. Churches can also use management software to track the growth of their congregations. The church management software license revenue includes both
10-10-2017 | Leisure, Entertainment, Miscel …
Advent Messenger
When Pastors Declare War Within the Church
Postmodernism has set its sights against all truth. An all out assault against the gospel of Jesus, who is the “way, the truth and the light” (John 14:6) is the target. This war mentality is the very imagery that a Seventh-day Adventist Pastor from the Pacific Northwest recently gave in the Gleaner Now, the official publication of the North Pacific Union Conference of Seventh-day Adventists. In an article entitled A Church
06-09-2017 | IT, New Media & Software
Report Hive
Global Church Management Software 2017-2022
Report Hive Market Research Released a New Research Report of 102 pages on Title "Global Church Management Software 2017-2022" with detailed Analysis, Forecast and Strategies. Church programming is any sort of PC programming particularly intended for use by a congregation. There are managerial bundles customized to deal with participation databases and funds, and furthermore venerate introduction projects to produce pictures for video projectors. For More Information Request Research Sample: https://www.reporthive.com/request-sample.php?id=874037 This report
04-03-2017 | Health & Medicine
Nineteen Church Road
Nineteen Church Road
Nineteen Church Road is a dentist in Hoveton in Norfolk. Everyone at the practice is dedicated to providing the very best in dental healthcare for all the family. They believe that each person is a unique and special individual who deserves the very best treatment, and they are committed to giving you just that. The dental practice in Hoveton offers dental implants, sedation, smile makeovers and dentures. In addition to cosmetic dentistry
05-27-2016 | Science & Education
noplag.com
Noplag’s education charity for Church & Public Schools
Today educators face many challenges one of which is plagiarism detection and prevention. Modern tech-savvy students have numerous opportunities and constant temptation to cheat. They can copy-paste other people’s work, they can use essay and papers databases, and even have their papers written for them by someone else. In this context, teachers face new challenges, too. Besides teaching students about plagiarism consequences, they also have to find new ways of
Comments about openPR
OpenPR ist the nicest and most clearly laid out PR platform I have seen to this day. The press releases are displayed very nicely and clearly and without any unnecessary frills. The updates are fast and the finished release looks appealing and is clearly legible. Even with 16 years of experience one discovers new things from time to time. Congratulations!
Gabriele Ketterl, Director Marketing & PR, Menads