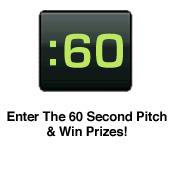 Toronto, Canada - August 27 -– Nothing in business makes Jason McCoy happier than performing a variety of voice overs. For example, Jason loves reading and voicing everything from audiobooks, to commercials, to IVR scripts; he loves them all, especially since they come with the added bonus of being able to work from the comfort of his own home, yet, allow him to be heard everywhere. Recently, that passion was publicly rewarded and acknowledged when voice talent Jason McCoy was awarded first place in the Voices.com 60 Second Pitch Contest, wowing the judges with a clear focus, conversational appeal and creative compilation of educational and business prowess.Jason McCoy credits an interest in radio from a young age as the source of his fascination with voice over. From age 12, he pretended to be on the radio and would even use a computer microphone to record liners he had heard on a local radio station. Jason recalls spending hours upon hours playing music on the computer and editing in his voiced liners to hear how it sounded. By the age of 17, Jason interned at a radio station to get experience and instantly fell head over heels for the production room, playing around with soundfx, writing liners, and on one fateful day, played them for the Program Director (PD). Within a year, he was made full time Production Director and became responsible for the 7pm-midnight air shift. Two years later, he was promoted to Program Director.Although his role as Program Director lead him further up the ladder at the station, the creative production work and freedom that he enjoyed earlier eluded him, particularly the opportunity to do voice overs. Not to be discouraged, Jason began building a home studio and sent out demos to what seemed to be every radio station in America. Jason noted, “I received a lot of rejection, but I was blessed to land 2 or 3 radio station contracts that year, one of which was WXTM-FM in Cleveland. I thought instead of working for one local radio station, I want to be able to work from home for many stations. So after 6+ total years with that station, I left radio and started McCoy Productions to do voice over and production.”What started as just radio station imaging turned into a cornucopia of opportunity including voice over work such as telephone IVR, trailers, commercials, audiobooks, narration and many more.Jason McCoy, when asked about what drives him, relates, “Hearing other talent inspires me. When I listen to the radio, I listen more for commercials to get new ideas. I love hearing the TV network voice overs. It's extremely inspiring to hear a great voice and think how can I improve to get closer to that talents level. I often think if I had that same sentence written out would I have delivered it the same way, and if not, which one sounded better? So really it’s the ability to always improve that inspires me. I believe success comes to anyone who is constantly attempting to improve.”Jason McCoy’s first place win in the Voices.com 60 Second Pitch Contest distinguishes him as a businessman, communicator, and persuasive marketer with more than just a great voice, objectives that are attainable through hard work, perseverance, and professionalism as well as a humble heart.To learn more about Jason McCoy and listen to his voice samples visit:http://www.mccoyproductions.nethttp://jasonmccoy.voices.comTo listen to his winning pitch and the 60 Second Pitch Award Show, visit:http://podcasts.voices.com/voxtalk/About Jason McCoyBased in Salisbury, MD, Jason McCoy of McCoy Productions provides dry and fully produced professional voice over and audio production for radio / TV station imaging, commercials, theatrical trailers, narration, voice on hold, audiobooks, and presentations. McCoy Productions offers immediate turnaround, affordable rates and offers the highest quality of voice over and production. His partial client list includes organizations such as Unwired Nation, Nextit, St. Joseph Health Care System, KZLE-FM, KCDZ-FM, HouseMusic101.com, KBACE, and Gateway Church.Voices.com 130-100 Collip Circle London ON N6G 4X8 Phone: 519-858-5071 Contact: Stephanie CiccarelliAbout Voices.com Based in London, Canada, Voices.com provides an online marketplace, facilitating transactions between business clients and voice-over professionals employing a comprehensive suite of web-based services. Clients that have worked at Voices.com include NBC, ESPN, PBS, The History Channel, Reader's Digest, Comcast, Nortel Networks, Bell Canada, Microsoft, Cisco Systems, ING, Western Union, Ford, GM, Jaguar, US Army, the US Government and more.

04-06-2021 | Science & Education
Dr Jason D Heap--International Education Consultant
Dr Jason Heap Receives NPQH Qualification
Dr Jason D Heap—a graduate of The University of Oxford, Sheffield Hallam University, Howard Payne University, and Walden University—earned an NPQH qualification from the United Kingdom’s Department of Education. The NPQH, or National Professional Qualification for Headship, adds to Dr Heap’s experience and academic training as a school leader. His consultancy is now in its sixth year of global service, and Dr Heap celebrates the work that has been achieved
03-22-2011 | Tourism, Cars, Traffic
Siam Hotels & Resorts
Siam Bayview Hotel Welcomes New EAM: Mr Jason Villarino
Siam Hotels & Resorts is proud to introduce Mr Jason Villarino as the new Executive Assistant Manager in charge of Food and Beverage (F&B) at the group’s four-star beachfront Pattaya City property, the Siam Bayview Hotel. Jason brings with him over a decade of executive F&B and management experience in the hospitality industry, underscored by a superlative track record with award-winning hotels and restaurants both domestically and abroad. Of German and
10-30-2008 | Arts & Culture
St. John's MCC
Jason and deMarco Tour Coming to Raleigh
RALEIGH, N.C. (October 30, 2008)—St. John’s Metropolitan Community Church (MCC) of Raleigh, a church for all people founded on the “whosoever” principal in 1976, announces today that it is hosting a free concert and a musical worship service as part of its 2008 commitment to reach people for whom traditional religious practices, settings and messages have been off-putting. “We’ve had to work hard at clarifying that although we are both gay
03-12-2008 | Politics, Law & Society
Jason Steele for Florda House District 31
Florida Teenage Republicans Endorse Jason Steele
Titusville, Fl- Chairman Clinger endorsed Jason Steele for House District 31 today. Chairman Clinger made the following comments in his endorsement: "I have been privileged to know Jason Steele since I began attending the REC meetings of Brevard County. Jason Steele is a true conservative, and will lead in the most pressing issues of our day. He has previously served the people of Florida, and I can assure those in
03-02-2007 | Arts & Culture
RAANDESK Gallery of Art
RAANDESK Presents "Filmic Flashes" by Jason Bryant
The RAANDESK GALLERY OF ART is presenting the cinematic inspirations of Jason Bryant in the show entitled “Filmic Flashes.” The paintings examine the link between film and perception, and comment upon escapism. Through large scale cropped portraits of celebrity faces and movie stills, famous subjects are depersonalized, spotlighting how all lives hold cinematic moments of their own. The close up and partial images also relate to one’s inability to fully
01-03-2007 | Media & Telecommunications
IwebRadio.com
Jason Aldean on iWebRadio.com Jan 13th, 2007
In 2006 international country music editor and journalist Christian Lamitschka joined the team of iWebRadio.com. Country Fans around the world get the chance each second Saturday from 11:00 am - 2:00 pm Eastern Time (North America) on iWebRadio.com to listen to what their favorite Stars from Nashville like to share with the fans. For 2007 there are still some of Country Music\'s biggest names waiting to be a part of
Comments about openPR
OpenPR ist the nicest and most clearly laid out PR platform I have seen to this day. The press releases are displayed very nicely and clearly and without any unnecessary frills. The updates are fast and the finished release looks appealing and is clearly legible. Even with 16 years of experience one discovers new things from time to time. Congratulations!
Gabriele Ketterl, Director Marketing & PR, Menads