Keanu Domini Is A Very Talanted Artist On The Rise From Corpus Christi, Texas 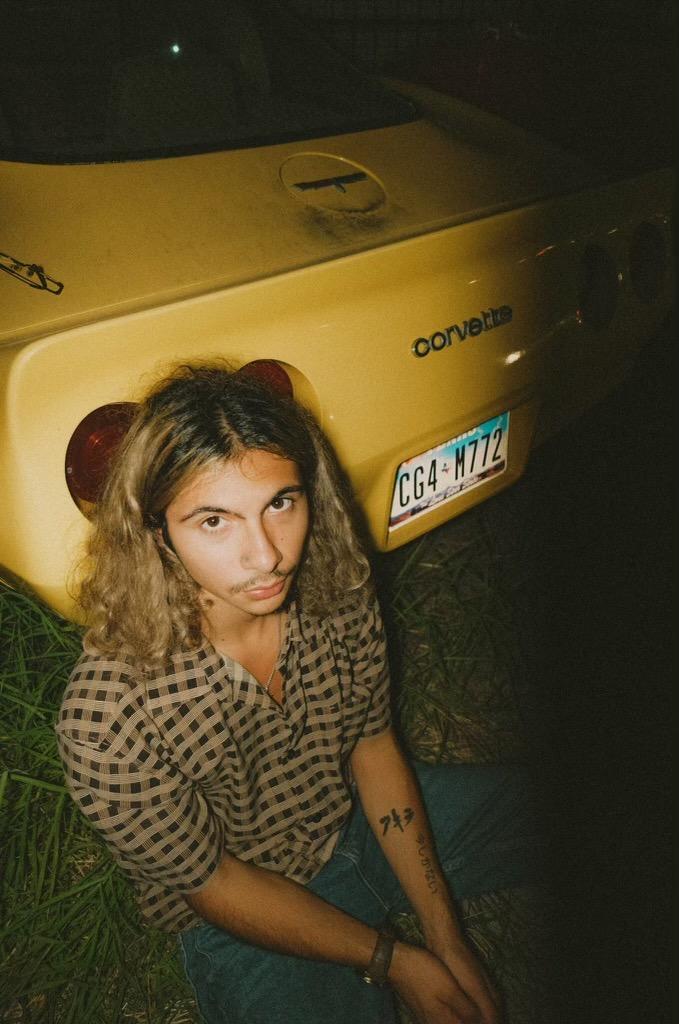 Keanu Domini is a Hip-Hop Rap artist, song writer and actor, born and raised in Corpus Christi, Texas. Keanu lived in Orange Grove, Texas - his family’s hometown, up until they moved out to Corpus Christi in 2008, when he was 6 years old. In 2016, at the age of fourteen, he began writing poetry on the bus on the way to school every morning, which would later evolve into Rap. He began writing raps in his garage - a place he referred to as “The Lab", where he would spend hours on end, perfecting his craft. "I was going through a hard time back in 2016, and it wasn't until one day, I remember it so vividly - I was helping my dad paint a house, he had just been laid off, so we were doing anything to make money - selling plates of food, cutting grass, painting houses - you name it. It came to me like a vision, I can't really explain it, but there was this feeling inside of me, and from then on out, I told my self - I'm going to be a rapper, I don't know how I'm going to do it, but I know I'll figure it out." From that point on into late 2016 and into 2017, Keanu really began focusing on his ability to write. In the summer of 2018, after his freshman year of HS, he would begin work on his first concept album titled "A Dark Dark Knight". "It was ironic, because I thought I had already gone through the lowest point of my life, throughout the duration of making this album (2018-2020) those were the hardest times for me, I'm glad I pulled through, and made it here, where I am today as a person." After a long road of trials, Keanu Domini had finally accomplished his goal, and on September 4th, 2020 "A Dark Dark Knight” debuted on every digital streaming platform. Upon the heels of the release of his first album, and eager, now more than ever, to reach even higher - he became driven. Keanu delved deep, began work, and focused on his second album "The P.A.R.T.Y." Acronym for the P.oetic A.lbum R.epresenting T.he Y.outh. The P.A.R.T.Y. debuted on every digital streaming platform on September 11th, 2021. Keanu Domini's unique sound and presence are evident in his body of work thus far. "A Dark Dark Knight" is compelling, it is gritty, and powerfully raw - as it reflects his desire to share his darkest moments through his lyrics. Through this album, he takes you on a journey of how difficult life can be, through the eyes and mind of Keanu Domini. The concept for the album cover of "A Dark Dark Knight” is an analogy of life beating you down, and then coming out stronger on the other side of it - still standing strong amid the chaos. The music video to the first track on this album, titled "Welcome to the Dark" is an extension of the concept for the album cover - highlighting themes such as: loyalty & betrayal, deceit, violence, determination, perseverance, and triumph. Keanu wrote the script and co-directed the music video for "Welcome to The Dark' with Pablo Schmitt Creative. Reflecting further upon Keanu's body of work, so far- as a whole, and taking a glimpse into his second album "The PARTY" - Keanu takes you on a trip, and you are the VIP passenger. "The PARTY" is a concept album, highlighting a montage of paramount themes within today's collective culture. Keanu's ability to transform theme's, lyrics and music are evident throughout his work, and demonstrate a keen sense of flexibility and range within his craft. From his first album to his second album, you see his clever ingenuity in exposing his audience to concepts through his art. Keanu's capability in bringing to life what he envisions through his craft is evidenced through his work. Keanu Domini is only 19 years old and has already accumulated an impressive body of work. Keanu has released two albums within twelve months of each other, professionally recorded, mixed, and mastered at Metropolis Recording Studio, under the guidance of Music Producer & Audio Engineer - Mr. Michael Fuentes.Artist Name-Keanu Domini Email-keanudomini@gmail.comKeanu continues to write, and is actively performing across venues, as well as collaborating with other artists. Keanu Domini is coming to a venue near you! https://open.spotify.com/track/69a9MtC5cnAP0PRyEVlM3L https://www.facebook.com/followkeanudomini/ https://instagram.com/keanudomini?utm_medium=copy_link https://vm.tiktok.com/TTPdM6VbLF/ https://www.flowcode.com/page/keanudominin https://m.youtube.com/channel/UCyQBI4fP6FbaI2H5C_Jix9g

You can edit or delete your press release Keanu Domini Is A Very Talanted Artist On The Rise From Corpus Christi, Texas here

05-04-2021 | Advertising, Media Consulting, …
Allied Market Research
Europe Pilates & Yoga Studios Market Trending News, Industry Growth, Share, Key …
Increased awareness regarding health & fitness is expected to significantly drive the growth of the market. Although fitness consciousness is higher in urban areas, the market is expected to witness steady growth in semi-urban areas of the developing economies. A significant rise in the obese population supplements the Europe Pilates & yoga studios market growth. Inactive lifestyle and dysfunctional diets cause obesity, which results in increased prevalence of cardiovascular and
03-23-2020 | Fashion, Lifestyle, Trends
Allied Market Research
Pilates & Yoga Studios Market Expected to Reach $215,811 Million by 2025
According to a new report published by Allied Market Research titled,"Pilates & Yoga Studios Market by Activity: Global Opportunity Analysis and Industry Forecast, 2018 - 2025,"the Pilates & yoga studios market size was valued at $87,926 million in 2017, and is projected to reach $215,811 million by 2025, growing at a CAGR of 11.7% from 2018 to 2025. U.S. held nearly two-fifths share of the global market in 2017. Download Sample
02-15-2012 | Arts & Culture
HighValueViralMedia
Celebrity HGTV Host Suzanne Whang Debuts One Woman Comedy Show about Breast Canc …
On February 5 at Beyond Baroque in Venice, CA, Suzanne Whang opened her one woman show "Cracked Open" before a sell-out crowd. You can buy tickets to the remaining show at http://www.suzannewhangcrackedopen.com. Cracked Open radically and comically dissect issues of race, culture, gender and politics, and addresses the actress's ongoing journey with Stage 4 metastatic breast cancer. This funny and autobiographical show received a standing ovation from an audience comprised primarily
08-19-2008 | Arts & Culture
Louis Briel Portraits
Keanu Kidnapped!
At last it can be told! In the summer of 2004, internationally known portrait artist Louis Briel met actor Keanu Reeves in Los Angeles at Le Clafoutis, a Sunset Strip restaurant, and chatted with him about doing a portrait of Mr. Reeves for his fortieth birthday in September 2004. Mr. Reeves said his schedule of filming would not allow him to sit, so Mr. Briel decided to do the painting,
Comments about openPR
9 o'clock: discuss press release with client, 10 o'clock: submit release to openPR, within the briefest possible time release is published and displayed in a prominent place on openPR.de. I am thrilled!
Zehra Spindler, Calypso Now! - Communication Agency