Is There A Link Between COVID-19 And Parkinson's Disease 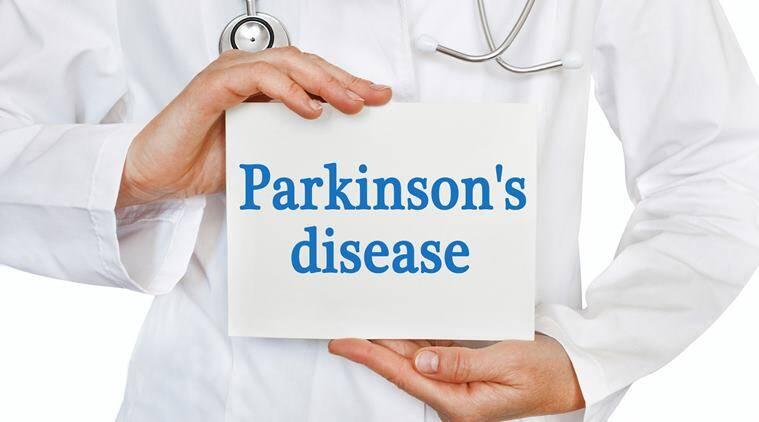 Case reports of younger COVID-19 patients developing Parkinson’s disease within weeks of contracting the virus led researchers to investigate a possible link between the two conditions.Scientists recently demonstrated that, in the test tube, the SARS-CoV-2 N-protein interacts with a neuronal protein known as α-synuclein and boosts the development of amyloid fibrils—the pathological protein bundles characteristic of Parkinson’s disease. Along with causing respiratory symptoms, SARS-CoV-2 can induce neurological problems, like headaches, loss of smell, and “brain fog.” However, it is still controversial if these symptoms are caused by the virus penetrating the brain, or if the symptoms are due to chemical signals released in the brain by the immune system as a response to the virus.In Parkinson’s disease, a protein known as α-synuclein develops abnormal amyloid fibrils, which leads to the death of dopamine-producing neurons in the brain. Intriguingly, in Parkinson’s disease, loss of smell is a usual premotor symptom.This fact along with case reports of Parkinson’s in COVID-19 patients led Christian Blum, Mireille Claessens, and coworkers to wonder if the protein components of SARS-CoV-2 could induce the accumulation of α-synuclein into amyloid.The researchers analyzed the two abundant proteins of the virus—the spike (S-) protein that facilitates the entry of SARS-CoV-2 into the cells and the nucleocapsid (N-) protein that encapsulates the RNA genome within the virus.The researchers performed test tube experiments where they utilized a fluorescent probe that attaches amyloid fibrils to demonstrate that—in the absence of the coronavirus proteins—α-synuclein needed over 240 hours to aggregate into fibrils. When the S-protein was added, the researchers found no effects, however, the N-protein reduced the aggregation time to less than 24 hours.The researchers carried out other experiments to demonstrate that the N- and α-synuclein proteins interact directly. The interaction is partly due to their opposite electrostatic charges, with around 3–4 copies of α-synuclein linked to each N-protein.The scientists later injected the fluorescently labeled α-synuclein and N-protein into a cell model of Parkinson’s disease which contained the same concentration of N-protein that would be seen inside a SARS-CoV-2-infected cell.Twice as many cells died when injected with both proteins compared to control cells with only α-synuclein injected. It was also found that the distribution of α-synuclein was changed in cells co-injected with both proteins.The researchers observed elongated structures even though they could not confirm that they were amyloid. The researchers state that they are unsure if these interactions take place inside neurons of the human brain, however, if that is the case, it could illustrate the possible connection between COVID-19 infection and Parkinson’s disease.As a leading supplier of PEG derivatives and pharmaceutical intermediates, Huateng Pharma supplies CAS NO.27514-08-5 & CAS NO.104617-49-4 & CAS NO.106092-09-5 with best price and high quality, they are intermediate of Pramipexole for Parkinson's disease. It also supplies some PEG products used in COVID-19 mRNA vaccines, such as DSPA, mPEG-DSPE, mPEG-DTA (ALC-0159) and so on.Hunan Huateng Pharmaceutical Co. Ltd. Address: Lugu Business Plaza E1, Yuelu District, Changsha City, Hunan Province, China Manufacturing Base: Tongguan Kiln, Wangcheng district, Changsha, Hunan, China Email: sales@huatengusa.com Website: https://us.huatengsci.com Zip code: 410205 Telephone: +86 731 89916275 Fax: +86 0731-82251112-818Human Huateng Pharmaceutical Co., Ltd. is a leading and professional manufacturer which can provide pharmaceutical intermediates, PEG derivatives, biochemical reagents, APIs, Vitamin D Derivatives and so on. We are committed to providing cost-effective pharmaceutical products and services to customers around the world with the belief of “Strive for the Human Health".

04-30-2019 | IT, New Media & Software
Linetime Limited
QualitySolicitors Parkinson Wright invest in the future
QualitySolicitors Parkinson Wright has selected Liberate from Linetime as its business-wide legal services software platform. The Worcestershire based practice, with over 100 staff, operate from 4 offices and have a highly regarded reputation for their services including residential property, private client, family, dispute resolution and commercial. The firm also has its own estate agency. The firm recognised that to continue delivering high quality services to its clients it needed to provide
11-07-2017 | Health & Medicine
Market Research Future
Wolff Parkinson White syndrome Market found Future opportunities of 2023
The Analysis presents the study of Global Wolff Parkinson White syndrome Market facilitating the regional and country wise analysis covering the strategic analysis of each market player and the market share they hold Wolff Parkinson White Syndrome Market Information: By Types (Type A, Type B) By Diagnosis (Electrocardiogram (ECG), Electrophysiological Testing, Others) By Treatment (Drugs (Anti-Arrhythmic, Beta-Blockers, Others), Cardioversion, Radiofrequency Catheter Ablation, Surgery, Artificial Pacemaker, Others) By End Users - Global
03-08-2012 | Health & Medicine
Parkinson Research Foundation
PARKINSON RESEARCH FOUNDATION Announces Director of Patient Programs, Services a …
The Parkinson Research Foundation is pleased to announce that Marilyn Tait has joined the foundation as the Director of Patient Programs, Services and Advocacy. Tait, is a graduate of Thomas Jefferson University School of Nursing in Philadelphia, Pennsylvania. Tait has forty years experience in healthcare marketing and program development. After specializing in oncology for 30 years, Tait embarked on her new career at a time in her life when
10-05-2011 | Health & Medicine
Parkinson Research Foundation
PARKINSON RESEARCH FOUNDATION’S (PRF) WESTERN CARIBBEAN FOURTH EDUCATIONAL CRU …
The Parkinson Research Foundation (PRF), a non-profit organization with a dedicated patient education program, will return to the Western Caribbean for its fourth educational cruise. PRF developed its educational cruise program to give Parkinson patients, caregivers family and loved ones unrivaled access to experts in the movement-disorder field. After visiting the Bahamas and Alaska on the first two respective PRF cruises, PRF’s ventured to the Western Caribbean on its most
09-16-2011 | Health & Medicine
Parkinson Research Foundation
PARKINSON RESEARCH FOUNDATION (PRF) Develops New Patient Outreach Program
One of the principal missions of the Parkinson Research Foundation (PRF) that distinguishes it from other Parkinson organizations is PRF’s focus on patient education; specifically education that enables Parkinson patients and their caregivers to live fuller and more comfortable lives with Parkinson's disease. The Foundation’s educational events, including educational cruises, gather leading Parkinson experts, therapists and nutritionists from across the country to offer life-changing tools and knowledge for individuals affected
10-29-2010 | Health & Medicine
Parkinson Research Foundation
Parkinson`s Disease:New Hope Educational Conference
PARKINSON’S DISEASE: NEW HOPE EDUCATIONAL CONFERENCE Become knowledgeable about the advancements in surgery The Parkinson Research Foundation is proud to announce that Dr. James Schumacher will be speaking about advances in surgery at our fourth annual New Hope for Parkinson’s conference on November 1st in Boca Raton. Dr. Schumacher is an internationally known expert in the field of neurosurgical treatment of Parkinson’s disease and movement disorders. He has an extensive background and
Comments about openPR
9 o'clock: discuss press release with client, 10 o'clock: submit release to openPR, within the briefest possible time release is published and displayed in a prominent place on openPR.de. I am thrilled!
Zehra Spindler, Calypso Now! - Communication Agency