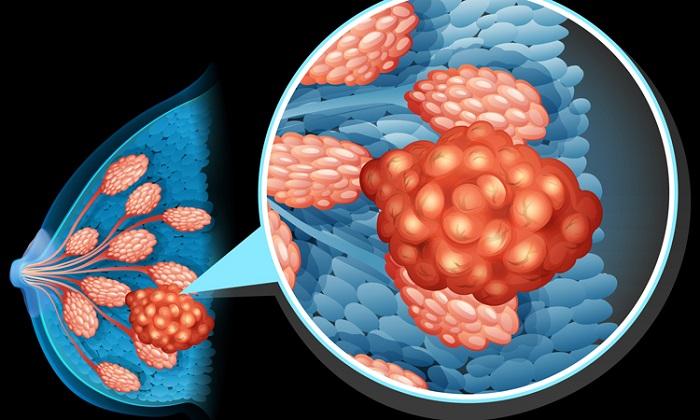 A unique antibody drug conjugate (ADC), which delivers a high dose of a cancer-killing drug to tumor cells through a targeted antibody, has been found in a global phase 3 clinical study to nearly double the survival time of patients with refractory metastatic triple-negative breast cancer. The study of the ADC drug sacituzumab govitecan (SG), for which Massachusetts General Hospital (MGH) was a lead clinical research site after serving as the lead site for the pivotal phase 1/2 trial, reported superior outcomes compared to single-agent chemotherapy, the standard for treating metastatic triple-negative breast cancer. The phase 3 results of the study, known as ASCENT, were published in the New England Journal of Medicine.Metastatic triple-negative breast cancer is the most aggressive type of breast cancer with a poor prognosis. Chemotherapy has remained the only standard treatment option, but it is associated with low response rates and short progression-free survival. SG, which was developed and is manufactured by Immunomedics, a subsidiary of Gilead Sciences, received accelerated approval by the U.S. Food and Drug Administration in April 2020 on the basis of favorable phase 1/2 clinical trials, with full approval contingent on the confirmatory phase 3 results.ASCENT is a global study to evaluate the safety and efficacy of the antibody drug conjugate compared to chemotherapy in 529 patients with metastatic triple-negative breast cancer whose cancer had relapsed or was resistant to at least two other forms of therapy. The investigators found that median progression-free survival with the ADC agent was 5.6 months compared to 1.7 months with chemotherapy, and that median overall survival was 12.1 months with the ADC agent compared to 6.7 months with chemotherapy. The study also found that the response rate— that is, shrinkage in the size of the metastatic tumor sites—was 35% after administration of ADC compared to 5% with chemotherapy.ADCs are complex molecules that combine the targeting capabilities of monoclonal antibodies with the cancer-killing strength of cytotoxic drugs. In the case of sacituzumab govitecan, the monoclonal antibody seeks out the antigen (or protein), known as Trop-2 that is overexpressed on the surface of tumor cells, and delivers the anti-cancer drug SN-38 in a highly concentrated dose that destroys cancerous cells while sparing normal ones. ADCs have been established as a treatment option for HER2-positive breast cancer."We believe antibody drug conjugates are particularly promising as building blocks for effective new combination treatments," says Bardia. "The goal is to not only improve patient outcomes, but also to establish ADCs as first-line therapy or even earlier so that these powerful agents can play a role in preventing the spread of triple-negative breast cancer."Biopharma PEG is dedicated to being your most reliable partner to provide high-quality PEG linkers to promote the progress of your ADC R&D. PEG product 2-((Azido-PEG8-carbamoyl)methoxy)acetic acid (CAS No.: 846549-37-9) acts as a PEG linker in the ADC drug Sacituzumab govitecan, we have this product in stock, we can also support custom synthesis with different quantities based on customers' requirment.Biopharma PEG Scientific Inc. Address: 108 Water Street, Room 4D, Watertown, MA 02472, USA Website: https://www.biochempeg.com/ TEL: 1-857-366-6766 Fax: 617-206-9595 Email: sales@biochempeg.comBiopharma PEG is a biotechnology-oriented company in Watertown, Massachusetts. We are dedicated to manufacturing and supplying high purity polyethylene glycol (PEG) derivatives and reagents, monodisperse PEG, Click Chemistry reagents, PEGylation services and custom PEG derivative synthesis to clients worldwide. These PEG reagents have been widely used in bioconjugation, antibody-drug conjugates (ADCs) therapeutic, drug delivery and diagnostics field.

12-27-2021 | Business, Economy, Finances, B …
Biochempeg Scientific Inc.
What Are Components And Mechanism Action of Antibody-Drug Conjugates
Antibody-Drug Conjugates (ADC) is a type of anticancer drug that links a drug to cancer-targeting antibodies. The antibody detects tumor-specific proteins expressed on cancer cells and directs the cytotoxic anticancer drug towards the cancer cell. Compared to alternative cancer treatments, for example, chemotherapy, immunotherapy, radiation, and stem cell therapy, ADC combines chemotherapy and immunotherapy and allows selective delivery of anticancer drugs and reduces systemic exposure and toxicity of anticancer drugs. Components of ADC One
10-11-2021 | Business, Economy, Finances, B …
Biochempeg Scientific Inc.
ADC Has Curative Effect On Cell Surface Protein In Neuroblastoma
Physician-scientists in the Cancer Center at Children's Hospital of Philadelphia (CHOP) have developed a preclinical, potent therapy attached to an antibody that targets a surface protein expressed in most childhood neuroblastomas, effectively killing cancer cells. The researchers published their findings today in Science Translational Medicine. In 2008, researchers discovered mutations in the anaplastic lymphoma kinase (ALK) gene as the major cause of the inherited form of neuroblastoma and showed that these same mutations
08-02-2021 | Business, Economy, Finances, B …
Biochempeg Scientific Inc.
What Factors Are Affecting The Effect of Cancer Treatment?
With social development and medical advances, people are living longer, but with that, many diseases are becoming more common, such as cancer. In 2020, there will be 19.3 million new cases of cancer and nearly 10 million deaths worldwide; and by 2040, the number of new cases is expected to reach 28.4 million, an increase of 47% from 2020. Unlike common diseases such as colds and coughs, cancer is a more
07-01-2021 | Business, Economy, Finances, B …
Biochempeg Scientific Inc.
The Advantages of Monodisperse PEG In Drug Development?
Monodisperse PEG products usually are organic compounds with a molecular weight of less than 1000. Monodispersed PEG linkers are pure compounds with a single molecular weight. In contrast, polydisperse PEGs linkers contain variations in molecular weight with an average molecular weight. The use of polydisperse PEGs linkers in drug development has led to problems in biological applications due to steric hindrance and binding. With advancements in both synthetic and purification chemistry over the