Not one, but two finalists for Advent IM in the British Ex Forces in Business Awards 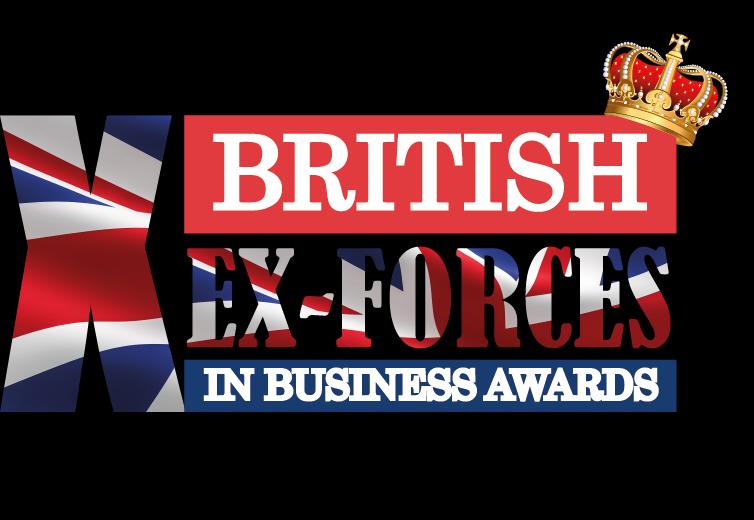 Ex-Veterans at Advent IM announced as finalists at the stunning British Ex-Forces in Business Awards 2021After a testing year, Advent IM are thrilled to announce that not one, but two team members have made the shortlist for the ‘British Ex-Forces in Business Awards, 2021’, the world’s largest celebration of veterans in a second career. The British Ex-Forces in Business Awards is the world’s flagship platform for providing that visibility by celebrating the achievements of veterans in the wider workforce and promoting the strong synergies between military values and business excellence. The awards highlight the military-gained skills and qualities that have helped enable their business achievements and recognises the organisations that have supported them.Advent IM are very proud to announce that following a record number of nominations for the flagship recognition programme, Mike Gillespie, Managing Director & Co Founder of Advent IM has successfully been shortlisted as a finalist for the prestigious Business Leader of the Year (SME) award, alongside his colleague and Managing Consultant at Advent IM, Dave Wharton, who has made the shortlist for Role Model of the Year Category. Mike joined the RAMC in 1989, leaving in 1998, to pursue a career in ICT / Information Management and today, is the Managing Director of Advent IM. Since 2002, Advent has gone from 2 people with a laptop to a £3.5m turnover company in under 20 years, with 19 employees. Dave joined Advent IM from the RAF in 2009 as a Security Consultant. In 2018, Dave was promoted to Managing Consultant with direct responsibility for the consultancy team. Under Dave's leadership, the team has doubled in size and he is also responsible for other outsourced consultants brought in during busy periods. Since launching in 2018, the prestigious awards initiative, of which BFBS is a media partner, has played a prominent role in eradicating the negative misconceptions that disadvantage veterans in the workplace. In a study by SSAFA, the Armed Forces charity, a third of UK hirers said they’d feel reluctant hiring someone who served in the military, and just 48% of workers said they would feel comfortable working with a service leaver. As the biggest platform for showcasing the exceptional talent pool formed by the thousands of people who leave the Armed Forces each year, the Ex-Forces in Business Awards cultivate a far more positive veterans’ narrative to the business community. By showing how military skills and values help enable business success, they demonstrate the strong value employers gain by supporting the transition of servicemen and women. The Awards programme is also a powerful vehicle for increasing the visibility of both role models and career opportunities for service leavers. This year’s UK shortlist exhibits the second-career achievements of over 180 veterans and reservists, whittled down from a record-breaking 600 nominations. The sheer breadth of opportunities available to veterans are displayed through the large variety of sectors represented on the shortlist. These exciting, high-profile awards ceremonies not only gather business leaders and veterans to honour the winners, but also bring together top companies, key military personnel, politicians, journalists, and other stakeholders to advance dialogue and share best practice around the benefits of ex-forces employment initiatives, and ultimately promote the significant value that military-gained skills can provide to the UK economy if better utilised across the workforce. Lt. Gen. Sir Andrew Gregory, CEO at SSAFA, Official Charity Partner of the Awards, said: “Many congratulations to everybody who has been shortlisted for the 2021 British Ex-Forces in Business Awards. SSAFA, the Armed Forces charity, is very proud to be associated with this important programme, which celebrates veteran employment and increases visibility of business role models for servicemen and women. “As a former Chief of Defence People, and now Chief Executive at an Armed Forces charity which operates a mentoring scheme amongst other vital services, I am very aware of the challenges that can be faced by service leavers during their transition, and role models are crucial. It is heartening to see such a large volume and breadth of employers acknowledging the skills and values of those who have served their country.” The winner of each category will be announced and celebrated at a glittering ceremony on 2 December, taking place in the InterContinental London - The O2. In attendance will be over 1,000 business and military leaders, expected to represent over 400 UK employers. Jacqui Oatley MBE will host the ceremony, as well as introduce a programme of live entertainment and special guest speakers, including the double Olympic rowing champion Major Heather Stanning OBE. The results will be shared across the Advent IM social media accounts. To find out more about this years' awards programme, and see a full list of finalists, please visit https://exforcesinbusiness.co.uk/ For more information on Advent IM:Ellie Hurst, Head of Marcomms & Media, Advent IM Ltd, Tel: 0121 559 6699. Email: Ellie.Hurst@Advent-im.co.uk. Issued: 1.11.21 Ends Ref:Cradley Enterprise Centre Ltd, Maypole Fields, Cradley, Halesowen, B63 2QB.Advent IM is an independent specialist consultancy, focusing on holistic security management solutions for information, people and physical assets, across both the public and private sectors. Established in 2002, Advent IM is a centre of excellence for security services, promoting the benefits of best practice guidelines and standards and the need to address risk management to protect against potential threats. From its offices in the Midlands and London, its Consultants work nationwide and are members of the Chartered Institute of Information Security (CIISec), The Security Institute (SyI) and British Computer Society. Consultants are also Lead Auditors for the International standard for information security management (ISO 27001)), CESG Certified Professionals (CCP), Practitioners of PRINCE2, a recognised project management methodology widely used within the public sector, CISSP qualified and Home Office trained physical security assessors.

You can edit or delete your press release Not one, but two finalists for Advent IM in the British Ex Forces in Business Awards here

09-02-2021 | IT, New Media & Software
Advent IM Ltd
Pandemic Challenges Bring Success to Information and Cyber Security Consultancy
Despite the challenges of the last 18 months one information security firm, Advent IM Ltd, has seen massive growth as the move to remote and hybrid working increases demands on cyber security teams in the public and private sectors. Not only has the company, a specialist in providing cyber security risk, policy, compliance and training services, seen a massive growth in revenue during difficult times, it has also expanded its team
05-27-2021 | Business, Economy, Finances, B …
Advent IM Ltd
Advent IM’s Armed Forces Covenant officially issued today
Leading Independent Information Security Consultancy, Advent IM, has signed up to the Armed Forces Covenant. This officially pledges continued support to the Armed Services Community. The Armed Forces Covenant is a promise from the nation to those who serve or who have served, and their families, which says the organisations who sign this pledge will do all they can to ensure those who serve are treated fairly and are not disadvantaged
09-30-2020 | Business, Economy, Finances, B …
Advent IM Ltd
G-Cloud 12 will include Advent IM Holistic Security Consultancy
**PRESS RELEASE** Media Contact: Ellie Hurst +44 (0) 121 559 6699, bestpractice@advent-im.co.uk Date : 29 September 2020 G-Cloud 12 will include Advent IM Holistic Security Consultancy The UK’s leading independent holistic security consultancy today confirms its availability on the latest iteration of the UK Government’s public sector market place, G-Cloud 12. Advent IM will continue to be available as Crown Commercial Services (CCS), the body that runs the G-Cloud Framework, announces the latest iteration of this
08-26-2020 | Business, Economy, Finances, B …
Advent IM Ltd
Julia McCarron from Advent I M appears in The Leaders Council Podcast alongside …
The Leaders Council of Great Britain and Northern Ireland is currently in the process of talking to leadership figures from across the nation in an attempt to understand this universal trait and what it means in Britain and Northern Ireland today. Julia McCarron from Advent I M was invited onto an episode of the podcast, which also included an interview with Lord Blunkett. Host Matthew O'Neill asked both guests a series

08-05-2019 | Business, Economy, Finances, B …
Acora
Acora and Plan-Net join forces
Acora Ltd, the innovative owner-managed UK-based IT Services company, has completed the acquisition of Plan-Net Ltd, another owner-managed IT support and services company, based in London. The merged Group has revenues approaching £30m, more than 70% of which comes from long-term recurring contracts. The Group will deliver services from four UK service operation centres, providing full 24/7 coverage to more than 250 high value clients. Both businesses have focused on
12-05-2017 | Business, Economy, Finances, B …
Gleistein Ropes
Pfeifer and Gleistein join forces
Leading international rope specialists secure strategic cooperation for joint sales and development It is no secret that “wire ropes of the future” will continue to be increasingly produced using synthetic fibres. High-performance ropes made of high-tech textile fibres weigh just a fraction and are easier to handle than their steel-wire based counterparts while delivering performance attributes that are on par. It is upon this backdrop that Gleistein Ropes and the Pfeifer
01-28-2016 | Advertising, Media Consulting, …
Roq.ad GmbH
Roq.ad and Webtrekk join forces
Berlin, 7 September 2015 – Roq.ad, Europe’s leading cross-device technology provider, has entered into a strategic partnership with Webtrekk, a provider of digital intelligence solutions, headquartered in Berlin with offices in China, Italy, Spain, the Netherlands and the USA. The collaboration leverages Roq.ad probabilistic matching capabilities to enrich the digital intelligence solutions from Webtrekk, including the Webtrekk Digital Intelligence Suite. On a user basis, this allows improved cross-device attribution modelling and
04-30-2012 | Energy & Environment
SUNSTALL
Sunstall and Cantsink Manufacturing Join Forces
After making initial contact shortly before the start of Intersolar 2011 in San Francisco, California. Cantsink Business Development Manager, Chris Jones and Sunstall President Helge Biernath, began talks to possibly work together on photovoltaic projects. During these conversations, it became increasingly evident that the two companies could very easily work in tandem to greatly increase the productivity and marketability of each firm. Cantsink Manufacturing, which is a manufacturer
06-08-2011 | IT, New Media & Software
GlobalLogic, Inc.
GlobalLogic and Rofous Software Join Forces
Acquisition Extends GlobalLogic’s Leading Position in Software R&D Services; Company Now Serves 50 Percent of Top 20 Global Technology Firms, Including LinkedIn McLean, VA – May 24, 2011 – GlobalLogic, a leader in software R&D services, today announced that it has acquired Rofous Software, a product and content engineering company with offices in Milpitas, California; Redmond, Washington; and Hyderabad, India. Rofous Software’s client base includes industry leaders such as LinkedIn and
11-24-2009 | Associations & Organizations
German Horse Industry Consulting GmbH
Combining Forces – Horse Industry Network
Cooperation in networks has become a key factor for holding one's ground under the altered globalized market conditions in terms of customer orientation, speed, flexibility and reduced costs. Since 2007, GHI has been working at various levels in this context in order to achieve these goals. A look at the operation and effectiveness of the German Horse Industry is rewarding, because it confirms that networking can also pay off in
Comments about openPR
I can't but agree to the positive statements about your portal: easy to use, clear layout, very good search function, and quick editing!
Jens O'Brien, Borgmeier Media Communication