Confidence Magazine is Back with Lindsay Lohan and More 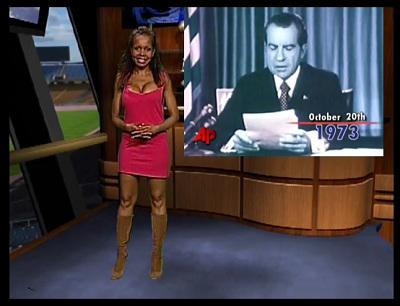 This weekend, Dr. Leigh-Davis unveiled the new and improved "Confidence Magazine" with Lindsay Lohan on the cover.There has been much anticipation for the return of "Confidence Magazine," which was put on hold amidst ownership changes and a fight for control of the helm. Following the delay, a new editorial staff and mission statement was unveiled. New editor-in-chief Dr. Leigh-Davis weighed in, “‘Confidence Magazine’ continues to be the magazine for ‘men and women of discriminating taste,’ albeit with better writers and more outstanding photos.”"'Confidence Magazine' was always meant to be the caliber of Vanity Fair & Esquire, but now it is also part coffee table book," publicist Rick Barron explained. The new issue is 50% high quality photos of everything from celebrities, to vacation spots, to high quality prints of works of art. The coffee table book/magazine is meant to have the pages torn out and framed or posted on a bulletin board to add decor and art to any room. However, what "Confidence Magazine" hopes to use to keep readers, is its outstanding writing.In addition to articles on "Living Green" and book reviews on New York Times Best Sellers, Confidence Magazine showcases fashion and real estate. In fact, anything that the person of discriminating taste would like to know about, can be found in Confidence Magazine. The most anticipated feature of Confidence Magazine is its serial features, which are fictional stories where every issue contains a new "episode." "We wanted to make these fictional serials have cliffhangers like the 'Who shot J.R.?' cliffhanger on 'Dallas,'" said Kimber Tomm, marketing director of Confidence Magazine. Confidence Magazine also features a travel section; political satire; music reviews; relationship advice; and so much more. "It is like Vanity, Esquire, and Rolling Stone all rolled in to one magazine," said college student Ken Munder. Confidence Magazine is a bi-monthly glossy magazine publication, with an online companion.Dr. Leigh-Davis is editor-in-chief of “Confidence Magazine.” She is a creative with an analytical mind, who is an award winning problem solver & producer of tantalizing media content. Specifically, Dr. Leigh-Davis is a retired attorney, anthropologist, and popular TV & media personality, who regularly appears as a legal analyst and legal correspondent on NBC news, CNN and Fox news. She is also the former host of the Court TV television show, “The Court is in Session.” Dr. Leigh-Davis’ recent book, “Quotes from the 1960's: Sex, Love and Rock & Roll,” is now available on Amazon. More information about Dr. Leigh-Davis’ television, writing and radio projects, can be found on Dr. Leigh-Davis’ official website.Creative Endeavors is a multimedia entertainment company handling ALL CONTENT in, or related to, the entertainment business. Creative Endeavors functions both in front of the camera, and behind the scenes, with its roots in television. Creative Endeavors was originally formed to harness the power of television and offer adults compelling programming – including real-life stories. In all creative markets, from television to books, Creative Endeavors engages viewers with smart, provocative and timely programming – stories that no one else is telling in ways that no one else is telling them. Creative Endeavor’s programming shines a light where others won’t dare and boldly explores important subjects – opening minds, sparking conversations and forming deep connections with its audience. Its audience is comprised of affluent, curious, social and connected adults who crave entertaining, enlightening, witty and informative programming. Creative Endeavors operates globally and has locations in the U.S. and the UK.Creative Endeavors 33 Albemarle Street Mayfair London, England W1S 4BP Contact: Jane Daniels 0844 232 6130 jane@DrLeigh-Davis.co.uk

03-26-2012 | Media & Telecommunications
ENENSYS Technologies
Enabling IP broadcasting in confidence
At this year’s NAB, ENENSYS unveils the world’s first and unique seamless IP switch, IPGuard™, which provides safe delivery of any IP streams carrying digital TV, digital radio or data services to meet customers’ expectations with a reliable IP broadcasting. With the emergence of IP networks, more and more the broadcast world is migrating from the famous ASI interface to the wide spread IP interface to offer more services and flexibilities.
09-14-2011 | Industry, Real Estate & Constr …
Obelisk International
Brazilian Investment Confidence Grows
Confidence in Brazilian investments continues to grow. Both Brazilian executives and foreign investors are bullish on the prospects for investment in Brazil. Ernst & Young’s latest Capital Confidence Barometer for Brazil finds the majority of survey respondents optimistic about the immediate future for investments in Brazil. Published last month, the Barometer summarises survey replies from over 1,000 executives. More Pluses Than Minuses In the Perspectives section, the Barometer lists the reasons behind the
01-26-2011 | Business, Economy, Finances, B …
XTEL
Galbani Means Confidence. In XTEL
Dairy products leader in Italy and around the world, the company has confirmed its choice of XTEL as a provider of sales process automation solutions by adopting nearly all the modules of the SM1 suite. Gruppo Lactalis Italia brings together some of the most prestigious brands of the Italian dairy tradition (Galbani, Invernizzi, Locatelli, Cademartori, Vallelata) and the world’s leading brand of French cheeses, Président. The company thus originated from the
09-15-2010 | Arts & Culture
Hartecastmusic.com
Self Confidence is Sexy!
September 14, 2010 (San Francisco, California)- The CD release, "Lookin' Good", sung by Mona and produced by music producers/publishers, Felecia Harte and Steve Krchniak of "Hartecastmusic.com", is a new twist on good, old-fashioned... vanity. We all know someone who cannot pass a mirror without gazing at themselves as though they are lovesick with their own image. Most would concede this form of self-absorption is over the top but
01-08-2010 | Business, Economy, Finances, B …
Chief Executive Group
CEO Confidence Turns Positive
NEW YORK, January 7, 2010 – Chief Executive magazine’s CEO Confidence Index, the nation’s only monthly CEO Confidence Index, surged in December. The CEO Confidence Index gained 9.2 points (10.8%), rising to 85.4. All five components of the CEO Confidence Index showed gains ranging from 6.9% to 15.9%. The individual components of the CEO Confidence Index fluctuated in November, reflecting continued uncertainty in the business environment.
12-07-2009 | Business, Economy, Finances, B …
Chief Executive
CEO Confidence a Mixed Message
NEW YORK, December 3, 2009 – Chief Executive magazine’s CEO Confidence Index, the nation’s only monthly CEO Confidence Index, showed a slight decline in November. The CEO Confidence Index fell 1.6 points or 2.1% to 76.2. The five components of the CEO Confidence Index fluctuated, with some components showing improvement and others showing continued decline. The variation in the components may be an indicator of a positive
Comments about openPR
OpenPR is clearly structured and remains true to its principle of confining itself to the essential parts. OpenPR has proven to be a very good and reliable partner to our media agency: Within the shortest time the releases are online and go down well with the media representatives. The success of OpenPR is reflected in the steadily increasing number of press releases. It is good that OpenPR exists!
Ursula Koslik, Director Marketing & PR, F+W Hamburg