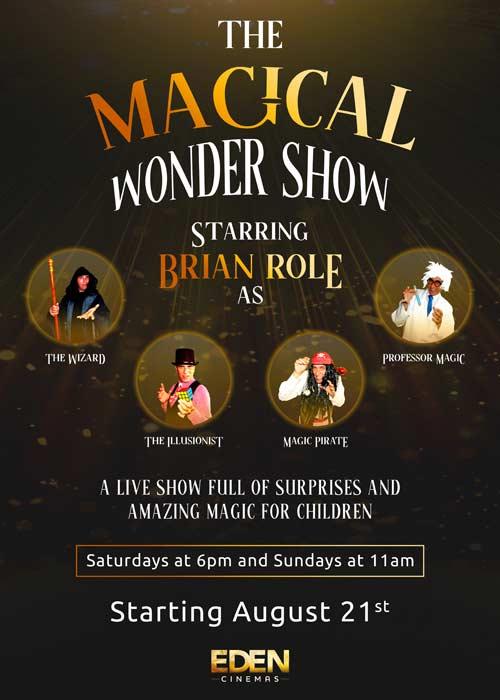 International magician and illusionist, Brian Role` has announced a brand new show, 'The Magical Wonder Show' starting this month. The Magical Wonder Show is a live spectacle of magic full of surprise and magic especially for children of all ages. During the show, four magical characters, all played by the Malta award-winning magician, Brian Role`, will amaze the audience with different themed magic and illusion acts all based around their respective persona. Shows commence on the 21st of August and will be showing exclusively at the Eden Cinemas in Malta. Seats and availability are limited and those wishing to learn more or purchase tickets can do so by visiting this website: https://www.magicalwondershow.comBleep Kids Mosta MaltaBleep Kids, provide the best entertainment options for children in Malta and Gozo.

06-07-2021 | Arts & Culture
BookBuzz.net
Author Charlotte Dune Releases New Magical Romance Novel - Mushroom Honeymoon
Author Charlotte Dune Releases New Magical Romance Novel - Mushroom Honeymoon Author Charlotte Dune is pleased to announce the release of her new metaphysical / magical romance novel, Mushroom Honeymoon. This is book two in The Psychedelic Love Series and can be read as a standalone or in sequence. It picks up where Cactus Friends: A Psychedelic Love Story leaves off and delves into the challenges of marriage, plant medicine
02-05-2018 | Leisure, Entertainment, Miscel …
Royal Cliff Hotels Group
Make Your February Magical At Royal Cliff Hotels Group
Pattaya, Thailand – Are you looking for some new and exciting experiences to look forward to this month? Royal Cliff Hotels Group would like to invite you to two amazing events this February! Looking for the perfect place to celebrate the month of love? Make this Valentine’s Day an unforgettable one with 1 of our 2 incredible restaurants on 14 February 2018. Enjoy a unique romantic red-inspired 5-course dinner under
06-23-2017 | Leisure, Entertainment, Miscel …
Music Promotion Club
Dreamweavers is Going Global with its Magical Compositions
Music lovers love music in any form. Be it slow or soothing, happy or sad, music has the power to evoke unconditional emotions. Of course there are some specific tracks which are more inspirational and close to heart. SoundCloud music site is the gala for music lovers to enjoy their favorite compositions from new artist across the globe. This season soundCloud is witnessing huge engagement in the gallery of
03-30-2017 | Leisure, Entertainment, Miscel …
Music Promotion Club
Listen to Estavian’s magical hip hop instrumental in SoundCloud
Music enthusiasts always look forward to new music tracks in SoundCloud, the best music streaming platform which is the open stage for the aspiring artists across the globe. Amidst different genres of music, the most popular genre in SoundCloud is the vibrant hip hop and rap music. Music fanatics are gifted new artists in every season. The USP of hip hop music is that composers can experiment with different styles
07-27-2016 | Leisure, Entertainment, Miscel …
Feltrim Group
Tasty savings at Visit Orlando's Magical Dining Month
To get a taste of Central Florida, you not only have to visit the area’s world-class theme parks, sample its superb shops and enjoy its unrivalled arts and entertainment – you also need to try its top-class restaurants. And now is the perfect chance, with Visit Orlando's Magical Dining Month, where guests in 90 participating restaurants around the region can save an average of one-third of the price of a meal. From
09-09-2013 | IT, New Media & Software
MeteoGroup
MeteoGroup acquires Magical Weather
9th September 2013: MeteoGroup, the company behind the hugely successful weather apps, WeatherPro and MeteoEarth, has acquired Magical Weather, a beautiful weather app with reliable weather data. Magical Weather, developed by Sophiestication, is a stunning weather app for iPad and iPad mini. Striking the perfect balance between presentation and accuracy, Magical Weather provides easy to read weather forecasts for anywhere in the world, set against beautiful graphic displays. MeteoGroup,
Comments about openPR
OpenPR ist the nicest and most clearly laid out PR platform I have seen to this day. The press releases are displayed very nicely and clearly and without any unnecessary frills. The updates are fast and the finished release looks appealing and is clearly legible. Even with 16 years of experience one discovers new things from time to time. Congratulations!
Gabriele Ketterl, Director Marketing & PR, Menads