Watkins Ward Group Investigations: how you can tell if someone is cheating - Love rats beware 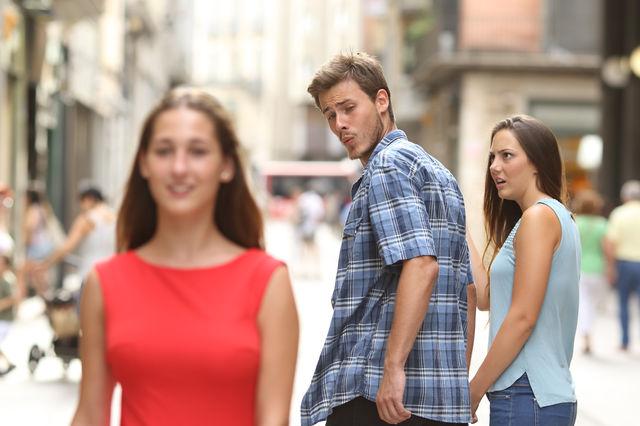 Brian Sladden investigates infidelity and says there are certain red flags that should make a partner worry.Love rats had best beware - a private investigator is telling people how they can spot a cheat. Brian Sladden Detective at Watkins Ward boasts: "I've caught cheats, love rats, whatever you wish to call them. It's my speciality."A recent client called 'Gill' suspected her husband was cheating on her and sought Brian's firm to prove it. "It didn't take us long to catch him out," Brian said. "When we did it was a simple case of presenting the evidence to her. She explained to us what it was like when she discovered her husband had been having an affair behind her back."Finding out your spouse has betrayed you is and will be one of the darkest moments of your life." Gill said: "I didn't want to believe it. It's just a fog of total disbelief.''"I put some guilt on myself. It's so painful. I just wanted to believe nothing was happening, until I just had to.''"It was life shattering for me, absolutely life shattering. I felt worthless and betrayed." It was eight years into their marriage that 'Gill' began to notice changes."He was so clearly distant, all of a sudden he just wasn't there," she said. "He became vacant.'' "There was very little conversation and he found many excuses to be away from me. He basically found lots of places to go during the day.'' "It can be a great thing to get rid of someone so toxic in your life that you're living with." With her relationship dissolving, 'Gill' suspected that her partner had found someone else. But how?Brian believes that "if your gut is telling you something is not right, 99% of the time it's right". However, Brian also says that there are many red flags to watch out for when the possibility of infidelity is on the table.First and foremost, the physical changes, he says, are often the most obvious."Caring all the time about the time they dress, the spouse is coming home late, they are taking their phone with them everywhere, the code is locked or different, face down or on silent - these are all major warning signs."Smartphones are often a key cornerstone in Watkins Ward Group's Investigations. Unfaithful individuals are renowned for becoming overly protective over them, sleeping with them underneath their pillows, making sure nobody else can see their phone to hide messages, Snapchats, WhatsApp or even dating apps. All of these clues would suggest that they are intent on finding something else outside of their current marriage or relationship.Detailing their process, Sladden said: "We look at things such as professional online forensic analysis and detailed background profiling, covert surveillance and intelligence gathering, OSINT and other investigative methods. "There's a lot of different ways that people can get caught. And they do get caught."Watkins Ward Limited 83 Ducie Street, Manchester, M1 2JQ Media Contact Details Adam, Watkins Ward Group Manchester, Greater Manchester 08002335711 adam@local-detective.co.uk www.local-detective.co.ukWatkins Ward Group is a Nationwide investigation agency based in the UK covering private, commercial and corporate case work.

You can edit or delete your press release Watkins Ward Group Investigations: how you can tell if someone is cheating - Love rats beware here

05-03-2021 | Fashion, Lifestyle, Trends
Watkins Ward Group
Watkins Ward Group Spousal Distancing – How affairs survived lockdown
Post lock-down affairs expected, survey says A SUMMER affairs ‘explosion’ is on the cards as a third of cheaters admit breaking lockdown for passion in the last year. There has been a surge in new affairs over the last month as the vaccines roll-out signals that the crisis is finally coming to an end. One in seven cheaters (14%) say they have been looking to arrange new hook-ups since the start of the
03-29-2021 | Fashion, Lifestyle, Trends
Watkins Ward Group
Watkins Ward Group Reviews; New end lockdown rules explained
Brits will as of Monday be able to meet others outdoors under the rule of six or two households - but what do these rules mean for families and those shielding? As of Monday people in England will be able to meet outdoors under the rule of six or two households as lockdown restrictions are eased. It is the first stage of Prime Minister Boris Johnson's four-step roadmap to ending lockdown. It will
02-22-2021 | Health & Medicine
Watkins Ward Group
Watkins Ward Group Reviews: Covid19 and Domestic Abuse - a crisis exposed
In March 2020, domestic abuse charities sounded the alarm. From the beginning of the nationwide Covid-19 lockdown, their helplines experienced a sharp rise in calls from victim-survivors, and saw early evidence of domestic abuse cases escalating, featuring high levels of physical violence and coercive control. Domestic homicides more than doubled in the first three weeks of lockdown. Elsewhere, countries entering lockdown earlier than the UK reported increased domestic abuse and delayed
12-21-2020 | Politics, Law & Society
Watkins Ward Group
Watkins Ward Group Reviews Latest landlord advice
The purpose of this advisory guidance is to review and help landlords and tenants understand the implications of the Coronavirus Act 2020. The Act provides protection to social and private tenants by delaying when landlords can start proceedings to evict tenants. The provisions of the Coronavirus Act 2020, which increased the required notice period length, have now been extended through legislation. This means that from 29 August 2020, with the

08-06-2021 | Leisure, Entertainment, Miscel …
Bleep Kids
Magician Brian Role` Announces Brand New Show
International magician and illusionist, Brian Role` has announced a brand new show, 'The Magical Wonder Show' starting this month. The Magical Wonder Show is a live spectacle of magic full of surprise and magic especially for children of all ages. During the show, four magical characters, all played by the Malta award-winning magician, Brian Role`, will amaze the audience with different themed magic and illusion acts all based
06-10-2021 | Business, Economy, Finances, B …
ATEQ
ATEQ Welcomes New Quality Technician, Brian Hartkopf
Livonia, MI - June 10, 2021 – ATEQ Corp. welcomes Brian Hartkopf as a new Quality Technician in its Industrial Division. Hartkopf will be responsible for quality-related tasks such as quality control inspections, instrument adjustments & calibrations and collaborating with the production team. Hartkopf has past experience working in the Aviation Field and Electromagnetic Compatibility field living in Arizona, Michigan and traveling to other regions in the world. When he's not at
07-31-2017 | Media & Telecommunications
Wizard World
Wizard World Names Brian Walton Director Of Content
Wizard World, Inc. (OTCBB: WIZD) today announces the appointment of Brian Walton to lead the company's cross-platform editorial efforts as Director of Content. Walton, who formerly served as editor-in-chief of Nerdist.com and VP of Editorial Operations at Legendary Digital Networks, will be responsible for bringing Wizard World’s voice to its global fan community via digital, video, print and live activations. “From our social content to our conventions, we
01-05-2011 | Politics, Law & Society
Brian Andrew Tully, Esq.
BRIAN ANDREW TULLY JOINS ACADEMY OF SPECIAL NEEDS PLANNERS
Huntington, NY — Attorney Brian Andrew Tully, Esq. has announced that he has joined the Academy of Special Needs Planners. Among the many challenges facing parents of special-needs children is planning for the time when the parents will no longer be around to act as the primary caregivers. The Academy of Special Needs Planners assists attorneys in providing the highest quality service and advice to individuals with special needs and
11-16-2009 | Arts & Culture
Agora Gallery
Brian Reed Creates Psychological Color Games in Metamorphosis
Chelsea’s Agora Gallery will feature New York artist, Brian Reed, in Metamorphosis. The exhibition is scheduled to run from November 20, 2009 through December 11, 2009 (opening reception: Thursday, December 3, 2009). New York-based artist, Brian Reed’s work moves between extremes that share a psychedelic color palette and kinetic sense of movement and energy. Always working from those visual constants, Reed experiments with traditional, region-specific aesthetic styles, like the torturous,
06-08-2009 | Politics, Law & Society
Kane Russell Coleman & Logan PC
Brian Fisher Joins Kane Russell Coleman & Logan
DALLAS/HOUSTON, Texas – Kane Russell Coleman & Logan is pleased to announce the addition of a new attorney. Brian J. Fisher joined KRCL as an associate on May 6, 2009, and practices in the litigation section of the Dallas office. His scope of practice involves personal injury claims, premises liability, products liability, auto and trucking liability, and commercial and business disputes. Mr. Fisher is a 2001 graduate
Comments about openPR
Your portal is fast, simple, and easy to use. Others may have more functions but they also demand more editing time, you have to preformat the text in order to achieve a good result etc. I think openPR is really fantastic!
Andreas Knepper, wallmedien AG