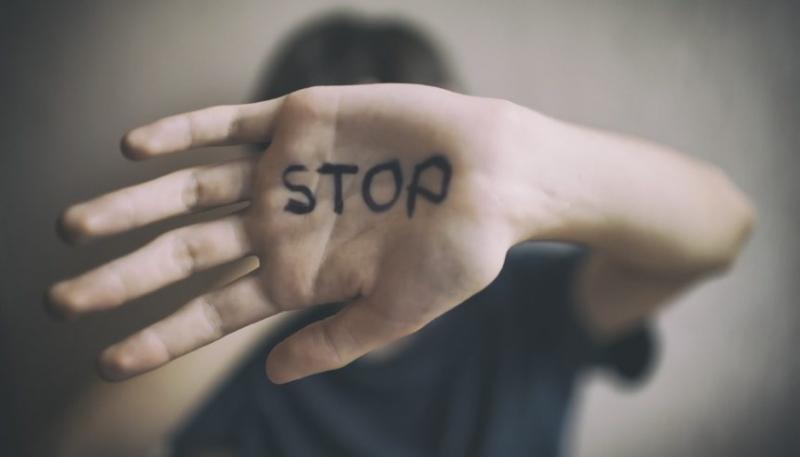 In March 2020, domestic abuse charities sounded the alarm. From the beginning of the nationwide Covid-19 lockdown, their helplines experienced a sharp rise in calls from victim-survivors, and saw early evidence of domestic abuse cases escalating, featuring high levels of physical violence and coercive control.Domestic homicides more than doubled in the first three weeks of lockdown. Elsewhere, countries entering lockdown earlier than the UK reported increased domestic abuse and delayed reports, with victim-survivors only able to seek help once restrictions eased.In the UK, police chiefs and charities anticipated an escalation of an already existing crisis.In the previous year, police recorded nearly 1.3 million domestic abuse-related crimes and incidents in England and Wales (ONS, 2020), already overwhelming police forces and chronically underfunded domestic abuse refuges.But no-one knew what exactly to prepare for– how large would the increase be? Would it happen immediately, or would it be delayed? Would the rise be temporary, or long-term? The Covid-19 pandemic and resulting lockdown are unprecedented in recent history, and there was little existing scientific evidence to draw on.If you know a family member or friend who is living with domestic abuse, self-isolation may mean they are spending more time with an abusive partner and will not be able to access their usual means of support.It’s important to know that you and they are not alone. We can all remain vigilant and look out for the most vulnerable people in our communities.Codeword scheme - If you are experiencing domestic abuse and need immediate help, ask for ‘ANI’ in a participating pharmacy. ‘ANI’ stands for Action Needed Immediately but also phonetically sounds like the name Annie. If a pharmacy has the ‘Ask for ANI’ logo on display, it means they’re ready to help. They will offer you a private space, provide a phone and ask if you need support from the police or other domestic abuse support services.Anyone can be a victim of domestic abuse, regardless of gender, age, ethnicity, socio-economic status, sexuality or background.What is domestic abuse? - Domestic abuse is not always physical violence. It can also include:coercive control and ‘gaslighting’ economic abuse online abuse threats and intimidation emotional abuse sexual abuseWhat signs to look for - If you believe that you or someone else could be a victim of domestic abuse, there are signs that you can look out for including:being withdrawn, or being isolated from family and friends having bruises, burns or bite marks having finances controlled, or not being given enough to buy food or pay bills not being allowed to leave the house, or stopped from going to college or work having your internet or social media use monitored, or someone else reading your texts, emails or letters being repeatedly belittled, put down or told you are worthless being pressured into sex being told that abuse is your fault, or that you’re overreacting See more signs to look for.Support a friend if they’re being abused Let them know you’ve noticed something is wrong.If you are worried that someone you know is a victim of domestic abuse, you can call Refuge’s National Domestic Abuse Helpline for free, confidential support, 24 hours a day on 0808 2000 247. Visit the helpline website to access information on how to support a friend.If you believe there is an immediate risk of harm to someone, or it is an emergency, always call 999.Watkins Ward Limited 83 Ducie Street, Manchester, M1 2JQ Media Contact Details Adam, Watkins Ward Group Manchester, Greater Manchester 08002335711 adam@local-detective.co.uk www.local-detective.co.ukWatkins Ward Group is a Nationwide Investigation Service.

You can edit or delete your press release Watkins Ward Group Reviews: Covid19 and Domestic Abuse - a crisis exposed here

07-28-2021 | Politics, Law & Society
Watkins Ward Group
Watkins Ward Group Investigations: how you can tell if someone is cheating - Lov …
Brian Sladden investigates infidelity and says there are certain red flags that should make a partner worry. Love rats had best beware - a private investigator is telling people how they can spot a cheat. Brian Sladden Detective at Watkins Ward boasts: "I've caught cheats, love rats, whatever you wish to call them. It's my speciality." A recent client called 'Gill' suspected her husband was cheating on her and sought Brian's firm to
05-03-2021 | Fashion, Lifestyle, Trends
Watkins Ward Group
Watkins Ward Group Spousal Distancing – How affairs survived lockdown
Post lock-down affairs expected, survey says A SUMMER affairs ‘explosion’ is on the cards as a third of cheaters admit breaking lockdown for passion in the last year. There has been a surge in new affairs over the last month as the vaccines roll-out signals that the crisis is finally coming to an end. One in seven cheaters (14%) say they have been looking to arrange new hook-ups since the start of the
03-29-2021 | Fashion, Lifestyle, Trends
Watkins Ward Group
Watkins Ward Group Reviews; New end lockdown rules explained
Brits will as of Monday be able to meet others outdoors under the rule of six or two households - but what do these rules mean for families and those shielding? As of Monday people in England will be able to meet outdoors under the rule of six or two households as lockdown restrictions are eased. It is the first stage of Prime Minister Boris Johnson's four-step roadmap to ending lockdown. It will
12-21-2020 | Politics, Law & Society
Watkins Ward Group
Watkins Ward Group Reviews Latest landlord advice
The purpose of this advisory guidance is to review and help landlords and tenants understand the implications of the Coronavirus Act 2020. The Act provides protection to social and private tenants by delaying when landlords can start proceedings to evict tenants. The provisions of the Coronavirus Act 2020, which increased the required notice period length, have now been extended through legislation. This means that from 29 August 2020, with the

03-18-2019 | Politics, Law & Society
Celeb FC
Sutton Women's Centre conference on Domestic Abuse
Sutton Women's Centre are hosting a conference on Domestic Abuse, at The Grange, Beddington Park, Wallington on 28th March 2019. Over 140 delegates from local organisations, charities and businesses will be attending. The conference will give them the opportunity to listen to survivors of abuse, explore the issue of coercive control, its impact and how local strategies are tackling this. A number of leading national and
06-27-2018 | Advertising, Media Consulting, …
HTF Market Intelligence Consulting Pvt. Ltd.
How Domestic Robots Market is Exploring Growth?
HTF MI recently introduced new title on “Global Domestic Robots Market Survey and Trend Research 2018” from its database. The report provides study with in-depth overview, describing about the Product / Industry Scope and elaborates market outlook and status to 2025. The Report gives you competition analysis of top manufacturer with sales volume, price, revenue (Million USD) and market share, the top players including ABB, iRobot, Yaskawa Electric, Kawasaki Heavy
05-05-2017 | Business, Economy, Finances, B …
www.reporthive.com
Domestic Steam Boiler System Market 2016
Report Hive market Research Released a New Research Report of 130 pages on Title "Domestic Steam Boiler System Market 2016" with detailed Analysis, Forecast and Strategies. The Domestic Steam Boiler System Market 2016 is a professional and in-depth study on the current state of the Steam Boiler market. Annual estimates and forecasts are provided for the period 2015 through 2021. Also, a six-year historic analysis is provided for these markets. The
03-23-2017 | Industry, Real Estate & Constr …
ReportBazzar
Small Domestic Appliances 2016
Summary Small domestic appliances appliance market is forecast to be worth £974m in 2016, a decline of 1.1% since 2015, as the post-Brexit fallout increases consumer cautiousness. While inflation will see category values continue to increase it will also hit retailer margins and encourage trading down in products such as irons. While some products, such bladeless fans, are capturing the consumer imagination and boosting growth. Key Findings – In 2016, growth in SDA
01-19-2017 | Business, Economy, Finances, B …
SGS
EU Revises Standards for Non-Domestic Furniture
Three European standards relating to non-domestic furniture were updated in late 2016. Specifically, they relate to office tables, ranked seating and non-domestic tables. It is expected that these standards will enforced as a national standard, either by endorsement or the publication of an identical text, by May 2017. National standards which conflict with the new European Standards are to be withdrawn by May 2017. The three updated European standards are: • EN
01-24-2013 | Tourism, Cars, Traffic
RNCOS E-Services Pvt. Ltd.
Domestic Tourists Leading Vietnam Tourists Arrivals
Vietnam has become one of the most popular tourist destinations in South-east region. The country's Tourism Industry has been growing unprecedentedly over the past few years with rising domestic as well as international tourists. Domestic tourism accounts for the significant revenue generation in Vietnam as the number of domestic tourist is much larger than international tourist. In addition, the number of domestic tourists has been increasing rapidly and increased by
Comments about openPR
OpenPR is clearly structured and remains true to its principle of confining itself to the essential parts. OpenPR has proven to be a very good and reliable partner to our media agency: Within the shortest time the releases are online and go down well with the media representatives. The success of OpenPR is reflected in the steadily increasing number of press releases. It is good that OpenPR exists!
Ursula Koslik, Director Marketing & PR, F+W Hamburg