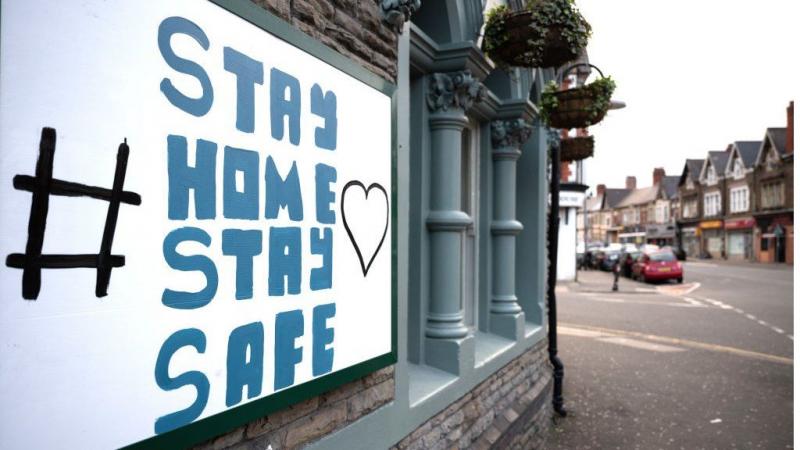 Brits will as of Monday be able to meet others outdoors under the rule of six or two households - but what do these rules mean for families and those shielding?As of Monday people in England will be able to meet outdoors under the rule of six or two households as lockdown restrictions are eased.It is the first stage of Prime Minister Boris Johnson's four-step roadmap to ending lockdown.It will see rules relaxed on March 29, April 12 and every five weeks thereafter to allow Government's decision-making to be informed by data.But what is the rule of six and two households and what will it mean for you and those deemed clinically extremely vulnerable?The rule of six from March 29 means that you can meet outside - including in private gardens - with another five people from different households in a socially distanced fashion.Children of all ages are included in the count but in-work professional carers aren't, the BBC reports.Alternatively, a household of any number can meet with another household in any outdoor setting.This was introduced to allow families to see each other and means, for example, that any household of five people can meet with a household with the same headcount.People should still ensure they maintain social distancing with people that are not from their household to help prevent the spread of Covid 19.Nearly four million people have been advised to shield during the pandemic as they were deemed clinically extremely vulnerable.But the government will as of March 31 advise that they no longer have to self-isolate as infection numbers keep dropping.This means that those shielding will start following the same national guidelines as the rest of the population as of April 1.They have nonetheless been sent letters telling them to take additional safety precautions, such as maintaining social distancing at all times and keep their social contacts "at low levels".They are also advised to work from home where possible.Watkins Ward Limited 83 Ducie Street, Manchester, M1 2JQ Media Contact Details Adam, Watkins Ward Group Manchester, Greater Manchester 08002335711 adam@local-detective.co.uk www.local-detective.co.ukWatkins Ward Group is a Nationwide investigation company

07-28-2021 | Politics, Law & Society
Watkins Ward Group
Watkins Ward Group Investigations: how you can tell if someone is cheating - Lov …
Brian Sladden investigates infidelity and says there are certain red flags that should make a partner worry. Love rats had best beware - a private investigator is telling people how they can spot a cheat. Brian Sladden Detective at Watkins Ward boasts: "I've caught cheats, love rats, whatever you wish to call them. It's my speciality." A recent client called 'Gill' suspected her husband was cheating on her and sought Brian's firm to
05-03-2021 | Fashion, Lifestyle, Trends
Watkins Ward Group
Watkins Ward Group Spousal Distancing – How affairs survived lockdown
Post lock-down affairs expected, survey says A SUMMER affairs ‘explosion’ is on the cards as a third of cheaters admit breaking lockdown for passion in the last year. There has been a surge in new affairs over the last month as the vaccines roll-out signals that the crisis is finally coming to an end. One in seven cheaters (14%) say they have been looking to arrange new hook-ups since the start of the
02-22-2021 | Health & Medicine
Watkins Ward Group
Watkins Ward Group Reviews: Covid19 and Domestic Abuse - a crisis exposed
In March 2020, domestic abuse charities sounded the alarm. From the beginning of the nationwide Covid-19 lockdown, their helplines experienced a sharp rise in calls from victim-survivors, and saw early evidence of domestic abuse cases escalating, featuring high levels of physical violence and coercive control. Domestic homicides more than doubled in the first three weeks of lockdown. Elsewhere, countries entering lockdown earlier than the UK reported increased domestic abuse and delayed
12-21-2020 | Politics, Law & Society
Watkins Ward Group
Watkins Ward Group Reviews Latest landlord advice
The purpose of this advisory guidance is to review and help landlords and tenants understand the implications of the Coronavirus Act 2020. The Act provides protection to social and private tenants by delaying when landlords can start proceedings to evict tenants. The provisions of the Coronavirus Act 2020, which increased the required notice period length, have now been extended through legislation. This means that from 29 August 2020, with the

03-26-2018 | Industry, Real Estate & Constr …
Aspp Info Global
Project Reporter Magazine march - 2018
Project Reporter Magazine march - 2018 Issue Highlights: Projects with contacts is what you get here. This issue contains 189 Projects and tenders from more than 40 sectors and sub-sectors. Other than 90 Projects under various stages, the issue also contains India Opps section, b2b tender, consultancy bids, realty projects, project watch, and industrial project section India Opps section covers projects related to Airport / Aviation, Hospitality, Hydro Power, Metro Rail, Railways, Solar Energy,
03-03-2016 | Industry, Real Estate & Constr …
Malta SIR
Malta in March
Although the beautiful weather happens year-round in Malta, each month of the year reserves special surprises and events to be experienced differently. March in Malta is a special month to be in the Maltese Islands and immerse yourself in the island’s cultural and historical heritage, mainly associated with its long-standing religious traditions and pre-historic ties – it is the month of rebirth brought along by spring and resurrection as everyone
06-03-2015 | Business, Economy, Finances, B …
ECOVIS AG Steuerberatungsgesellschaft
INDIA: Big March for SME
In keeping with recent and ongoing changes in the business landscape, business is focusing on mobility rather than stability, and the service business has evolved accordingly. Globalization is the buzzword as geographic boundaries cease to exist. Business is competing for opportunities in an international arena. Because the world is connected in a single unit, any crisis in one part of the world has repercussions in other parts, too. Small and medium-sized
04-18-2008 | Health & Medicine
Audio Video Supply, Inc.
AVS-42CM180 Network Camera - March 31,2008
San Diego, CA, March 31, 2008 Audio Video Supply, Inc, a San Diego distributor first in CCTV Security, has introduced the new AVS-42CM180. The AVS-42CM180 Network Camera allows for a 180 degree panorama with high resolution imaging from four 2 Megapixel cameras. Each camera delivers in progressive scan at 1600x1200 fields at 22 FPS. Additionally, the AVS-42CM180 has other intuitive features. The AVS-42CM180 has no need for moving parts when it comes
03-05-2008 | Politics, Law & Society
Overseas Emigration Visas
Overseas Emigration Seminars in March
Overseas Emigration Visas are running immigration seminars throughout the UK in March for anyone considering emigrating to Australia, Canada or New Zealand. Anyone wanting to know more about the visa requirements of Australia, Canada or New Zealand will find these immigration seminars valuable. Assistance in the migration process is particularly valuable for those in unusual situations who have tricky hurdles to vault in order for their visa application to be approved by
08-03-2007 | Advertising, Media Consulting, …
Associated Graphics, Inc.
ASSOCIATED GRAPHICS, INC / THE MARCH OF DIMES
The March of Dimes, a foundation promoting the health of babies and expectant mothers, has recently purchased four coaches to serve as mobile health centers. Recognizing the importance of brand consistency in appearance, they turned to AGI with their own designs to adorn their coaches. As always, AGI approached the project with care to the needs and desires of the client. Keeping in
Comments about openPR
9 o'clock: discuss press release with client, 10 o'clock: submit release to openPR, within the briefest possible time release is published and displayed in a prominent place on openPR.de. I am thrilled!
Zehra Spindler, Calypso Now! - Communication Agency