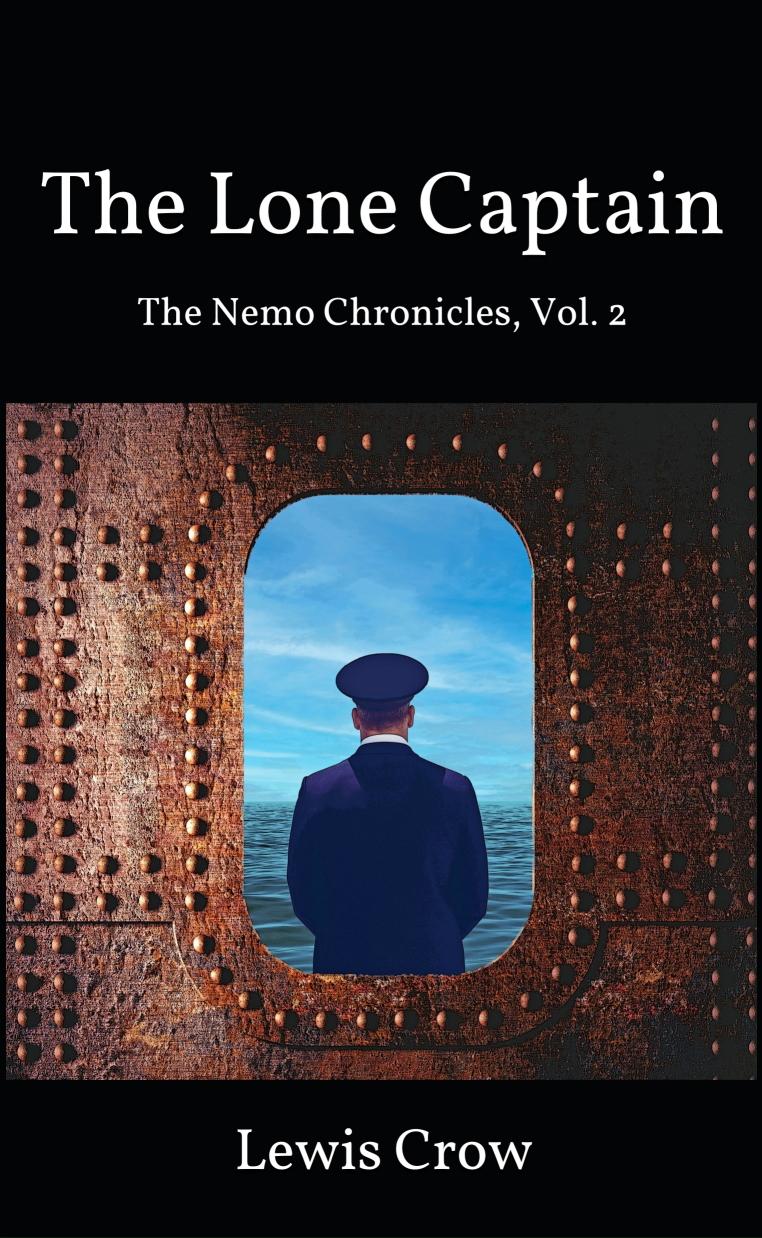 In Lewis Crow’s “The Lone Captain,” the son of the legendary Captain Nemo continues his life story of following in his father’s footsteps by exploring the world’s oceans and helping the oppressed.“The Lone Captain” is a sequel to 2018’s “The Nautilus Legacy” and the second volume of The Nemo Chronicles. Inspired by the work of Jules Verne and written as a memoir, it will delight readers of the first volume as well as those new to the series.Against a backdrop of Victorian-era political tensions and advances in science and technology, the Nautilus’ crew venture across the world’s oceans to further their twin missions of science and liberty by exploring shipwrecks, aiding the oppressed, and supporting freedom fighters. But everything changes for Nemo when a shocking naval crisis leads to confrontation with his most dangerous foe yet, a zealot whose actions could alter the international balance of power.Lewis Crow 2517 Kingston Street Arlington, TX 76015 USAAuthor Lewis Crow is a life-long naval enthusiast and researcher who has been thrilled for as long as he can remember by stories true and fictional about ships and the crews who manned them. “The Lone Captain” is the second in a trilogy of books that lovingly refashions Verne’s iconic Nemo for a new generation of adventures.Lewis lives in Texas with his family.

03-29-2018 | Leisure, Entertainment, Miscel …
Lewis Crow
Texas Author Lewis Crow Releases New Novel, “The Nautilus Legacy,” Inspired …
The stunning revelation that his father became none other than the infamous Captain Nemo shakes a young man's world to its foundation in The Nautilus Legacy, by Lewis Crow. Arlington, TX, USA – In Lewis Crow’s The Nautilus Legacy, Tadeusz Wyzinski recounts his life after a tragic war destroys his family and nearly kills him. Learning the truth about his father years later compels him to make a difficult choice:

03-04-2021 | Business, Economy, Finances, B …
Taylors Skip Hire
Taylors Skip Hire Reveals Captain Tom Memorial Skip
Taylors Skip Hire has revealed a Captain Tom Memorial skip. The skip hire company, based in Redhill, Surrey, unveiled the skip following the death of Captain Tom Moore, who passed away on 2nd February 2021. The captain had become a national celebrity after raising money for charity during the COVID pandemic. The Captain Tom Moore Memorial Skip features images of Captain Tom against a Union Jack background, and has the words "The
09-16-2020 | Energy & Environment
Waste King
Captain Tom Moore becomes a Waste King customer
Asked by the BBC to collect some unwanted items from the Bedfordshire home of Captain Sir Tom Moore, Waste King, the environmentally friendly waste collection and recycling services specialist, were delighted to help. The BBC had been doing some filming at Captain Tom’s home in Marston Moretaine and, originally, asked Waste King to supply a four-yard skip to take the resulting waste. However, when the BBC learned about Waste King’s ‘Man
04-09-2019 | Media & Telecommunications
Matrix PR
“Captain Tsubasa” Dream Tournament Dubai Qualifier Announced
KLab Inc., a leader in online mobile games, has announced that it will host the Dubai Round of the Captain Tsubasa: Dream Team Dream Championship 2019 at its booth at the Middle East Film & Comic Con (MEFCC) in Dubai in April. KLabGames will join an array of exhibitors from all over the world celebrating anime, comics, and games at MEFCC. The Arabic version of KLab’s live streaming service, KLab Games
08-21-2018 | Leisure, Entertainment, Miscel …
Rich Girl Productions
Dominic Pace Shines As Captain Streeper In Syfy Channel's "Megalodon"
It was August 14th, and the middle of the night in the small town of Bojano (pronounced Boiano), Italy in the region of Molise. Dominic Pace was on vacation to see his family he hadn't seen in 23 years. The son of Joseph Pace, who immigrated to America to find a better life when he was 18, Dominic had been chipping away at a career in acting since he was
07-21-2011 | Tourism, Cars, Traffic
Appletree Asia - Hospitality Division
Cruise Ship Captain Relishes Life in Halong Bay
At the helm of the Emeraude on Ha Long Bay since 2005, Captain Jacques LeFur is one of the most accomplished mariners in the country. With four decades of experience on the water, Capt. LeFur holds numerous international marine certificates, as well as the rank of Master Captain, and has been recognized for his service by naval institutions in both France and Vietnam. Six years after his father, a soldier in
05-27-2011 | Associations & Organizations
Treloar Disabled School and College
Captain Treloar's Launches 'Rickshaw Challenge' Fundraiser for Treloar's Disable …
Treloar’s Disabled School and College hosts a new fundraising event with the ‘Rickshaw Challenge', which takes place on the evening of 22nd September 2011 at Leadenhall Market, London. Captain Treloar’s made his debut appearance in London for the launch of Treloar’s brand new fundraising campaign – the superhero themed ‘Rickshaw Challenge’. Navigating their way along one of three routes through the City, entrants must keep their eyes firmly on the prize;
Comments about openPR
9 o'clock: discuss press release with client, 10 o'clock: submit release to openPR, within the briefest possible time release is published and displayed in a prominent place on openPR.de. I am thrilled!
Zehra Spindler, Calypso Now! - Communication Agency