Did Jesus Go To India? A New Take 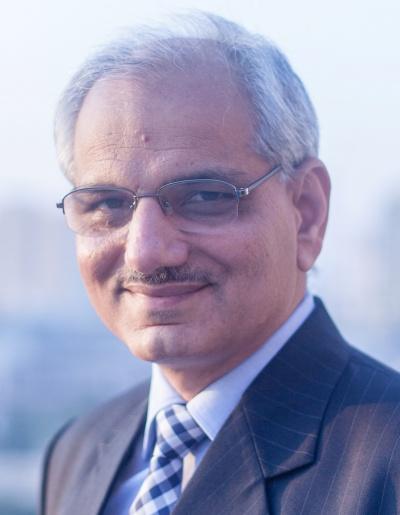 "Snippets from the Subconscious" is a stunning book with a fresh take on what the medium of hypnosis might bring to you through its subjects. The book asserts that it may be possible to cross the time barrier in a state of the hypnotic trance and see anything concerning the past, present or future.Dehradun, 2 Oct 2020: It may sound strange but in Snippets from the Subconscious, a recently released book available on Amazon, which deals with the powers of the subconscious mind, Dr. Rajeev Mohan Kaushik, the author of the book, has claimed that Jesus went to India twice. His first visit was during the period which is generally regarded as the lost years of Jesus and during this period, he interacted with many spiritual gurus. The book claims that he returned to Palestine where he was crucified a few years after his return, but survived the crucifixion and later went to Kashmir in India where he imparted spiritual teaching and guidance to people. Dr. Kaushik is the author of "The Midnight Awakening", a book dealing with his experiences after the awakening of the Kundalini (Serpent) power in him. He has presented this information on the basis of revelations made by a subject in a deep trance. He says that Jesus left for his heavenly abode near Pahalgam in Kashmir. One may have to ponder over the revelations made by Dr. Kaushik, as he has described many other incredible things in his book. One such thing is the ability to cross the time barrier and see anything happening at a given point of time during a deep trance. Visualization of Lord Krishna, a Hindu God giving the sermon of the Bhagavad Gita, a holy book of Hindus, by a non-Hindu subject, supports his conjecture. Dr. Kaushik claims that all things are fixed and it may be possible to foresee the future, and also that everything exists in the flow of time. If we go by his assertions, the corona pandemic which has engulfed the human race and is threatening its existence was also predestined and will end at its ordained time though Dr. Kaushik has not made any comments in this regard.Press contact: Dr. R.M. Kaushik Address: B-VII/5, HIHT Campus Swami Ram Nagar P.O. Jolly Grant-248016 Dehradun India Mobile: +919410190244 Email: rmkaushik@srhu.edu.inDr. R.M. Kaushik is presently a Professor of Medicine in the Himalayan Institute of Medical Sciences, Dehradun, India. He has been involved in regular meditative practices which gave him an insight into the esoteric realms of life and inspired him to explore further the spiritual basis of life. He has many publications in reputed medical journals and has been a faculty in several international medical congresses.

You can edit or delete your press release Did Jesus Go To India? A New Take here

04-14-2020 | Arts & Culture
Al-Khalifa Business School
Prof. Igor Eleferenko appointed Dean of Al-Khalifa Business School
H.E. Prof. Sir Igor Eleferenko Ph.D. (Russian Federation) has been elected on 6th April 2020 as the Dean of Al-Khalifa Business School. Born on 23rd May 1958, in Moscow; in 1980 he graduated from Moscow State Pedagogical Institute named after M. Teresa. He has more than 40 years of experience as Associate Editor, Editor, Deputy Head of the APN Bureau in Havana, Deputy Editor-in-Chief, Editor-in-Chief of AVID APN, Editor-in-chief of TRK "TV-News"
05-28-2019 | IT, New Media & Software
Prof Research Reports
Detailed research on Global and Chinese Temperature Meters Market just published …
Worldwide Temperature Meters Market report of 2019 provides a detailed market overview as well as industry analysis for/of companies, manufacturers and distributors covering data on gross margin, cost structure, consumption value, sale price and more. Temperature Meters Market Insights 2019, Global and Chinese Scenario is a professional and in-depth study on the current state of the global Temperature Meters industry with a focus on the Chinese market. The report provides key
04-20-2019 | Science & Education
Banasthali
Banasthali Celebrates 87th Birthday of Dada Prof Diwakar Shastri
By nurturing Banasthali which is today one among the most sought after and top ranking women’s universities in India with global ranking, Prof Diwakar Shastri known to one and all as “Dada” built capacities for the spirit of inquiry, creativity and moral leadership among the enrolled girl students and became their role models. Known for his dignified unassuming personality, gleaming intellect, meticulous planning, deep regard for punctuality, far reaching vision and
11-13-2018 | Health & Medicine
ISA Pharmaceuticals
ISA Pharmaceuticals´ Chief Scientific Officer Prof. Cornelis Melief Receives ES …
Leiden, The Netherlands, November 13, 2018 – ISA Pharmaceuticals B.V., a clinical-stage immuno-oncology company, today announced that its Chief Scientific Officer Prof. Cornelis Melief has been selected by the European Society for Medical Oncology (ESMO) to receive the 2018 ESMO Immuno-Oncology Award in recognition of his life’s work in studying the interactions of the immune system with cancer. He will receive the award during an official ceremony at the opening
09-27-2017 | Energy & Environment
Banasthali
MNIT Jaipur Prof SP Chaurasia Talk on Separation Technologies for Water Purifica …
Globally, there are over 663 million people living without a safe water supply close to home, spending countless hours queuing or trekking to distant sources, and coping with the health impacts of using contaminated water. 1.8 billion People use a source of drinking water contaminated with faeces, putting them at risk of contracting cholera, dysentery, typhoid and polio. The Sustainable Development Goals, launched in 2015, include a target to ensure
09-18-2017 | Science & Education
Banasthali
Prof Joy Mukhopadhyay Talks on Colour Science & Technology at Banasthali
One field which combines Chemistry, Physics, Physiology and Psychology is undoubtedly Colour Science and Technology. Global market size of dyes and pigments is of the order of USD 27.8 Billion with India market size of USD 4.9 Billion. Specialty chemicals, which comprise low volume, high value chemicals with specific applications, constitute a significant part of the Indian chemical industry include agrochemicals, flavors and fragrances, surfactants, polymer additives, personal care ingredients,
Comments about openPR
OpenPR is clearly structured and remains true to its principle of confining itself to the essential parts. OpenPR has proven to be a very good and reliable partner to our media agency: Within the shortest time the releases are online and go down well with the media representatives. The success of OpenPR is reflected in the steadily increasing number of press releases. It is good that OpenPR exists!
Ursula Koslik, Director Marketing & PR, F+W Hamburg