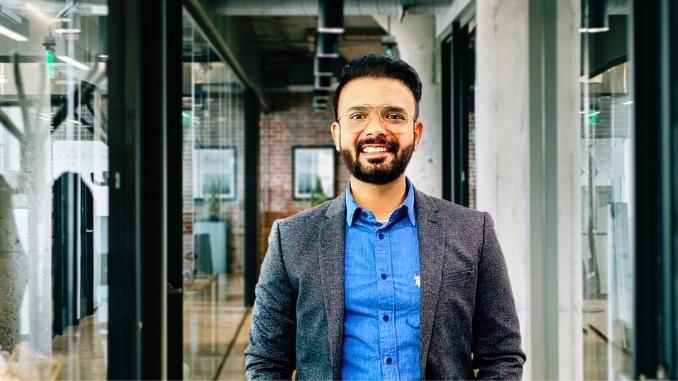 Awesome AJ Academy offers different powerful programs which help people to achieve their goals, fight depression, and lead a successful life.
When people seek guidance for their life-changing decisions, the right person is the one who sparkles their life with positivity and helps them unlock their potential to become the person they were meant to be. And, this is where a success mentor like Ajaya Mishra comes in the picture.

Born and raised in a small town of Odisha in a middle-class family, Ajaya, who is known among his friends and followers as Awesome AJ, has been pushing people to the best of their limits for achieving their goals, empowering them, and bringing a positive impact in their lives.

Ajaya always knew he wanted to pursue a career in which he could help people. Although, he didn’t know exactly what that path may be, he was clear in his desire to make a difference in the lives of others.

“I always wondered why some people were successful and others failed to live up to their personal expectations even with same set of skills and resources. I wanted to understand this, so that I could make my life better and somehow, make a difference in the lives of people around me. This was particularly due to the struggle I was faced with, given the challenges and obstacles a person from a middle-class family confronts in his daily life.” AJ says.

“In the process, I read a lot. Books, especially autobiographies, helped me a lot and my life started to get better. I got to know that hard work is necessary but just hard work isn’t enough,” Ajaya said and chuckled.

He talks about his life-changing experience and said, “After graduating from a reputed engineering college in Odisha, I started to work in a factory of Jindal Steel. I began noticing people working really hard but found them achieving just a cycle of nothingness. Life was not really successful. That’s when I understood that mindset is the key and understood the concept of Law of Attraction.”

Admired as Awesome AJ, success mentor Ajaya Mishra is illuminating people’s lives - Digpu News
As Ajaya used the ‘Law of Attraction’ to his advantage and began to jump the success ladder, he also helped people around him by sharing his learning and experience. “The more I shared, the more people around me benefitted, and ultimately became ‘Awesome AJ’ for my friends and followers,” he says.

In order to reach more people, he created his website awesomeaj.com. Later, a full-fledged online academy Awesome AJ Academy became a reality when AJ ‘found his purpose’ to become a life coach and left a high-paying job at Accenture PLC.

Pertinently, Awesome AJ Academy offers different powerful programs which help people to achieve their goals, fight depression, and lead a successful life. ‘Transform Your Destiny Program’, ‘Heal Your Heart Meditation Program’, ‘Make Your Life Awesome’ are some of the most talked-about programs of the academy.

The contribution of Ajaya Mishra became more evident when he founded the Academy and people began to open up about his contribution in their lives. People, including some well-known politicians, actors and singers, athletes, entrepreneurs, and corporate leaders among others, have been expressing their gratitude to AJ, especially on social media.

When asked what makes him happy, he says that he feels content when his followers share their success stories with him. “And, this is what I love amidst all the mentoring and coaching I do,” he reveals, with a smiling face.

South Indian Film Actress, Rahasya Gorak, Odia Film Star & Politician, Akash Dasnayak and Actress Nikkesha Rangwala are some of the names from the film industry who have been very vocal about the positive impact of AJ in their lives.

Ajaya Mishra started his mentoring journey in 2013 and seven years later, he is today an internationally renowned Success Coach, Law of Attraction Expert, and Life-Changing Mentor due to his path-breaking techniques in Success Strategy, Law of Attraction, Subconscious Mind Programming, and Business Success.

He is one of the most popular Life Coach and touted as ‘India’s No. 1 Law of Attraction Expert’ on YouTube with 400,000+ subscribers and over 28 million video views. Besides, he has created a tribe of his own on social media platforms – Facebook and Instagram.

Expressing his awesome thought, Ajaya Mishra says, “Optimism is the heartbeat of success and it is the core idea of Law of Attraction which drives people towards the achievement of their success dream. Life is full of positivity, and I just seek to get this realization to seep in.”

“To naysayers, I would say that hard work is essential for making difference to your lives but if the hard work lacks the right mindset, there is always going to be a missing link for the path to success,” AJ says while countering the common misconception prevalent about mentoring and life coaching.

To people facing challenges in their career, Ajaya advises, “The first thing that I want them to understand is that challenges are temporary. No matter what they are going through in their personal or professional life, there is always a solution and there are always people who are there to help and guide them. Seek them, find the solution, believe on yourself and focus on your goals and success is yours.”

Digpu News Network introduced the mainstream media to the press release domain. We gave the industry a new yardstick of 'Assured Publication' and Customised PR News solutions. We transformed the traditional PR News to a new and effective solution by adding premium news channels.

12-21-2021 | Business, Economy, Finances, B …
Digpu News Network
Marie Claire Paris Launches its first Salon & Wellness in Lucknow
Marie Claire Paris, the exclusive French lifestyle brand that forayed into the Indian beauty and wellness sector with the launch of its Salons, Just Nails studio and Salon & Wellness centres in Bangalore, Hyderabad, Pune, Chennai, New Delhi, Vadodara, Mumbai and Patiala now launch-es its first franchised Salon & Wellness outlet in the city of Lucknow at Aashiyana. The Salon & Wellness, which is Marie Claire Paris’ first outlet in Lucknow,
11-21-2021 | Science & Education
Digpu News Network
Students enrolling at NBS take away more than just a degree
Ahmedabad-based Narayana Business School (NBS) has positioned itself as a premier MBA school that offers students much more than what they learn academically. With a vision towards ushering in an innovative learning methodology, cultivation of practical skills and an unwavering commitment to academic quality, the Ahmedabad-based Narayana Business School (NBS) is positioning itself as a premier MBA school that offers students much more than what they learn academically. Narayana Business School, which
11-16-2021 | Energy & Environment
Digpu News Network
Tiruvannamalai District in Tamil Nadu Sets World Record with 1118 Farm Ponds in …
The aim behind the initiative to create 1118 farm ponds was to ensure adequate water for agriculture purposes during the summer. District Rural Development Agency in Tiruvannamalai district has accomplished a world record in setting up 1118 farm ponds to farmers, workers covered under MGNREGS (Mahatma Gandhi National Rural Employment Guarantee Scheme) got a continuous job for over 30 days to create this farm pond and the district walked into record
10-29-2021 | Media & Telecommunications
Digpu News Network
The Bible Explained: Shincheonji Church of Jesus starts weekly global seminar
Beginning with Chairman Man Hee Lee’s audacious declaration, a round of weekly seminars titled 'Testimony on Prophecy and Fulfillment of Revelation, God's New Covenant' from October 18th to December 27th is held by Shincheonji Church of Jesus, the Temple of the Tabernacle of the Testimony. Chairman Man Hee Lee said, "The meanings of the prophecy (of Revelation) and what is fulfilled in reality according to the prophecy is what I am