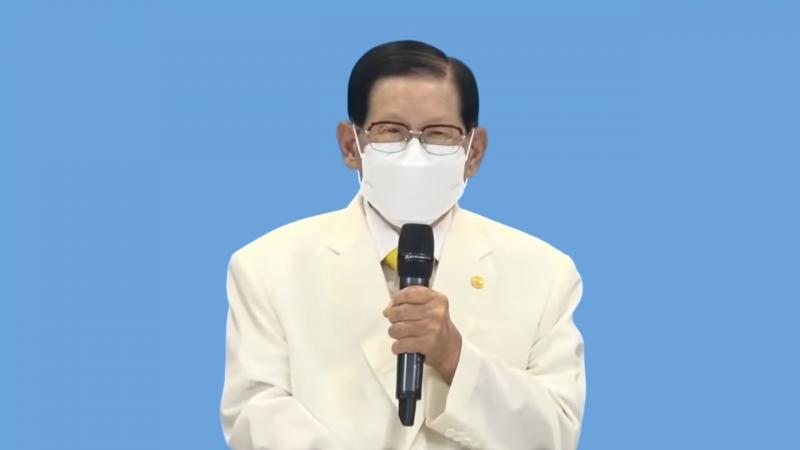 Beginning with Chairman Man Hee Lee’s audacious declaration, a round of weekly seminars titled 'Testimony on Prophecy and Fulfillment of Revelation, God's New Covenant' from October 18th to December 27th is held by Shincheonji Church of Jesus, the Temple of the Tabernacle of the Testimony.Chairman Man Hee Lee said, "The meanings of the prophecy (of Revelation) and what is fulfilled in reality according to the prophecy is what I am making known to the churches worldwide today."Regarding the purpose of the seminars on Revelation as a book of the Bible that prophesied about the future of the Christian world with apocalyptic warnings after the first coming of Jesus, Chairman Lee emphasized that it is in accordance with the words of the Bible - “to give you this testimony for the churches” (Rev 22:16) by “the one who heard and saw” (Rev 22:8).According to his explanation, the key to understanding the book of Revelation begins with the meaning of revelation. It is “to open and to show (what was sealed and unseen)”, and there is a point of time when prophecies recorded in the past are fulfilled (revealed) in reality.It is recorded in chapter 1 of Revelation that John (the apostle) sends letters of Jesus to the seven churches in Asia, which is described as one of the mysteries (Rev 1:4, 1:20). Chairman Lee explained that the record of sending letters to the seven churches is a prophecy and fulfilled in reality at the time of the second coming of Jesus. Accordingly, the mysteries of the Bible are not known at the time of writing of the book of Revelation, but come to be known only by “the one who heard and saw all the event of the book when the record of prophecy is fulfilled in reality.”In two days, the seminar on chapter 1 of Revelation on YouTube by Chairman Lee exceeded 300,000 views around the world including 5,000 Christian leaders.Since August, 25 African churches with 10,000 members from signed MOUs with Shincheonji Church of Jesus. The church stated that 18 additional churches will sign MOUs to raise awareness of understanding this era and promote the development of religious life. Watch the 'Testimony on Prophecy and Fulfillment of Revelation, God's New Covenant’ seminar on their youtube channel - https://www.youtube.com/channel/UCv4k_gQ6rLwf_esMG2nTwrADigpu News Network Mail to: contact@digpu.com Phone: +91-7428387123Digpu News Network created its own feed network of news publishers involved in true journalism and distributing press release content on multiple platforms. We charge very nominal fees from our clients to write news articles and publish them on multiple news channels, aggregators and social media sites

You can edit or delete your press release The Bible Explained: Shincheonji Church of Jesus starts weekly global seminar here

12-21-2021 | Business, Economy, Finances, B …
Digpu News Network
Marie Claire Paris Launches its first Salon & Wellness in Lucknow
Marie Claire Paris, the exclusive French lifestyle brand that forayed into the Indian beauty and wellness sector with the launch of its Salons, Just Nails studio and Salon & Wellness centres in Bangalore, Hyderabad, Pune, Chennai, New Delhi, Vadodara, Mumbai and Patiala now launch-es its first franchised Salon & Wellness outlet in the city of Lucknow at Aashiyana. The Salon & Wellness, which is Marie Claire Paris’ first outlet in Lucknow,
11-21-2021 | Science & Education
Digpu News Network
Students enrolling at NBS take away more than just a degree
Ahmedabad-based Narayana Business School (NBS) has positioned itself as a premier MBA school that offers students much more than what they learn academically. With a vision towards ushering in an innovative learning methodology, cultivation of practical skills and an unwavering commitment to academic quality, the Ahmedabad-based Narayana Business School (NBS) is positioning itself as a premier MBA school that offers students much more than what they learn academically. Narayana Business School, which
11-16-2021 | Energy & Environment
Digpu News Network
Tiruvannamalai District in Tamil Nadu Sets World Record with 1118 Farm Ponds in …
The aim behind the initiative to create 1118 farm ponds was to ensure adequate water for agriculture purposes during the summer. District Rural Development Agency in Tiruvannamalai district has accomplished a world record in setting up 1118 farm ponds to farmers, workers covered under MGNREGS (Mahatma Gandhi National Rural Employment Guarantee Scheme) got a continuous job for over 30 days to create this farm pond and the district walked into record
07-13-2021 | Health & Medicine
Digpu News Network
Sandeep Gupta, the Nutraceutical Man of India Believes that Health has Evaluated …
According to the premier Nutritionist of the country, the four-strong Pillars of good health- Healthy Eating, Regular Exercise, Mindfulness and Supplementation offer the roadmap to upgrading our lifestyle to more healthier ways, taking our Immunity from Good to Better, Better to Best, and from Best to Robust. While India is battling the raging COVID-19 pandemic, the country’s Nutraceutical man Mr. Sandeep Gupta wishes for everyone to celebrate the spirit of Doctor’s