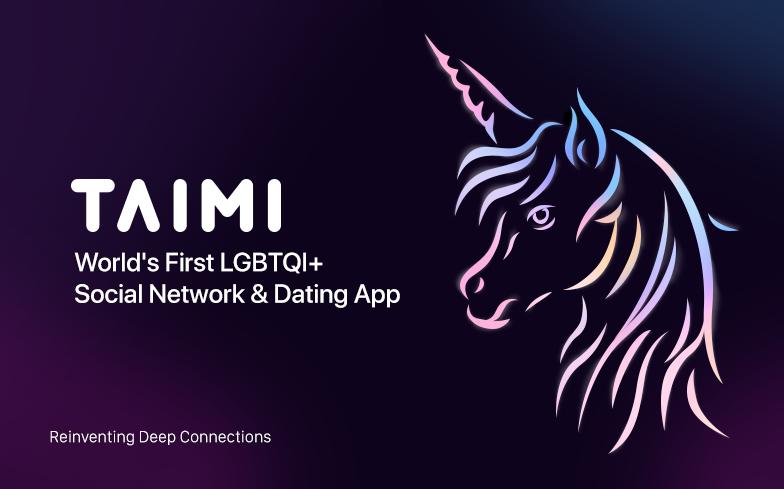 TAIMI — the world’s first LGBTQI+ social network and dating app releases new data on the importance of marking Pride in 2020.Let's all go back to June 2019. Packed venues, streets full of parties, marches and events dedicated to the history of Pride. All those involved in Pride planning were expecting the same if not bigger turn out in 2020. The excitement of upcoming Pride season didn't go past TAIMI and its users. However, 2020 hit us hard with a pandemic the world has never seen before. This is the first time in a long history, Pride events are not going ahead as scheduled. In fact, more than 475 of them have been canceled or postponed.Going a full year without Pride is not right. We all know this, but thanks to technology the world will have the ability to experience many digital prides launched by organizations, media, and of course TAIMI. So, the company decided to poll its 6+ Million users about the importance of keeping Pride alive during the pandemic. How do they feel about "going digital" and what is the takeaway after the coronavirus pandemic is over. An important number to pay attention to for all of us. We cannot agree more with 65% of TAIMI users who believe Pride is not just a party. Pride is about the fight for equal rights and freedoms for all LGBTQI+ people. 70% of TAIMI users think it is crucial to raise awareness about LGBTQI+ rights, speak out against injustices and continue the fight for equality. While the majority of TAIMI users nearly 85% identify as LGBTQI+ there are more than 15% that consider themselves an ally. An important role that TAIMI thinks is worth taking note of, especially when it comes to speaking out against discrimination, bullying and harassment. Not to mention the fact that majority of TAIMI users, that's nearly 67% chose to first come out to their friends, who can and should be allies to all LGBTQI+ people. The idea of hosting a virtual pride resonated with over 75% of TAIMI user base. That is exactly why, TAIMI decided to join Attitude Magazine for the Pride At Home event that is now in full gear.Attitude Pride at Home is a digital festival that celebrates love and diversity. The event runs through Tuesday, June 23rd all the way to Sunday, June 28, 2020. TAIMI proudly joins Pride Heroes series showcasing amazing and inspirational LGBTQ+ people and allies. Michelle Visage, Michael Cashman, Courtney Act, Bisi Alimi, Peter Tatchell and Amrou Al-Kadhi will share their first Pride experiences, what Pride means to them and why they believe Pride is more important than ever these days.Pride Heroes, in association with TAIMI kicks off Tuesday 23 June on Attitude's website as well as their YouTube channel.TAIMI I Social Impact Inc 1180 North Town Center Drive Suite 100, Las Vegas, Nevada, 89144, United States of AmericaTAIMI is for all LGBTQI+ people, regardless of where they identify on the sexuality and gender spectrum. The world's first LGBTQI+ social network and dating app provides all its users with a safe and secure space to join custom groups, create posts, and share their stories. TAIMI also has a video call feature that will keep you stay connected with the friends you make on the app. Follow @taimiapp on Instagram, Facebook, Twitter

09-14-2017 | Fashion, Lifestyle, Trends
Markets N Research
Global Box Scraper Market 2017 : Woods Equipment, Land Pride, Sfiimplements
Box Scraper Market A market study based on the " Box Scraper Market " across the globe, recently added to the repository of Market Research, is titled ‘Global Box Scraper Market 2017’. The research report analyses the historical as well as present performance of the worldwide Box Scraper industry, and makes predictions on the future status of Box Scraper market on the basis of this analysis. Get Free Sample Copy of Report
05-23-2017 | Fashion, Lifestyle, Trends
Born Ready Apparel
Coast Guard Pride. The True Few
Born Ready apparel is proud to bring you an original design showcasing the pride and devotion of the active and veteran members of the United States Coast Guard. Veterans have spent the most precious years of their lives not only protecting the flag but wearing it. Whether sewn in or word over a patch, the American flag is a common sight for a US military member. There was a time
11-15-2011 | Media & Telecommunications
Studenty.me
Gay Pride Video Launched in Derry
A fascinating and thought-provoking documentary, launched this week, about Derry’s gay pride marches is pioneering an innovative approach to reach as wide an audience as possible. The film, Pride in Our City, has achieved over 1000 views on Vimeo, Facebook and various sites in just days after its release, using only free to access, online distribution and some clever thinking. The film features the views of notable journalist and writer Eamonn McCann
09-12-2011 | Advertising, Media Consulting, …
Vitis PR
Vitis PR Shortlisted for CIPR PRide Award
Technology specialist public relations agency, Vitis PR, has been recognised as an Outstanding Small Consultancy finalist in this year’s CIPR PRide Awards Vitis PR, a technology and B2B public relations agency, based in Birmingham, is celebrating after being announced a finalist in the Outstanding Small Consultancy category of the Midlands’ CIPR PRide Awards 2011, being held on 2nd December in Birmingham. All Outstanding Small Consultancy finalists must have less than five full-time
06-21-2011 | Fashion, Lifestyle, Trends
Canadian Press Room
Canadian Fashion Industry shows its PRIDE
Last week, after reaching an agreement with Pride Toronto, Canadian fashion house BRUNO IERULLO has announced its rainbow plans to sponsor Toronto Pride Week 2011, one of the three largest Pride Festivals in the world and the largest Pride Festival in North America. A representative of the fashion house was quoted as saying: "Fashion designer Bruno Ierullo is a highly creative person that possesses a high sense of emotion
03-15-2011 | Leisure, Entertainment, Miscel …
Reach Out PR
RIMS CBSE Celebrate Foundation Day with pride
RIMS CBSE celebrated their Foundation Day recently. Marking the very birth of the institution, RIMS CBSE had an informative and enjoyable celebration. The program began with the singing of the RIMS Anthem by students and teachers of the school. The event had a unique and fun theme, “We Are One”. The theme was an exhibit of the very concept of “every individual is a student”. Head Mistress, Amruta Prabhu shared with
Comments about openPR
We publish our press releases on openPR.de because we like people who are "open" - just like us.
Frank Obels, CEO, INCONET - Informationssysteme, Communication und Netzwerkberatung GmbH