Biochempeg developed a series of PEG compounds used for Semaglutide 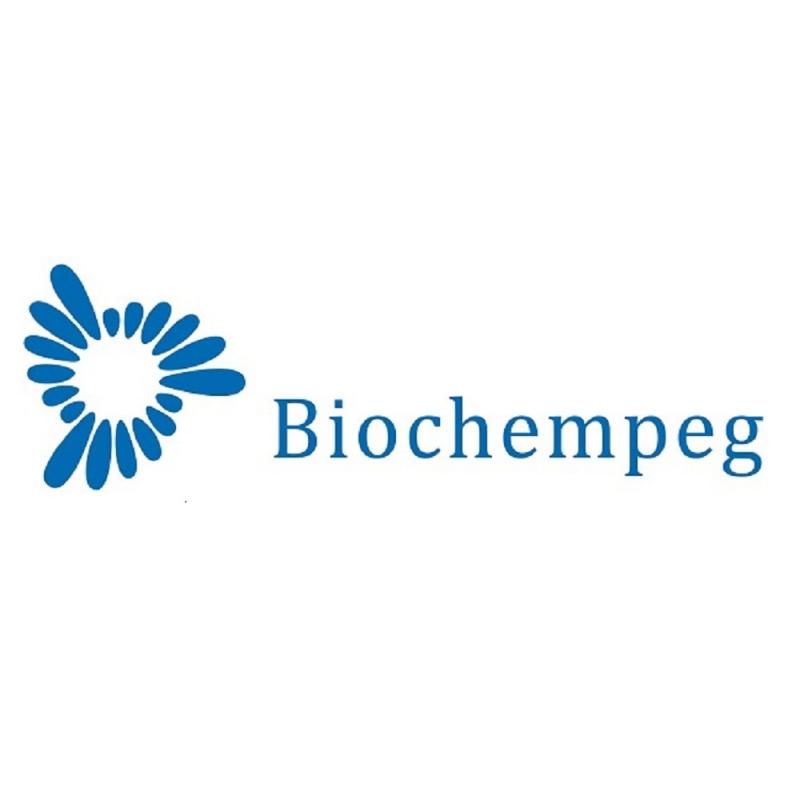 Type 2 diabetes is the most common form of diabetes. Semaglutide is an agonist of glucagon-like peptide-1 (GLP-1) receptor that is developed to treat type 2 diabetes. It reduces blood sugar via increasing the production of insulin. Biochempeg has developed and can supply some key intermediates of Semaglutide. Semaglutide(trade names: Rybelsus,Ozempic) is a medication for the treatment of type 2 diabetes. It was discovered in 2012, by a team of researchers at Novo Nordisk as a longer-acting alternative to liraglutide. It was given a brand name Ozempic. Clinical trials were started in 2015, and phase 3 was completed in 2016. Semaglutide acts like human glucagon-like peptide-1 (GLP-1) so that it increases insulin secretion, thereby increasing sugar metabolism. It is distributed as a metered subcutaneous injection in a prefilled pen. One of its advantages over other antidiabetic drugs is that it has a long duration of action, thus, only once-a-week injection is sufficient. Biochempeg supplies some key intermediates of Semaglutide with high quality & fast shipping. There are 4 kinds of key intermediates of Semaglutide for your research. Fmoc-NH-PEG2-CH2COOH CatalogID: 10821 Purity: >=95% CAS NO.: 166108-71-0 Price: $500/100g NH2-PEG2-CH2COOH CatalogID: 10803 Purity: >=95% CAS NO.: 134978-97-5 Price: $180/1g $600/5g Boc-NH-PEG2-CH2COOH CatalogID: 10852 Purity: >=95% CAS NO.: 108466-89-3 Price: $380/5g $600/10g CH2COOH-PEG2-NH2.HCl CatalogID: 12311 Purity: >=95% CAS NO.: 134979-01-4 Price: inquiry Company: Biochempeg Scientific Inc. Address: 108 Water Street, Room 4D, Watertown, MA 02472, USA Email: sales@biochempeg.com Website: https://www.biochempeg.com108 Water Street, Room 4D, Watertown, MA 02472,Biochempeg, founded in 2013, is a biotechnology-oriented company in Watertown, Massachusetts. We are dedicated to manufacturing and supplying high purity polyethylene glycol (PEG) derivatives and reagents, monodisperse PEG, Click Chemistry reagents, PEGylation services and custom PEG derivative synthesis to clients worldwide. These PEG reagents have been widely used in bioconjugation, antibody-drug conjugates (ADCs) therapeutic, drug delivery and diagnostics field.

11-23-2021 | Business, Economy, Finances, B …
Biochempeg Scientific Inc.
Sacituzumab govitecan shows promise in treating the most aggressive type of brea …
A unique antibody drug conjugate (ADC), which delivers a high dose of a cancer-killing drug to tumor cells through a targeted antibody, has been found in a global phase 3 clinical study to nearly double the survival time of patients with refractory metastatic triple-negative breast cancer. The study of the ADC drug sacituzumab govitecan (SG), for which Massachusetts General Hospital (MGH) was a lead clinical research site after serving as
10-11-2021 | Business, Economy, Finances, B …
Biochempeg Scientific Inc.
ADC Has Curative Effect On Cell Surface Protein In Neuroblastoma
Physician-scientists in the Cancer Center at Children's Hospital of Philadelphia (CHOP) have developed a preclinical, potent therapy attached to an antibody that targets a surface protein expressed in most childhood neuroblastomas, effectively killing cancer cells. The researchers published their findings today in Science Translational Medicine. In 2008, researchers discovered mutations in the anaplastic lymphoma kinase (ALK) gene as the major cause of the inherited form of neuroblastoma and showed that these same mutations
08-02-2021 | Business, Economy, Finances, B …
Biochempeg Scientific Inc.
What Factors Are Affecting The Effect of Cancer Treatment?
With social development and medical advances, people are living longer, but with that, many diseases are becoming more common, such as cancer. In 2020, there will be 19.3 million new cases of cancer and nearly 10 million deaths worldwide; and by 2040, the number of new cases is expected to reach 28.4 million, an increase of 47% from 2020. Unlike common diseases such as colds and coughs, cancer is a more
07-01-2021 | Business, Economy, Finances, B …
Biochempeg Scientific Inc.
The Advantages of Monodisperse PEG In Drug Development?
Monodisperse PEG products usually are organic compounds with a molecular weight of less than 1000. Monodispersed PEG linkers are pure compounds with a single molecular weight. In contrast, polydisperse PEGs linkers contain variations in molecular weight with an average molecular weight. The use of polydisperse PEGs linkers in drug development has led to problems in biological applications due to steric hindrance and binding. With advancements in both synthetic and purification chemistry over the