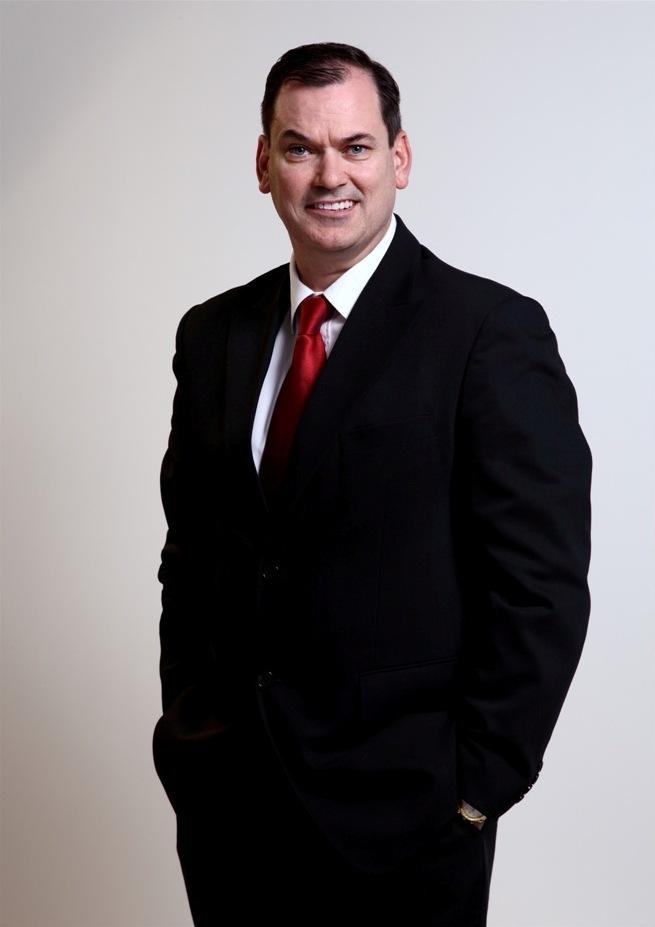 Accor, the largest operator of hotels in Asia Pacific announces the appointment of Robert Murray to the newly created role of Chief Operating Officer for Accor in South East and North East Asia. Formerly Senior Vice President for Accor Greater China, Robert joined Accor in 1993 and has since held various positions in Australia, New Zealand and has led Accor’s business in China since 2005. With Robert’s new appointment, he will lead Accor’s business in South East and North East Asia, which consists of 141 hotels and 32,000 rooms and is poised to expand by another 82 hotels over the next 4 years. This region includes Cambodia, Indonesia, Japan, Laos, Malaysia, Philippines, Singapore, South Korea, Thailand and Vietnam. Sam Shih has been appointed as Chairman and Chief Operating Officer for Accor Greater China. He will be responsible for Accor’s development and operations in Greater China (including Hong Kong, Macau and Taipei) where the group currently operates 110 hotels and has plans to quadruple its network by 2015. Sam started his career with PepsiCo Inc. and held various senior positions, before joining Red Bull as Managing Director for Asia Pacific.Accor, the world's leading hotel operator and market leader in Europe, is present in 90 countries with 4,200 hotels and more than 500,000 rooms. Accor's broad portfolio of hotel brands - Sofitel, Pullman, MGallery, Novotel, Suite Novotel, Mercure, Adagio, ibis, all seasons/ibis styles, Etap Hotel/ibis budget, hotelF1 and Motel 6 - provide an extensive offer from luxury to budget. With 145,000 employees worldwide, the Group offers to its clients and partners nearly 45 years of know-how and expertise.AAPC (Thailand) Ltd. 36Fl. The Offices at Central World 999/9 Rama 1 Road, Pathumwan, Bangkok 10330

04-10-2015 | Tourism, Cars, Traffic
Accor
Accor becomes an official Roland-Garros supplier
Accor is to become official supplier of Roland-Garros for the next three editions of the tournament (from 2015 to 2017). As part of this partnership, the hotel group will have a reception area in the partners’ Village during the tournament, which will take place from May 24th to June 7th 2015. This will enable it to welcome many partners and investors from around the world. Roland-Garros will give
09-12-2012 | Leisure, Entertainment, Miscel …
Accor
Novotel entices meeting planners with free nights
Accor, the leading international operator of hotels in Asia-Pacific and Thailand, announces a campaign to entice the meetings and events market to its Novotel hotels in Thailand. This comes on the heels of the Group’s 2012 Asia-Pacific Business Traveller Research, which found that Thailand is pushing ahead as one of the region’s top business travel hubs. For every 15 room nights booked as part of a residential meeting package at
11-16-2011 | Tourism, Cars, Traffic
Accor
Hotel De L'Opera is Unveiled in the Heart of Hanoi
Hotel de l’Opera Hanoi is the latest member of the MGallery Collection of unique hotels in downtown Hanoi. Located just steps away from the iconic Hanoi Opera House within the historical precinct of Hanoi, the hotel takes guests on a journey to the past and into the charm and allure of ‘A Night at the Opera’. “We are delighted with the addition of the Hotel de l’Opera Hanoi to
11-02-2011 | Tourism, Cars, Traffic
Accor
Accor introduces ibis to Japan
Accor, the leading international operator of hotels in Asia Pacific, introduces ibis Tokyo Shinjuku, the first ibis hotel in Japan located right in the heart of Tokyo’s Shinjuku centre and only three minutes away from the world’s busiest train station. This hotel will appeal to all travellers looking for an economy hotel offering all the major services at the best market value. “This addition of Accor’s strongest hotel brand will extend

02-10-2014 | IT, New Media & Software
Clueda AG
Robert Feckl has joined Clueda's advisory board
Munich, Feb 6th 2014 Robert Feckl (54), who holds responsibility as CIO of German bank Baader Bank AG, has joined the advisory board of Munich based semantic search and news analytics company Clueda. “With Robert, a solid software expert joins our firm. His longstanding network in the IT industry will, no doubt, help Clueda strategically”, Clueda CEO and founder Volker Stümpflen said. Since 2001 Feckl has run the information technology systems of
08-08-2011 | IT, New Media & Software
Vega Interactive UG
Scrubs Star Robert Maschio trusts Vega Interactive
Brunswick / Los Angeles, August 5th 2011. “Scrubs” Star “Robert Maschio” relies on the digital Know-how of Vega Interactive, a company based in Brunswick, Germany. In a time of cultural change determined by New Media is it becoming increasingly important for people in the public eye to consult with and receive support from professionals. Robert looks back on more than twenty years of acting experience. The New York Native spent many
05-06-2011 | Sports
P1 Groupe
P1 Groupe Retained By Robert Stout
P1 Groupe, the premier motorsports management company has been retained by up and coming racer Robert Stout for representation. Stout has been racing since 2006 and has made a strong mark in the racing world. In his first two years, he was nationally ranked in the top 20 out of 250 racers in his class, competed in 82 races netting 49 Top-10’s, 29 Top-5’s, 18 podiums, 5 wins and 5
12-10-2010 | Leisure, Entertainment, Miscel …
Robert Amsterdam
Robert Amsterdam Best Attorney
Lately Amsterdam & Peroff promoted which they have been employed because lawful experts in order to prior PM associated with Thailand Thaksin Shinawatra, to assist in our good problem for that rebirth associated with democracy as well as unsafe effects of regulation within the Southeast Hard anodized cookware nation. "We tend to be thrilled to become maintained through PM Shinawatra to work about this immediate issue, and that we take
08-10-2009 | Industry, Real Estate & Constr …
VAG-Armaturen GmbH
Robert Fellner-Feldegg awarded Professorship
The Managing Director of the VAG Group, Mr Fellner-Feldegg, Industrial Engineer, has recently been honoured with a Professorship. Mr Fellner-Feldegg was awarded the title of visiting professor for a 3-year period on 30 June by the Tongji University in Shanghai. In receiving the title, Mr Fellner-Feldegg joins a host of world-renowned experts in the University's gallery of visiting professors – among them, Dr Klaus Töpfer, former German Minister for the
05-15-2008 | Leisure, Entertainment, Miscel …
WCPE
WCPE “Preview” Features Carolina Ballet’s Robert Weiss
WCPE “Preview!” Features Carolina Ballet’s Robert Weiss Interview with Artistic Director Airs May 11 WAKE FOREST, N.C. (May 9, 2008)—TheClassicalStation.org announces today that its weekly program “Preview!” will feature an interview with Robert Weiss, artistic director of the Carolina Ballet. The interview can be heard during the station’s Sunday, May 11 program that runs from 6-9 p.m. ET. Weiss will discuss the Ballet’s new production of “Sleeping Beauty” with WCPE’s
Comments about openPR
9 o'clock: discuss press release with client, 10 o'clock: submit release to openPR, within the briefest possible time release is published and displayed in a prominent place on openPR.de. I am thrilled!
Zehra Spindler, Calypso Now! - Communication Agency