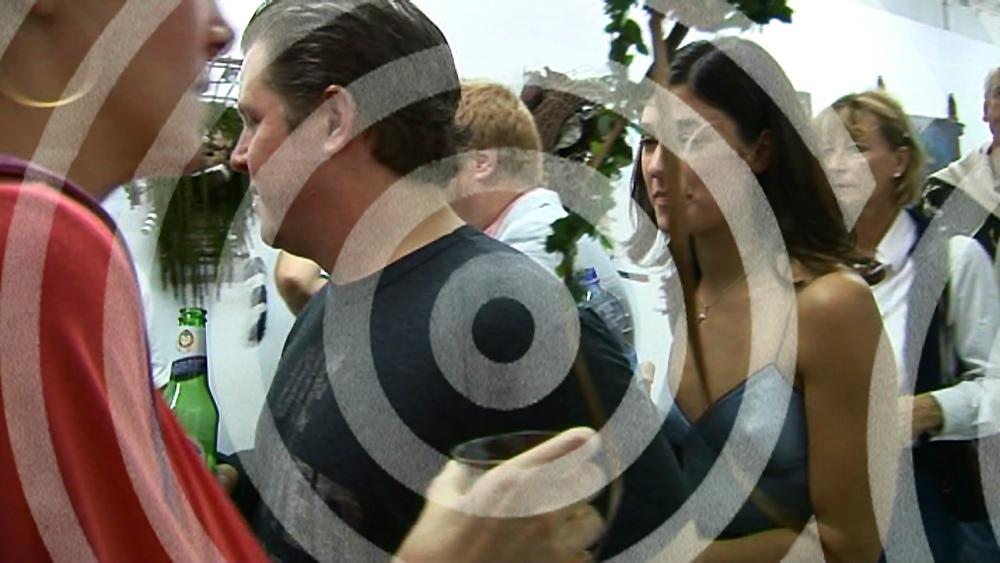 VernissageTV — the Internet’s unique TV art project — celebrates its 500th episode with more news than ever on contemporary art, design and architecture Basel, May 3, 2007. VernissageTV, the Internet TV art project founded in September 2005, just published their 500th episode. The anniversary post is, for a change, not a report on an art opening or an interview with a dealer or an artist. Rather, this video, entitled “500” is a retrospective view on the last year and a half of VernissageTV. It recalls moments with artists, such as Robert Rauschenberg, fair directors, such as Samuel Keller, curators, such as Bice Curiger, designers, such as Konstantin Grcic, and architects, such as Zaha Hadid; scenes from exhibitions, private views and events, such as the Jeff Wall retrospective at the Museum of Modern Art in New York, the opening of the Art Basel Miami Beach, or the after-show party of the Jonathan Meese exhibition at the Deichtorhallen in Hamburg. This video brings the viewer to the Art Positions containers on the beach of Miami, to the art hangar of Red Bull boss Dietrich Mateschitz, and finally, to a dash down the metallic slide created by Carsten Höller at the Tate Modern in London.Our first-ever episode, published in September 2005, recalls impressions from the opening of an exhibition by Zaha Hadid at the Museum of Architecture Basel, Switzerland. Our 499th video covers the vernissage of “Das Kapital” at the Museum für Moderne Kunst in Frankfurt am Main, Germany. Upcoming episodes will feature the mega events: Art Basel, Venice Biennial, Documenta Kassel and Sculpture Projects Münster.“My goodness, 500 episodes in one and a half years—I wouldn’t have dreamt that when we started this idea,” says VernissageTV co-founder Heinrich Schmidt. His partner, Arno Dietsche, adds: “By chance, we discovered that we got close to the 500th episode and were amazed. At an average length of five minutes per video, that’s 42 hours of documentary-style openings, exhibitions and interviews.” If you browse the extensive video archive of VernissageTV you will find the big names, such as Robert Rauschenberg and Bruce Nauman, but also young stars, including Jonathan Meese or Terence Koh. Artists such as Sigmar Polke and Jeff Wall as well as designers (Luigi Colani, Konstantin Grcic, Ron Arad) and architects (Zaha Hadid, Yona Friedman); painters such as Daniel Richter as well as Internet and multimedia artists like G.H. Hovagimyan. No wonder the Internet magazine, Mediabistro Unbeige says: “And once you‘re hooked, just spend the rest of the day browsing through the site‘s archives. A veritable treasure trove.”The overwhelming success of the Vernissage TV project wouldn’t have been possible without the commitment of the team, the open-mindedness and support of the protagonists of the art scene, and the response from our viewers and fans all over the world. “We are so happy our viewers like what we do,” says Heinrich Schmidt, “and I can promise them that there will be great things ahead. For example: The major part of our viewers comes from the United States. That’s why we will further increase our activities in the U.S. and become even more international.”Links: Anniversary Video: http://www.vernissage.tv/blog/2007/05/03/vernissagetv-turns-500/ About VernissageTV: http://www.vernissage.tv/blog/about/ Archive: http://www.vernissage.tv/blog/archive/About VernissageTV VernissageTV is an Internet TV project which covers exhibitions and events in the fields of contemporary art, design and architecture. The objective is to give an authentic insight into the world of art by the means of film / video. VernissageTV materializes as video podcast / internet tv channel / video archive. Basically there are two series: The “No Comment” section and the interviews with the protagonists of the art world. VernissageTV is widely distributed via its website and internet tv networks. Founded in September 2005 VernissageTV is growing steadily. Until now VernissageTV produced, published and archived nearly 500 episodes. Website: http://www.vernissage.tv/Press contact: Karolina Zupan-Rupp, contact@vernissage.tv VernissageTV, Totentanz 14, 4051 Basel / Switzerland Phone: 41 61 283 24 55 Website: www.vernissage.tv Main feed (RSS 2.0 encl.): feeds.feedburner.com/VernissageTV

11-25-2010 | Industry, Real Estate & Constr …
Fritsch GmbH
Fourth vernissage at the FRITSCH Technology Center
Mediterranean Light Werner Kiesel's "Landscapes" on exhibit at the FRITSCH Technology Center While many a physicist is still pondering over the question of whether light should be more properly considered a wave or a collection of particles, painters like Werner Kiesel have succeeded in instilling in their works -- if not light itself -- a palpable existence that substantially reveals the character of light. The large-scale works on display now at
08-27-2010 | Arts & Culture
Beta Klinik
Vernissage at Beta Klinik: Exhibition of Edith Kuhlendahl
Bonn, Germany. Eyes taking a stroll, thoughts reaching for the stars and minds in a balance of silence and chattiness are impossible? Not at Beta Klinik on 13 September 2010. At 7.30 p.m. arts teacher and florist mistress Edith Kuhlendahl invites to her vernissage. The collage paintings of the artist from Rengsdorf are on exhibition at Beta Klinik for 4 weeks. The collage technique of Edith Kuhlendahl´s paintings produces different
02-09-2010 | Arts & Culture
Splurge Art Gallery
KEVIN JENNE VERNISSAGE AT SPLURGE GALLERY
Splurge Art Gallery is proud to host the vernissage by Montreal artist Kevin Jenne on February 25th, 2010 at Splurge Art Gallery. KEVIN JENNE is a Montreal artist whose work has been featured across North America, Europe and Asia and featured on Television, magazine covers as well as on wine labels. His impressionistic style is infused with an inner glow and luminosity that gives each piece a life of its own.
12-15-2009 | Arts & Culture
Splurge Art Gallery
Carolina Echeverria Vernissage at Splurge Gallery - Delicate Feminism with an ed …
Splurge Art Gallery is proud to host the vernissage by Chilian artist Carolina Echeverria on December 29th at Splurge Art Gallery. CAROLINA ECHEVERRIA is no stranger to controversy. Her past exhibits have always challenged the social norm. Carolina believes in the power of a woman to change the current of perception in today’s world. A stranger in a strange land, she has adapted to a new culture, but protected
02-22-2008 | Arts & Culture
VernissageTV
Focus ARCO 2008 and Art Scene Madrid on Vernissage TV
Basel, February 22 2008 -- The current and upcoming episodes on Vernissage TV focus on the art scene in Madrid, Spain and the 27th International Contemporary Art Fair ARCO 08. This year\'s edition of ARCO has seen significant changes. In its aspiration to improve the competitiveness of the fair the fair management invited more galleries from outside of Spain. Vernissage TV\'s coverage of the fair comprises of a two part walkthrough
01-25-2008 | Arts & Culture
VernissageTV
Vernissage TV Uploads its New, Wide-screen Format
The pioneer of art-world television on the Internet brings its viewers an upgrade to 16:9, doubling the previous format size January 25, 2008 -- Since its founding in September, 2005, Vernissage TV--the Internet pioneer in art-world television--has produced, published and archived over 750 episodes about contemporary art, design and architecture. During Art Basel 2007, Vernissage TV recorded 24,000 downloads a day. Since then, the number of viewers and subscribers has
Comments about openPR
I can't but agree to the positive statements about your portal: easy to use, clear layout, very good search function, and quick editing!
Jens O'Brien, Borgmeier Media Communication