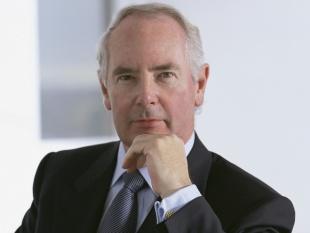 Coventry Cathedral will be ringing to the sounds of singers and musicians at a special concert to raise money for the Royal Marines Charitable Trust Fund on Saturday. The Band of Her Majesty’s Royal Marines and the Exeter Festival Chorus will be joined by Coventry-based The Saint Michael’s Singers to perform Eternal Voices, and Sir Peter Rigby, Deputy Lieutenant of the West Midlands, will be among the audience to hear a performance of the show which raised over £23,000 at last year’s premier at Exeter Cathedral. Eternal Voices tells the story of a Royal Marines family who lose their loved one in a conflict and the effect on his wife and their young son. The music honours the Fallen, their families and friends, serving personnel and those struggling to recover from mental and physical injuries sustained while serving their country. The programme will also include a range of other military and patriotic pieces and Andy Knowles from BBC Midlands Today will act as compere. “This promises to be a memorable evening of wonderful music and singing while raising money for a worthy cause. The Royal Marines Charitable Trust Fund has set itself a challenge of raising £6 million by 2014 which is the 350th anniversary of the Royal Marines. Their important work is varied and far-reaching and involves helping the wounded and injured with their transition into civilian life as well as financing memorials and funding homecoming events. This evocative programme will send a shiver down your spine and I would urge anyone who doesn’t already have any plans for Saturday night to come along and support this fantastic charity, with all proceeds from the evening will be given to the Royal Marines Charitable Trust Fund,” said Sir Peter, Chairman and Chief Executive of Specialist Computer Holdings (SCH plc) and owner of Coventry Airport. Tickets (concessions are available) can be bought from Coventry Cathedral’s box office on 024 7652 1210 or from Visitor Centre Welcome Desk inside the Cathedral for the event on October 15 at 7.30pm. . - Revolver PR 38 Lansdowne Crecent Glasgow G20 6NH

12-20-2011 | IT, New Media & Software
Revolver PR
SDG becomes primary EMEA distributor for License Dashboard
EMEA Specialist Technology Distributor SDG, has been named primary EMEA distributor for Software Asset Management solutions vendor License Dashboard. The announcement will enable SDG to introduce an enhanced range of asset management services across its portfolio. Working closely with its partners, SDG now plans to give resellers the opportunity to offer end users a comprehensive range of products and on demand services. “Put simply, Software Asset Management initiatives allow organisations to streamline
12-16-2011 | IT, New Media & Software
Revolver PR
BongoMagic software aims to breathe life into online recruitment
Developers of relationship and referral marketing software BongoMagic, have warned that the majority of online recruitment providers are failing to harness the power of social media networks and changing consumer behaviour online, missing high quality candidates, particularly passive candidates and limiting the reach of recruitment campaigns as a result. “Traditional online recruitment has become a static commodity unable to respond quickly to new and productive online trends. They compete for the
12-01-2011 | Advertising, Media Consulting, …
Revolver PR
Pioneering Relationship Marketing Software Provider Larosco appoints Digital PR …
Larosco, the company behind BongoMagic and provider of innovative relationship marketing technologies for businesses, has appointed Digital PR agency Revolver to provide a comprehensive range of PR, communication and media outreach services to raise awareness of its advanced software system and service offering. Specialising in technological innovation, Larosco has developed BongoMagic, a unique relationship and referral marketing tool which helps businesses maximise the value of existing networks and contact databases, enabling
11-30-2011 | Business, Economy, Finances, B …
Revolver PR
SCC predicts video conferencing upsurge in face of travel disruption
Leading integrator SCC has predicted that businesses across the country are set to urgently upgrade their video conferencing infrastructure as the UK prepares itself for a year of travel chaos. With the public sector workers' strike on Wednesday November 30th tipped to cause delays of up to 12-hours at Heathrow, Britain's business community is bracing itself for the start of months of travel difficulties. Operating in an environment where a prolonged