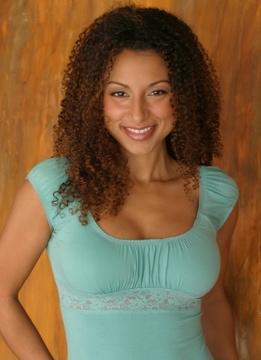 Los Angeles, CA (April 21, 2007)— Sabrina Sloan, top 16 finalist from hit Fox TV show American Idol, is set to judge a dog contest at New Leash On Life Animal Rescue’s 6th annual Nuts for Mutts dog show on April 22, 2007.Nuts for Mutts was created by K9s Only (all-inclusive doggie destination) owners, Bobby and Kelly Dorafshar to help raise money for New Leash On Life’s Animal Rescue’s life saving programs and to raise awareness about animals in need and the value of a dog. The dog show is comprised of 30 entertaining categories. Because Nuts for Mutts is switching the judging format and doing it “American Idol” style this year-- Sabrina Sloan was the perfect fit to be a celebrity judge. One category she will be judging is Most Vocal.“My dog Teddy and I can’t wait to attend the Nuts for Mutts dog show. Not only will judging be a blast but I wholeheartedly believe in the New Leash on Life Animal Rescue organization and I want to help raise awareness for their terrific cause,” says Sabrina Sloan. “I can’t wait to hear those pooches sing!”Sabrina Sloan will be judging among a reported group of other compassionate celebrities such as Ian Somerhalder (Lost), Wayne Knight (Seinfeld), Alaina Alexander (American Idol), Patricia Kara (Deal or No Deal) to name a few.For more information on Sabrina Sloan, or for media inquiries, please contact Mona Loring at contact@monaloring.com. For information about the event and organizations, please visit websites: www.newleash.org and www.nutsformutts.com.###About Sabrina Sloan: After years of watching American Idol on television, Sloan decided to take the plunge and audition. Her talent helped her progress to the Hollywood round and one week before the Hollywood week competition, Sloan was involved in a devastating car accident. She was hit by a truck running a red light. Sloan was rushed to the hospital with a black eye, nose contusion, fractured ribs, sprained ankle, and puncture wound. In spite of her pain, she progressed through Hollywood but her time on American Idol came to an end after she made it to the top 16. Sloan’s exit from American Idol left many fans and viewers in shock. According to public opinions from blogs, radio shows and other media, Sloan’s departure was neither warranted nor expected.Media contact is MLC PR: Mona Loring contact@monaloring.com 805-231-3182