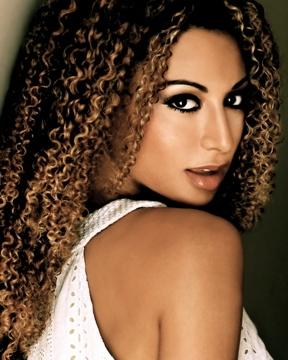 Los Angeles, CA (October 11, 2007)— In addition to recently recording her new album with Universal Records Motown, Sabrina Sloan (American Idol Season Six) will be starring in the new musical Ray Charles Live! at The Pasadena Playhouse. Sloan will be playing Margie Hendricks, a prominent role brilliantly played by Regina King in the film “Ray.” Directed by Sheldon Epps, Ray Charles Live! is based on the book by Pulitzer Prize-winning playwright Suzan-Lori Parks. The show features a fantastic ensemble of Broadway talent, and a sensational selection of Ray Charles’ songs including “Georgia On My Mind,” “Hit The Road Jack,” and “I Got A Woman.” About the experience, Sloan shares, "Along with working on my upcoming debut album, I'm staying true to my theatre roots and getting back on the stage. It feels great to perform live." Reportedly, many of the producers from the critically-acclaimed and Academy Award-winning film “Ray” have been extremely involved in the production and the creative design of the stage show. Previews for Ray Charles Live! begin October 31, 2007, and the show officially opens on November 9th and runs through December 23rd. For dates, show times, and to purchase tickets please visit The Pasadena Playhouse website at: www.pasadenaplayhouse.org. For more on Sabrina Sloan, please visit: www.myspace.com/sabrinasloan. ### For more information on Sabrina Sloan please contact Mona Loring at contact@monaloring.com or 805-231-3182. About Sabrina Sloan: After several lead roles in regional theatres, Sabrina Sloan was cast in the original Broadway production of “Hairspray” and later toured with the 1st National Touring Company of the show. As a fan of American Idol-- in 2006, she decided to take the plunge and audition for the show. Although she made her mark on America’s hearts, her time on American Idol came to an unexpected end after she made it to the top 16. As of August 2007, Sloan has been signed to Universal Records Motown and she is currently recording her debut duet album with fellow Idol contestant Sundance Head.