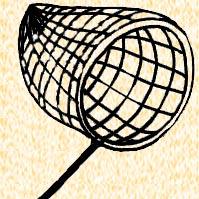 Capturing Chinese presents a new advanced Chinese reader helping students master the literature of China's best authors. Allowing students to put down their dictionaries and instead curl up with a book of Chinese literature, Capturing Chinese is a must have for intermediate and advanced Chinese language students.The new book, titled Capturing Chinese Stories: Prose and Poems by Revolutionary Authors, features five of the most influential authors in recent Chinese history as a Chinese language-learning tool to learn Chinese literature. Allowing students to put down their dictionaries and instead curl up with a book of Chinese literature, Capturing Chinese is a must have for intermediate and advanced Chinese language students.The original Chinese text is presented in simplified Chinese characters accompanied by author introductions, story introductions, pinyin, and definitions for difficult characters, historical events, etc. Audio files produced by one male and female native Chinese speaker will be free to download with each book.Editor, Kevin Nadolny, remarks, "We have consistently heard from readers that they love the format of the Capturing Chinese series and that they wished to read more works by a variety of authors. This new Capturing Chinese reader is focused at meeting that demand."Prose and Poems is a compilation of fourteen short stories by authors such as Lu Xun, Hu Shi, Zhu Ziqing, Zhou Zuoren, and Lin Yutang. Lu Xun is remembered as the father of modern Chinese literature. Zhou Zuoren, Lu Xun's younger brother, was a relentless leader in China's literary revolution. Hu Shi is remembered as the revolutionary who preached pragmatic evolutionary change. Zhu Ziqing's poetry and essays continue to be read throughout China and the West for their outstanding beauty. Lin Yutang is remembered as a bridge between East and West. His translations and stories brought China to the West in new ways. Reading the great literature of these five authors is essential for a comprehensive understanding of Chinese history, and literature. The guiding mission at Capturing Chinese is to provide intermediate and advanced Chinese language students with the tools they need to build their confidence and ability at reading native level materials. Reading newspapers, short stories, novels is the keystone in mastering Chinese. However, the difficulty and uniqueness of Chinese characters brings especially large obstacles to Chinese language students. Kevin Nadolny reminisces about his own travails during his own studies: "when you are reading a book in Chinese and don't understand one character in the text, what do you do? I would spend hours looking up characters the "slow way" by searching for the character's radical, counting strokes, looking up the pinyin and then the definition. After which, I would proceed to the next characters of the many I didn't understand. I literally spent hours reading one page of a text".Besides the drudgery of this approach, dictionaries lack many of the difficult words, lack historical explanations, and don't list important historical figures and places. Since many Chinese characters have multiple meanings, knowing which meaning is appropriate in the given context is an additional obstacle. Therefore, even the most diligent student can get bogged down on a few difficult characters and phrases.The Capturing Chinese series changes the learning process. Instead of looking up characters, the definitions are already provided. The reader can enjoy reading and understanding the text instead of thumbing in their dictionary. Capturing Chinese is a bridge for students to break away from fabricated textbook stories and into real, substantial Chinese literature. The goal of this book is not to translate the story into English for the reader, or have the reader read pinyin instead of the characters, but only to provide him with tools so that he can read the text on his own, come up with his own translations, and master reading the stories in their original Chinese.Capturing Chinese Stories: Prose and Poems by Revolutionary Authors is the fourth book in the Capturing Chinese series. More information on the book and where to buy your own copy can be found at www.capturingchinese.com/catalog/capturing-chinese-stories-prose-and-poems-by-revolutionary-chinese-authors/About the Author Kevin Nadolny is the founder and president of Capturing Chinese Publications. He finished East Asian Studies at Cornell University and took Advanced Chinese Training at Beijing Language and Culture University in 2005. After eight years of rigorous study, he now speaks fluent Mandarin Chinese. Kevin currently lives in Japan together with his lovely wife. He dedicates Capturing Chinese to advanced/intermediate Chinese language learners and believes that reading Chinese literature is essential. Literature makes the learning experience more motivating and exciting. Reach Kevin at kevin.nadolny@capturingchinese.com.Capturing Chinese Publications LLC is an academic press focused on giving confidence to Chinese language students by showing them that even at the intermediate level they can start to read engaging Chinese literature. While other textbooks assume their students will not be able to tackle more difficult texts, Capturing Chinese provides unabridged, original and exciting Chinese texts. After reading our books, Chinese language students will have the confidence to tackle other novels, newspapers, magazines on their own.Capturing Chinese Publications LLC Attn: Kevin Nadolny 5442 Dumfries Houston, TX 77096 USA www.CapturingChinese.com Reach Kevin Nadolny @ kevin.nadolny@capturingchinese.com