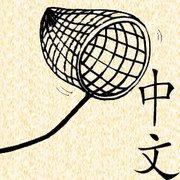 CHINA (April 2011) – To aid advanced and intermediate students who find difficulty in learning Chinese, Kevin Nadolny, founder of Capturing Chinese, has published another masterpiece of Lu Xun --- The New Year’s Sacrifice. This new book is part of the Capturing Chinese series written by the Father of Modern Chinese Literature,Lu Xun. Every book is set in an inventive format to ease the painstaking process of mastering the Chinese language. Founder and author, Kevin Nadolny, has devised a unique approach to learn Chinese literature. Kevin who was once foreign to the language has succeeded in mastering Chinese through rigorous study. Kevin mentions that “mastering a foreign language is like mastering another culture.” For eight years of perseverance and determination of breaking into one of the most complex language in the world, Kevin is now fluent in both spoken and written Chinese. His years of hard work have given him the passion to help others who have taken the same challenge.In an interview with The China Beat, Kevin says that, “the ultimate goal for language learners is to read literature, newspapers, etc. in the original language. Reading original literature provides a raw path to understanding the history, social structure and philosophies of another culture. Textbook lessons are great and necessary for beginning and intermediate students, but reading original literature is the cornerstone of becoming an advanced student.” Upon reading Lu Xun’s work, such as “Capturing Chinese: The New Year’s Sacrifice,” students can now learn Chinese while understanding history and culture at the same time.“The New Year’s Sacrifice” tells the tragedy of a woman who has been widowed twice and then ostracized from taking part in traditional sacrifices such as Zhufu, the sacred rite that takes place during the lunar New Year period. Through this story, Lu Xun explores broader cultural and social themes from his time such as women’s rights and arranged marriage practices. Capturing Chinese chose Lu Xun’s work because of his exemplary ideals and copious contributions to Chinese literature. Considered as one of the major Chinese writers from the 20th century, he is now known as the Father of Modern Chinese Literature. He wrote in both classical and vernacular Chinese. Today, his works continue to influence the minds of the Chinese as well as being translated into many other languages including English, Spanish, and Japanese. Capturing Chinese’s unique strategy to language acquisition involves Lu Xun’s simplified stories in Chinese along with pinyin. Capturing Chinese: Lu Xun’s The New Year’s Sacrifice also includes an English translation. Looking up difficult words in the dictionary one by one is very taxing and frustrating. Now, students can finally put down their dictionaries because the book lists all the complex vocabulary words and phrases along with their meanings. Illustrations throughout the stories make the learning experience more imaginative. “Capturing Chinese: Lu Xun’s The New Year’s Sacrifice” is now available at www.capturingchinese.com. About the AuthorKevin Nadolny has been learning Chinese for the past eight years. He took East Asian Studies at Cornell University and finished Advanced Chinese Training at Beijing Language and Culture University in 2005. He was once foreign to the language but managed to capture it through diligence and perseverance. Kevin aims to ease the pain of Chinese language learners through an innovative learning strategy that will surely aid intermediate and advanced students. He dedicates Capturing Chinese for those whose undertakings were once same as his. Kevin currently lives in Tokyo, Japan with his lovely wife. He certainly likes to hear from you. Reach him through kevin.nadolny@capturingchinese.com. ###Capturing Chinese Publications LLC is an academic press focused on bringing more quality Chinese textbooks to market. They pride themselves on offering their customers quality books that will improve their Chinese and on offering their authors substantial royalties to show that their hard work is greatly valued.Capturing Chinese Publications LLC Attn: Kevin Nadolny 5442 Dumfries Houston, TX 77096 USA www.CapturingChinese.com Reach Kevin Nadolny @ kevin.nadolny@capturingchinese.com