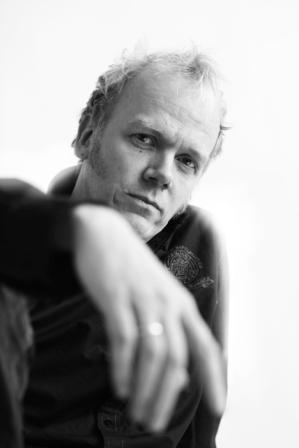 Someday Jacob: Music written, played and sung by a man called Joern Schlueter from Bremen, North Germany. The forthcoming „Morning Comes“ (out October 2011 through Songs&Whispers/Cargo) is his full-length debut. There are thirteen songs on that album, all of them can be called Singer-Songwriter or Indie-Folk or Folkpop. Schlueter has been writing songs for a number of years, sometimes for himself, sometimes for others. With Someday Jacob Schlueter is as close as it gets to the music he loves. Some of these tunes echo Paul Simon, others echo the craftsmanship of artists like Neil Finn and Ron Sexsmith. During these last two years, friendships were built. Someday Jacob became a band, and as part of the Songwriter's network Songs&Whispers (also a record label), Schlueter started touring with many great bands from the UK like Viarosa, The Epstein, Daisy Chapman, Johnny Parry Trio, Buzzard Lope as well as german artists like Robert Carl Blank, Arne Kopfermann and Sara Lorenz. On „Morning Comes“, some of those friends are at work, e. g. Richard Neuberg (Viarosa), Nadja Rüdebusch (Binoculers) and Fiona Brice (Midlake, Placebo).Discography 2009 – „Someday Jacob“ (EP) 2011 – „Morning Comes“ (album) -----------------------------------------------Artist: SOMEDAY JACOB Title: “Morning Comes” Format: CD + DOWNLOAD Label: “SONGS & WHISPERS” Distribution: Cargo Records (physical) Distribution: Zebralution (download) Release date: Friday 7th October, 2011 LC: 23452 EAN: 4024572505868 File under: INDIE – FOLKSince January 2009 “Songs & Whispers”-concerts take place every month in different venues around Bremen. International and local artists are fascinating a growing audience in special venues like historical cinemas, theatres and cozy bars. The musicians’ genres vary from Alternative Folk, Alternative Country to Americana, Bluegrass or Singer-Songwriter. The atmosphere of the concerts is changing with the choice of venues and lives from the artists’ interaction with the audience. An important characteristic of Songs & Whispers is that most concerts are played acoustic or semi-acoustic.Songs & Whispers is aiming at creating a worldwide network of musicians and an exchange of ideas from different artists and nations. We are presenting a selection of international artists and local supports every month. Furthermore we try to be a platform for other musical organisations like schools of music in letting them perform in our supporting program. There are also special concerts like an open air concert in July 2009 or different school concerts that already took place. In the future there will be an Australia alive – Special in October and a Songs & Whispers tour in the UK in November.Songs&Whispers c/o ps promotion Cuxhavener Straße 7 28217 Bremen +49 (0) 421 5262720Presscontact: M.Boehme email: maraike.boehme@pspromotion-bremen.de

11-03-2017 | Leisure, Entertainment, Miscel …
Music Promotion Club
Vandybeatz Produces Some Enigmatic Songs On SoundCloud
If you want to witness some new kind of hip hop music you must hear the songs by VandyBeatZ. He always desired to make unique music and become popular. His dream has come true and people love to listen to him. He has released some elegant and contemporary music on the site Soundcloud. He has struggled with many odds in life and tried to include these things in his music.
09-19-2017 | Leisure, Entertainment, Miscel …
Music Promotion Club
Enjoy the fresh songs by SkagFather on the site SoundCloud
Hip hop is a popular genre that combines many elements and spoken lyrics. It is now a popular era that you will love to listen. The great artist SkagFather arrives on SoundCloud with his extraordinary music. His mind blowing beats, hypnotic fresh sound will mesmerize your soul. His clarified noise he uses in his music will give you a trip to heaven. The heart throbbing musical style with innovative technology
02-24-2016 | Leisure, Entertainment, Miscel …
OXLAEY
Film Release: "Yangon Street Songs" from Myanmar
"Yangon Street Songs" is a brief walk through the streets of Yangon, following and listening to the songs of the street vendors. The film is Creative Commons. "Melodies ring through the streets of Yangon, Myanmar. From female monks giving blessings, to the singing of a street vendor selling sweet drinks, or a bus driver belting out the stops - Yangon hums with music." Press Kit: https://drive.google.com/file/d/0B6CR5YjelTyeajUwV2RGWUhZS0E/view?usp=sharing Yangon Street Songs (2016) Time: 2’13” •
09-13-2013 | Arts & Culture
SONGS&WHISPERS
"SONGS & WHISPERS" CIRCUIT 10/2013
From September 13th to October 6th the international music network sets up the ninth CIRCUIT of 2013. The following artists will be part of the tour across north-western Europe: STRESSECHOES (Cheltenham, UK) www.stressechoes.com Stressechoes are a four-piece acoustic act from Cheltenham in the southwest of England. Founded in 2008 when introduced by mutual friends, singer-songwriters Alex Petrie and Andrew Corey realised both a mutual love of similar music and an ability to gel together
04-16-2012 | Arts & Culture
SONGS&WHISPERS
"SONGS & WHISPERS" CIRCUIT 04/2012
From April 13th to May 6th the international music network sets up the fourth CIRCUIT of 2012. The followung artists will be part of the tour across north-western Eutope: A Jigsaw (Coimbra, PO) http://www.ajigsaw.net A Jigsaw is Portuguese Indie-Folk band consisting of the three multi-instrumentalists musicians Joao Rui, Susana Ribeiro and Jorri. The band is named after the Belgium band dEUS song “Jigsaw You”. In 2007 they released a concept album called Letters From The
01-17-2011 | Business, Economy, Finances, B …
MeriDhun Treasures the Emotion behind Personalized Songs
MeriDhun Treasures the Emotion behind Personalized Songs
Indore, Madhya Pradesh – January 15, 2011 – Romance is always in the air when you love each other and there are several ways to be romantic with a personal gift song. You can start out by getting flowers and making dinner. When the lights go down, you can put on music and play the personal song for her. Personalized songs bear the essence of those couples that fall in
Comments about openPR
OpenPR ist the nicest and most clearly laid out PR platform I have seen to this day. The press releases are displayed very nicely and clearly and without any unnecessary frills. The updates are fast and the finished release looks appealing and is clearly legible. Even with 16 years of experience one discovers new things from time to time. Congratulations!
Gabriele Ketterl, Director Marketing & PR, Menads