Are rare earths used in Solar Panels and Batteries 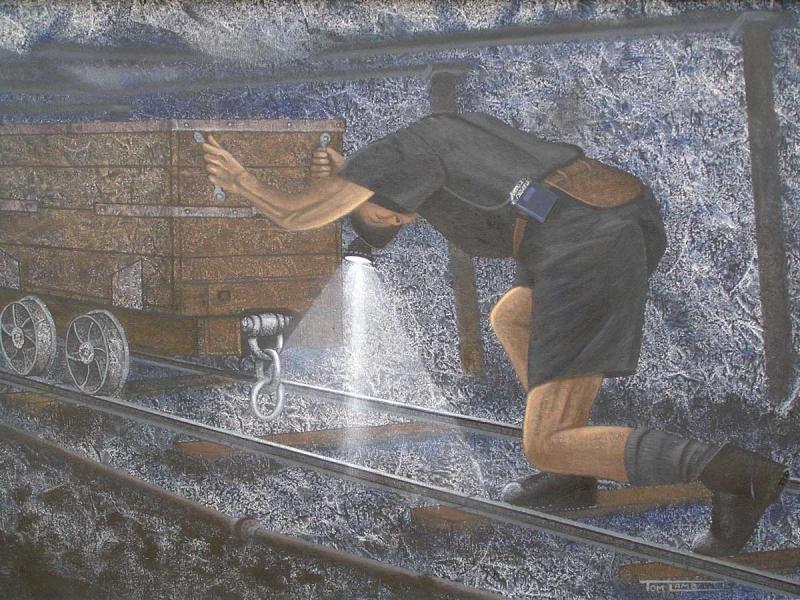 According to a report by ADEME , the earths are not so rare. Especially in photovoltaic or solar energy and battery technologies are not widely used. Despite their name, they are not that rare.The rare earth consumption in the area of ​​the generation of renewable energies is mainly due to the use of permanent magnets for offshore wind energy, which are only used by a small part of the wind turbines on land (about 3% in France). The assessment of the mass of permanent magnets required for the entire French onshore wind farm, which was installed from 2000 to the end of 2018, shows amounts of neodymium and dysprosium, each accounting for less than 1.5% of the annual global market. Nevertheless, an offshore wind capacity of 120 GW worldwide and in terms of annual worldwide production is forecast in a 10-year horizon. For rare earths, demand accounts for less than 6% of annual neodymium production and more than 30% of annual dysprosium production.In this context, at least one manufacturer already offers wind turbines that do not use permanent magnets for implantation at sea, knowing that there are alternatives: for example, asynchronous generators or synchronous generators without permanent magnets. Currently marketed photovoltaic solar technologies do not use rare earths. Of the commonly used batteries, only nickel metal hydride (NiMH) batteries contain a rare earth alloy on the cathode, but their use remains very low in the energy transition. To the best of our knowledge, no other technology for the conversion of renewable energy uses significant amounts of rare earths.The report in French is a rough translation and a PDF or image to text generator to copy yourself into the translator.Recognize text from an image or PDF. Online without expensive software or annoying advertising. Link to many more tools and free online Calculators on our Homepage. http://www.pv4.eu/are-rare-earths-used-in-solar-panels_2009.htmlin German for Photovoltaik für Österreichhttp://www.photovoltaik.or.at/werden-seltene-erden-in-sonnenkollektoren-verwendet_1813.htmlPV4.eu Photovoltaic for Europe Sieveringerstrasse 28 A-1190 Vienna info@pv4.eu +43 2252 256 361Through a family business founded in 1985, I have been working independently with subsidiaries companies, for over 20 years in the field of computer science and renewable energies.Even as a child, I was fascinated by the family's small hydropower plant in Styria and since then I have been in flames for sustainable solutions.

04-21-2020 | Energy & Environment
Photovoltaic for Europe
TOP 5 Most Efficient Commercial Available Solar Panels March of 2020
he photovoltaic industry has made tremendous progress and is the cheapest way to build new electricity production capacity worldwide. Another positive feature is that photovoltaics produce no emissions. Finally, the danger of fine dust as a possible intensifier of the course of a coronavirus disease has also caught the attention of the media. ? We should focus much more on resilient and decentralized solar energy, also to improve the health, living conditions and financial
03-12-2020 | Energy & Environment
Photovoltaic for Europe
Calculate Corona doubling by yourself
"The greatest weakness of humanity is its inability to understand the exponential function," said physicist Al Bartlett in his book "The Essential Exponential!" written. For Example there are 112 (known) corona cases in Austria today and the rate of duplication (outside of China) is 4 days. So could there be 1 million cases in Austria in just over a month? Do the calculations yourself with this doubling calculator: http://www.pv4.eu/calculate-corona-doubling-by-yourself_2048.html But you can use
01-17-2020 | Energy & Environment
Photovoltaic for Europe
Ski Lift can run on photovoltaic electricity of the summer
“In summer, weights are transported up the mountain and left in the valley in winter, and the photovoltaic energy of summer is available in dark winter.” Bill Gates explained his investment in lift or gravitational energy storage technology in a similar way. Batteries are getting cheaper and cheaper and will soon offer a cheap, short-term solution for storing energy for daily energy needs. However, the long-term storage capacity of batteries, for example
10-24-2019 | Energy & Environment
Photovoltaic for Europe
How many Exponential Steps to Mars
When we want to understand the exponential impact to the biosphere Johan Rockström can help, speaking from the World Economic Forum in Zurich: If I take 35 linear steps, I’ll barely reach the coffee stand outside of this room. What happens if I take 35 exponential steps(Steps doubles up)? I’d reach Copenhagen after 21 steps. Three more steps, I’m in New York. Another two steps and I encircle the entire

09-21-2018 | Arts & Culture
PR for RETROSPECT
“Retrospect” by Tom Tottis is published
ISBN #978-1787197305 “Retrospect” by Tom Tottis is published A family saga spanning three generations from Budapest in the 1920s to London in the 1990s About the Book: Based on a true life story, RETROSPECT is about human fortitude, chronicling the life of a Hungarian family, eventually reduced to just mother and son, and their struggle during Nazism in the early 1940s, followed by tyrannical Communism, the Hungarian Uprising in 1956, and the aftermath. From Budapest
07-09-2018 | Business, Economy, Finances, B …
ReportsWeb
Automotive Telematics Market 2018-2022 Global Key Companies - Trakm8 Holdings, T …
Telematics is the field of science in which the long-distance transmission and communication between computer-based information is arranged. In simple terms, receiving, storing and sending of computer based information is performed with the help of telematics system. The technology of telematics is generally used in different types of vehicles. Automotive telematics is the technology that deals in ensuring the safety of the car and its passengers by providing diversified computer-information based
05-24-2016 | Advertising, Media Consulting, …
Amscreen
AMSCREEN TERMINATES AGREEMENT WITH TOM GODDARD’S DIGICOM
Amscreen regretfully announces that it has today terminated its sales agency agreement with Digicom Out Of Home Digital Media Limited (“Digicom”) and temporarily suspended the advertising service on its network of forecourt screens. This follows the filing of a Notice of Intention to Appoint an Administrator by Digicom on Friday 13th May 2016. We were informed by Digicom shortly after this that payments due to Amscreen under the terms
02-05-2013 | IT, New Media & Software
Omniplex Ltd
Tom Kuhlmann explains ‘interactivity’ at Omniplex seminar
Tom Kuhlmann, one of the world’s best known e-learning designers and currently number three in the ‘World’ list of the Top Ten Movers and Shakers in corporate online learning, discussed the ‘what, when and how of interactivity’ with an invited audience at The Cellar at Vinopolis, on London’s south bank, at the end of January. Hosted by Omniplex, an official certified Articulate partner and an Articulate Centre of Excellence, as a
04-22-2011 | Arts & Culture
Aurel Scheibler / ScheiblerMitte
Tom Chamberlain : Some Other Time
Tom Chamberlain Some Other Time Opening: 29 April 2011, 6 - 9 pm Duration: 30 April – 24 June 2011 Location: Aurel Scheibler / ScheiblerMitte Charlottenstraße 2 (in the Alley) 10969 Berlin The British artist Tom Chamberlain (*1973) engages the simplest of artistic means to achieve an unusually high degree of visual complexity
05-16-2008 | Industry, Real Estate & Constr …
PMForum, Inc.
Tom Taylor named PM Ambassador™ in UK
APM Fellow Tom Taylor joins the PM Ambassadors™ Speakers Bureau in England Dallas, Texas — PMForum, Inc. is pleased to announce that Tom Taylor, former Chairman and a Fellow of the Association for Project Management (APM) in the UK, has joined the PM AmbassadorsTM Speakers Bureau. Based in London and with over 30 years of front-line project management experience, Tom advises organizations and speaks on project management throughout the UK.
Comments about openPR
OpenPR ist the nicest and most clearly laid out PR platform I have seen to this day. The press releases are displayed very nicely and clearly and without any unnecessary frills. The updates are fast and the finished release looks appealing and is clearly legible. Even with 16 years of experience one discovers new things from time to time. Congratulations!
Gabriele Ketterl, Director Marketing & PR, Menads